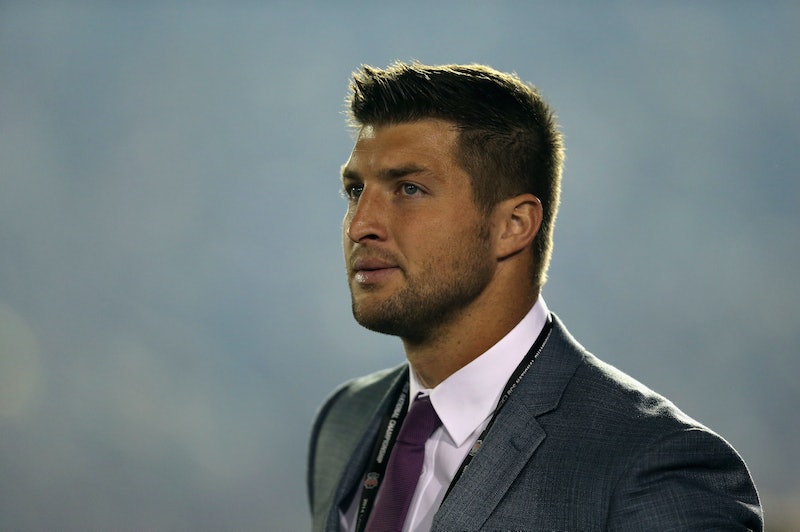 I hate to be the bearer of bad news, but, despite all the rumors that have been going around claiming that one of the NFL’s most renowned football players and a Duggar girl have been courting, someone has just been trolling the Internet — again. Unfortunately, for those of you who were eagerly looking forward to another Duggar wedding or baby, it looks like you’ll have to keep waiting, because Tim Tebow and Jana Duggar are not dating.

“Tim and Jana Duggar have never even met,” Tebow’s rep told Us Weekly in a statement. So there you have it; that pretty much says it all. Although both celebrities have their close ties to religion in common, they’re not dating — you kind of have to actually meet for that to happen.

But, who knows? Maybe after all of this Tebow-Duggar talk, the quarterback might actually try to talk to Jim Bob so he can actually begin courting Jana. After all, who knows if Jana was even on Tebow’s radar before all of this happened?

If nothing ever comes from these rumors, however, I at least hope Jana meets someone she really loves on her own terms.

More like this
Gigi Hadid’s Dad Shared What He Knows About Those Leonardo DiCaprio Rumors
By Brad Witter
Who Is Nick Cannon Dating & How Many Kids Does He Have?
By Jordyn Tilchen and Radhika Menon
Justin & Hailey Bieber’s Relationship Is “Unbreakable” After Their Two Health Scares
By Bustle Editors
We’re Still Not Over Britney Spears & Prince William’s “Cyber” Relationship
By Sam Ramsden and Sophie McEvoy
Get Even More From Bustle — Sign Up For The Newsletter