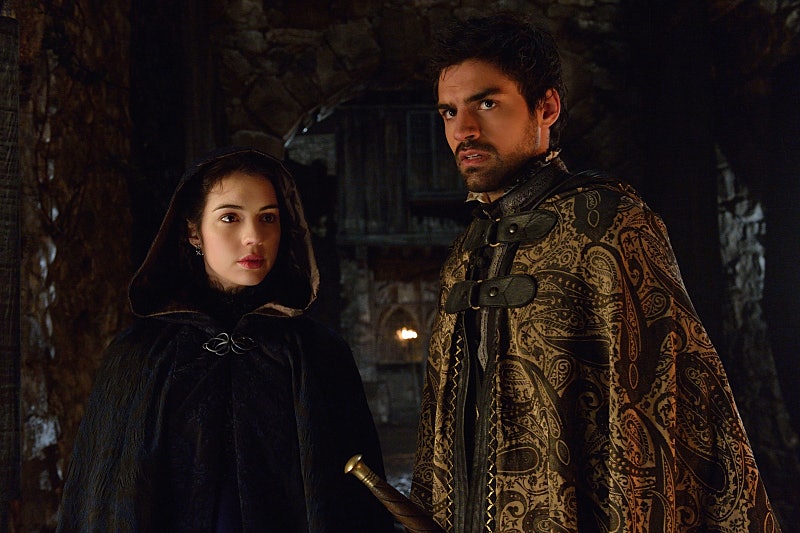 If you don’t already know the actor playing Prince Shalem in Lifetime’s The Red Tent , you are going to thank me after this article, because he might be your new obsession. Sean Teale plays Prince Shalem in the two-part miniseries based on the novel by Anita Diamant, premiering on Sunday, Dec. 7. Shalem is the love interest of the miniseries' main character and narrator, Dinah. The Red Tent changes and adds to the brief story of Dinah found in the Bible, and Shalem is very different in Diamant's tale.

In the Bible, he is referred to as Shechem, and he rapes Dinah before eventually marrying her. However in The Red Tent, Shalem and Dinah fall in love and have a consensual relationship. They get married without asking for permission from Dinah's father, Jacob, but Shalem offers to pay Jacob a huge bride price (because fathers essentially sold their daughters in those days), and agrees to get his whole tribe circumcised instead. But after this peaceful agreement, things get pretty crazy, and let's just say you won't be seeing much of actor Sean Teale in the second half of Lifetime's adaptation.

So before you have to say goodbye, where have you seen this handsome prince before?

Of course Teale’s most famous role is that of Nick Levan, the popular rugby player on the British version of Skins (the only version that matters). He falls into a complicated love situation with his girlfriend Mini, because he starts to fall for her best friend Liv. Oh yeah and Liv is dating Nick’s brother. High school is complicated.

Teale might be taking on the role of prince in The Red Tent, but it’s not his first time in a fancy position of power. He play Louis Condé in Reign, a count in the second season of the show, where he was also known as "The Prince of Blood."

Jeremy Piven stars in the PBS British drama as the founder of Selfridges department store. Teale joined the second season as Franco Colleano, who is the head waiter of the department store restaurant. The new season is currently in production, but there’s no news about whether or not Franco will be apart of it.

We Are The Freaks

Three "freaks" go out for a night on the town and Teale’s name in the movie is Chunks. Dear Netflix, please bring this to me ASAP.