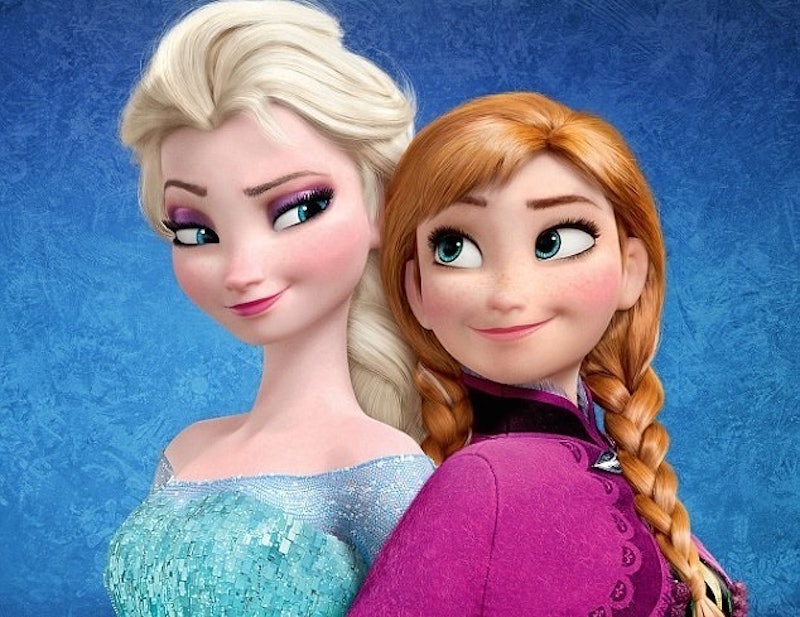 Apparently an ice princess can teach a seasoned international spy a thing or two about DVD sales. The Independent reports that the animated Disney film Frozen has officially sold more DVDs than the Bond movie Skyfall , which makes it the decade's second biggest-selling DVD. Frozen's already been declared 2014's top-selling release, and the fact that its current DVD/Blu-Ray sales are numbered at more than 3 million provides even more evidence that Elsa and friends can do no wrong.

Since 2010, only two other films have sales that surpassed the three million-mark, according to the Official Charts Company, and Frozen now joins Avatar at the top of the charts. Avatar may be this decade's current best seller, but, given Frozen's mounting number of accolades, it may not be long before it passes the torch on to the Disney favorite.

It's actually become quite the task to keep track of all this Frozen news, which continues to surface at an unbelievable pace considering the film's already a year old. Reportedly, there's a possible Frozen sequel in the works, and a Disneyland ride debut scheduled for January, all in addition to a confirmed short film coming next month.

It's a lot to take in, but, with the amount of records it's breaking, no one can say they didn't see it coming.

More like this
Meghan Markle Resumes 'Archetypes' Podcast After The Royal Mourning Period
By Bustle UK
Everything You Need To Know About The 'Knives Out' Sequel
By Bustle Editors
A New Scooby-Doo Movie Confirmed Velma Is Gay & Twitter Is Pumped
By Radhika Menon
Everything You Need To Know About ‘Black Panther: Wakanda Forever’
By Bustle Editors
Get Even More From Bustle — Sign Up For The Newsletter