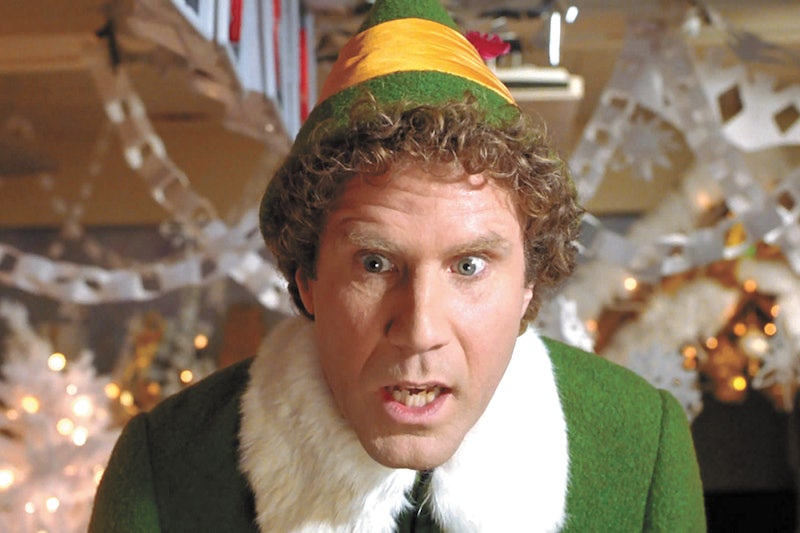 If you've seen the movie Elf, and, honestly, at this point, I'd be hard pressed to find someone who hasn't, you might agree with the following notion that seemingly, Buddy the Elf lives an ideal life. He's happy, he's vivacious, he lives in a perpetual, gleeful holiday season, and, most importantly, he never wears pants. Like, ever. What about that sounds displeasing? Well, on the surface perhaps, it doesn't really seem like much. But, when you start to dig deeper and let all the little elf nuances and ticks stew in your mind, you realize that are some major pitfalls to being an elf, especially one of Will Ferrell's stature, couple with Buddy's blind innocence and the mean streets of Manhattan.

Not to rain on your Elf parade (and I know you're waving that flag high and proud) or anything and be a total Grinch about your one true fictional Christmas hero, but I have to keep it real. After all, keeping it real is mandatory for me, because I took a blood oath. So here it is: being an elf is not all it’s cracked up to be. Here are the following ways being an elf like “Elf” would sorta, kinda suck.

One way being a real life Elf wouldn't suck? Being married to Zooey Deschanel.

Being Susceptible to a Variety of Diseases

Here's to hoping the medical care in the North Pole is up to par.

No one's gunna text you back with that kind of crazy.

It's Impossible to Insult Anyone, Even When You Want To

Unless you wanted your insults to be adorable.

Your Degree of Naivety is Actually Dangerous

What you don't know will most certainly hurt you. Or hit you. Head on.

But you saw the cat do it and that went so well.

Hygiene is a Privilege, Not a Right

Bonus: your hat doubles as a shower cap.

You're not exactly wrong, though.

Your Outfit Choices Are Lacking...

...And Shopping Malls Aren't an Option

Making your mustard colored tights work overtime to keep you in place.

You are a Walking Motive for Murder

And you have no idea when it's coming.

You Have Crippling Guilt

It's not your fault the world is so harsh and jaded and you're so cuddly and endearingly ignorant.