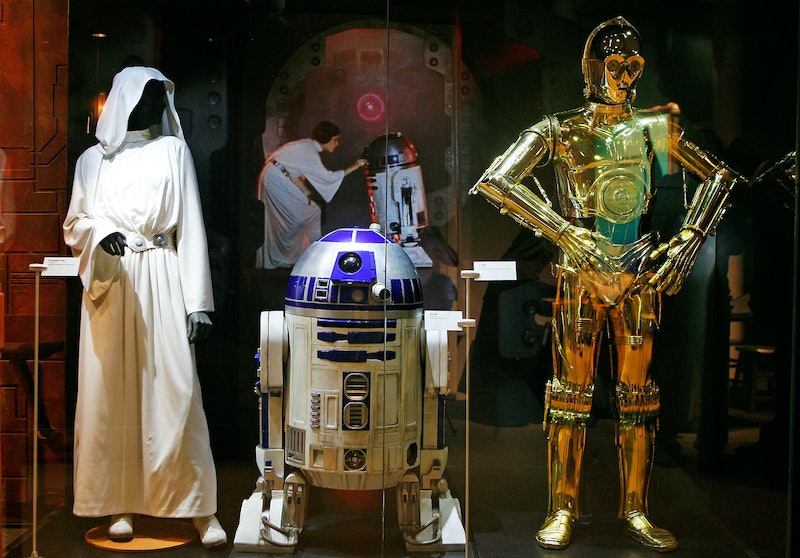 Star Wars is more than a set of science fiction movies. Star Wars is a pop culture phenomenon that has created multiple generations of loyal fans. There is arguably no other movie or franchise that has had such a profound effect on a such a mass amount of people. You can buy Star Wars everything from outfits to figurines to furniture. You can watch eight Star Wars films, eight television series and specials, and play plenty of video games. Aside from these officially licensed productions, there are also plenty of spoofs to entertain you. Currently the internet is buzzing over Bobby Moynihan's portrayal of Princess Leia in a recent spoof on Saturday Night Live .

Yes, you read that right. Bobby Moynihan is portraying the female protagonist of the saga, not Luke Skywalker or Darth Vader or the other prominent male characters. It is hilarious and you just have to watch it. With a new Star Wars movie on the way, expect the number of new spoofs and parodies to be on the rise. Get ready to laugh, obsess, and share these videos. But before that happens we should look at some of the most hilarious Star Wars spoofs currently in existence.

Saturday Night Live's spoof shows your favorite Star Wars characters 30 years after Return of the Jedi hit theaters. Bobby Moynihan has pigtail buns and it is a must-see. Am I the only one wishing that this was the trailer for an actual movie?

This is pretty funny because it is a very literal recreation of the actual Star Wars: The Force Awakens trailer, just with Legos instead of actors or animated characters. This makes me want a Lego recreation of the entire franchise.

For some reason there is a Nicolas Cage spoof or meme for just about everything, so I am not at all surprised that someone made this video. It is full of all of your favorite Nicolas Cage memes, lines, and facial expressions. And yes, it's just as weird as you expect it to be.

How Star Wars Episode IV Should Have Ended

f you get frustrated by the plot holes and unanswered questions, this short video brings it all together in a way that seems to make more sense. What do you think? Do you like this interpretation or the original?

Chad Vader: Day Shift Manager — A Galaxy Not So Far Away

If you thought Luke Skywalker had it tough being Darth Vader's son, imagine what it would be like if Darth Vader had other relatives. This web series is about Darth Vader's brother Chad Vader who works as a grocery store manager. If you enjoyed this video there are actually three whole seasons of Chad Vader for you to watch.

Family Guy spoofs everything that is relevant in pop culture, so of course it had to do an episode about Star Wars. With Peter Griffin as Han Solo and Lois Griffin as Princess Leia, you cannot go wrong. Too funny.