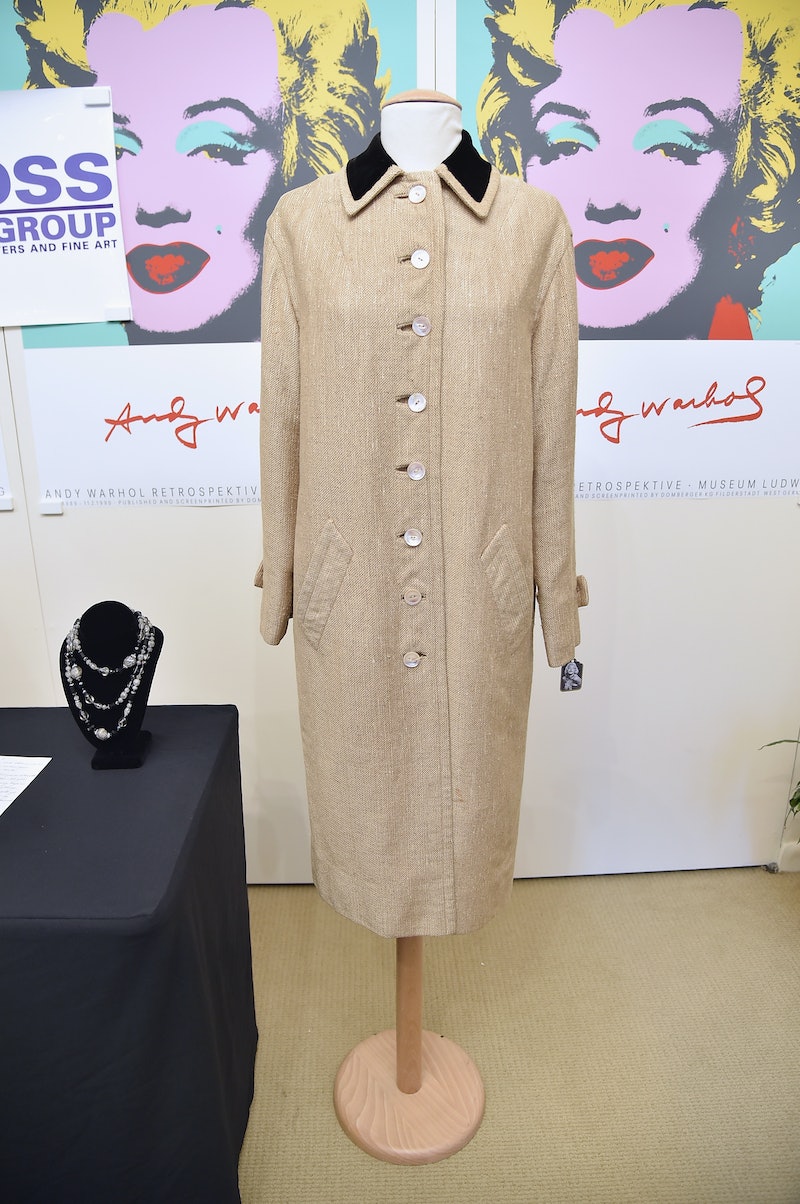 Sometimes the amount of money that people are willing to spend to get their hands on old Hollywood memorabilia amazes me. I find it especially amusing when those items consist of things like a slice of Prince Charles and Princess Diana’s wedding cake or someone’s really old “vintage” undergarments. Although I understand that people bid on these “treasures” for the sake of keeping some of our most beloved icons and movies alive, it can be a little bit ridiculous at times. So of course, I was completely stunned when I found out that a love letter from Joe DiMaggio to Marilyn Monroe sold for $78,125 at an auction on Saturday. Does that person know how much money that is?!

Yeah, seriously. Julien’s Auctions held its Icons & Idols series this weekend where it sold various items of the former starlet, from her small lip brush ($10,000) and makeup compact ($46,875), to one of her pendant necklaces ($34,375) and, get this, white brassiere ($20,000). See what I did with the vintage undergarments foreshadowing there?

But that’s not all. In fact, the big-ticket item among Monroe’s belongings was her black velvet opera coat, which sold for $93,760. Basically what I’m trying to say is that in total, with all that money you could probably buy a pretty decent house or maybe several nice cars. Then again, you could help feed starving children. No? Just me?

Anyway, along with Monroe’s items was some James Bond memorabilia, a slice of Prince William and Kate’s wedding cake (because apparently people really like their years old royal wedding cake), and the nude sculpture that the one and only Farrah Fawcett created. I mean, why not?

However, while the person who was holding onto Monroe’s items just made some major cash, there was one woman whose clothing put the actress’s wardrobe to shame. That is, the late Princess Diana’s Caroline Charles coat dress was auctioned off for $125,000. Casual. Although it’s kind of shocking to see such high numbers for things like clothing and letters, I at least have to give it to auction houses for being involved in charity work as well. Otherwise, I’m not quite sure what all the hype is about.

More like this
Chris Evans Had The Best Reaction To Seeing Ana de Armas As Marilyn Monroe
By Radhika Menon
13 Photos Of The 'Blonde' Cast Vs. Marilyn Monroe & Other IRL Counterparts
By Marina Watts
What Does Nancy Jo Sales Think Of 'The Real Bling Ring'?
By The Editors
Twitter Is Unravelling Over Wolverine’s Return For 'Deadpool 3'
By Darshita Goyal
Get Even More From Bustle — Sign Up For The Newsletter