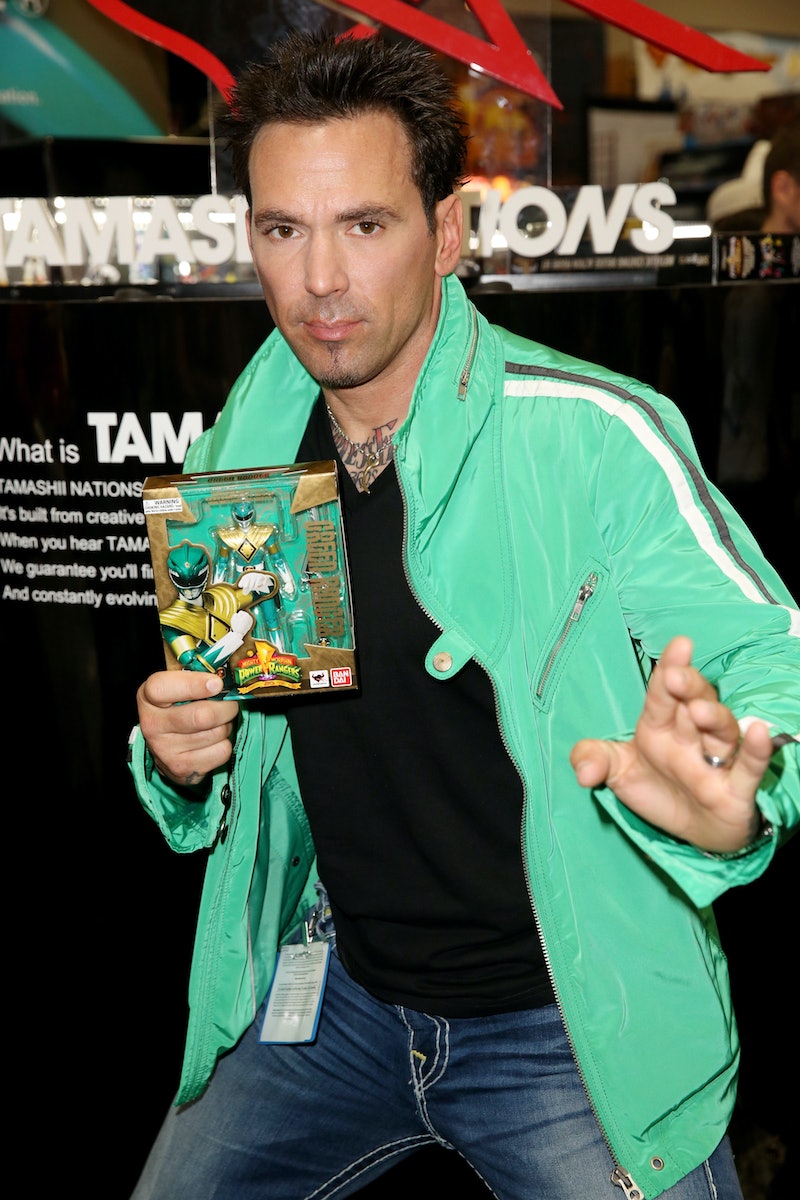 I don't know about you, but I spent a better part of my childhood pretending I was part girl, part superhero, and part pterodactyl. This weird, imaginary life was brought on by none other than the Mighty Morphin' Power Rangers, AKA the every kick ass 90's kids' heart and soul. So, if you were in fact alive and cool enough to be a Power Rangers fan, then news that Jason David Frank, or as we know him, Tommy the Green Ranger, is back in the spotlight will delight you. Especially that it's involving some very Power Ranger-esque abilities. According to Bleacher Report, Frank has challenged CM Punk to a fight in light of the various fight challenges CM Punk has received on Twitter.

The publication explains that CM Punk is a former WWE Wrestler, who is now trying to his hand at UFC to the chagrin of many UFC fighters. The Bleacher Report says that unlike the professional UFC fighters, the Green Ranger is actually pretty decent match up for CM Punk,

"If Punk is to fight someone with similar experience, Frank could make for an intriguing option.The former actor, now an MMA fighter, boasts an unblemished professional record of 1-0 and a 4-0 amateur record. All of his wins have come by first-round finishes."

Statistics aside, I'm not too sure that they've taken Frank's Power Ranger credentials into account. Because of course he's a worth opponent. We've known that since 1993.

More like this
Twitter Is Freaking Out Over Rihanna’s 2023 Super Bowl Halftime Show Announcement
By Stephanie Topacio Long
Gisele Bündchen Appears To Address Those Tom Brady Divorce Rumors
By Radhika Menon
Pro Footballer Zander Murray Is "Blown Away" By Support After Coming Out
By Sam Ramsden
Everything To Know About Taylor Swift’s 10th Studio Album, 'Midnights'
By Grace Wehniainen and Jake Viswanath
Get Even More From Bustle — Sign Up For The Newsletter