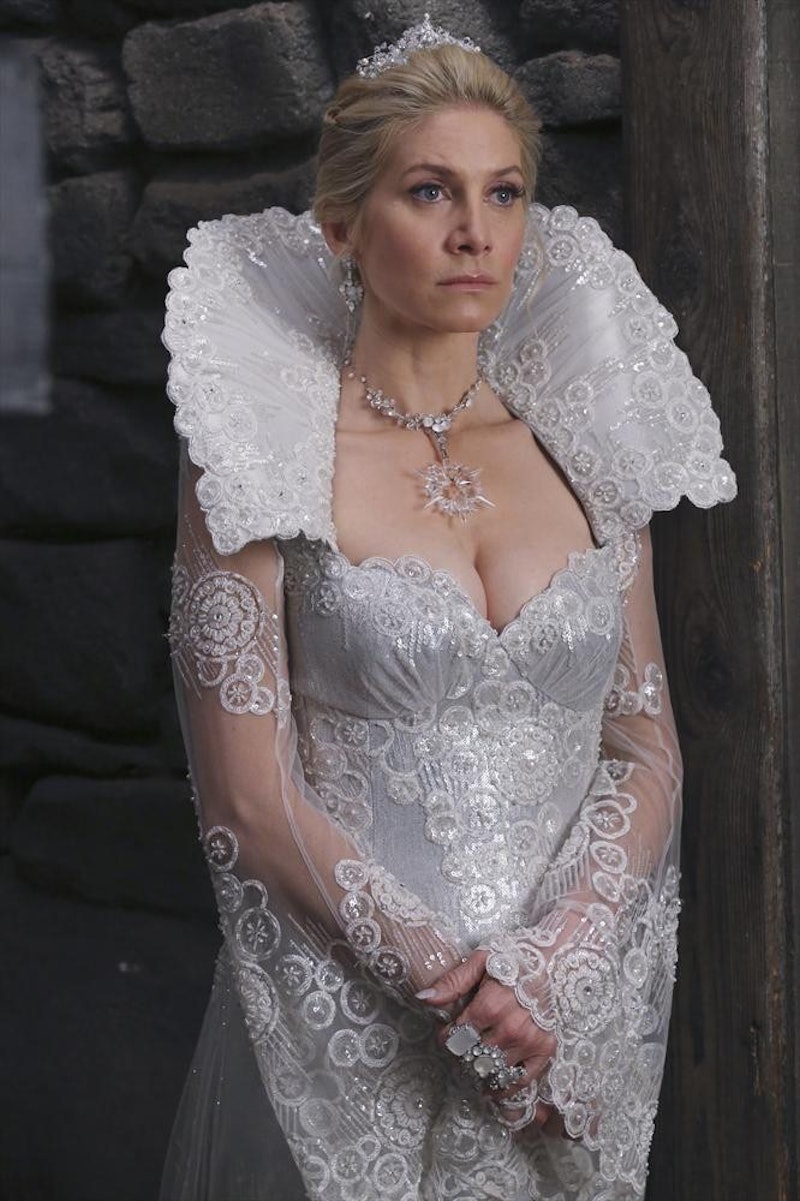 I'm all about Once Upon a Time teaching a meaningful lesson with its villains, but the Snow Queen probably deserved a grander ending. On Sunday night's "Shattered Sight," OUAT killed The Snow Queen and it was really a preachy, cop-out sort of death. After wreaking so much havoc, being super-creepy, and running in league with Rumplestiltskin, OUAT made the Snow Queen's life the key to breaking the Spell of Shattered Sight. Sure, she learned a little something about family and love along the way, but ultimately, Ingrid's sacrifice was as anticlimactic of an ending OUAT has ever given to a villain. And, while I'm not calling for bloodshed, I feel like I invested a lot of time and energy into having feelings about a character that got sent off in the worst possible way.

Sunday night's episode, predictably, focused on Emma and Elsa breaking the Spell of Shattered Sight before Storybrooke could destroy itself. Because Emma's the Savior and that's what she does. (Did anyone else find it hilarious that Anna asked if being a Savior was actually a real job?) But, as it turned out — much like most things on OUAT — the answer was hidden in plain sight.

If you were wondering why Anna was so important to the first half of OUAT Season 4, her moment finally came when she produced exactly the proof Ingrid needed to set her free from her grudge and paranoia. In the final confrontation between Anna, Elsa, Emma, and Ingrid, Anna showed her a letter that explained that her mother had planned to return the memories of Helga and Ingrid to the people of Arendelle. So, maybe she wasn't the worst sister ever after all. And, just like that, Ingrid decided to end her life to break the spell she'd cast on Storybrooke.

So essentially, all of that evil was for nothing. In the final moments of "Shattered Sight," Ingrid was surrounded by pieces of floating glass (which was very Voldemort during his fight with Dumbledore in Harry Potter and the Order of the Phoenix), while she mystically claimed that she'd finally understood the meaning of love and family. It was a great sentiment and nice to see Ingrid at peace with the memories of her sisters, but she had been so evil and creepy this season. I just expected more — more drama, more something for her send-off. At least the episode's Harry Potter references were on point though.