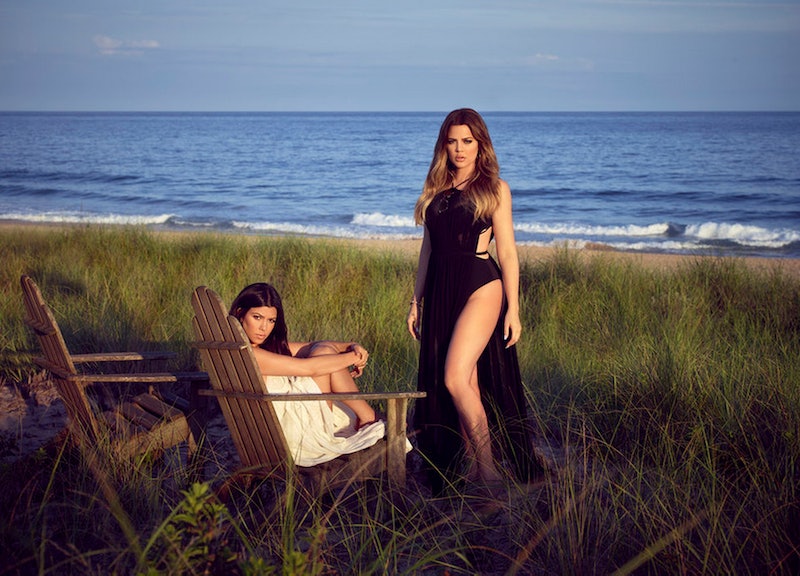 On Sunday night’s Kourtney and Khloe Take the Hamptons, Penelope turned another year older, Khloe and Scott recorded a podcast in a bathtub, Kourtney extracted a tick from Khloe’s derrière, and Scott angered Khloe when he ditched French Montana’s music video shoot. Perhaps the biggest news item of the episode: The sex of Kourtney and Scott’s unborn child was revealed. Back in October, reports surfaced that Kourt and Scott would be having another girl, but the latest episode of the Keeping Up With the Kardashians spinoff set the record straight: The newest addition to the Kardashian-Disick brood will be… a boy!

AWWWWW! Everyone was so excited to learn the news!

…Except for Mason, that is. Mason, as you might recall, really wanted another baby sister. He wanted to name her Twilight Sparkle. He had it alllllllll planned out.

Khloe told Mason he should be stoked about having a little brother. She explained that he can talk aliens and play Legos and rough house with a little brother. Mason listened. Mason looked down at the Lego spaceship he was clutching. Mason mulled over what Khloe told him. And Mason changed his mind. Mason's excited to have a baby brother after all!

In other Mason news: The eldest Kardashian-Disick kid's reaction to Khloe's tick was maybe my favorite thing to happen all season. After Kourtney removed a tick from Khloe's rear end, the sisters put the parasite in a sandwich bag. Khloe showed the dead bug to Mason. Mason was not satisfied with what he saw.

"Hey!" he yelled at his aunt. "They were supposed to be little and orange!"

Khloe joked that the bug was not an Hermès tick. Mason still was not satisfied. The tick in the sandwich bag was not what he expected. All of his research told him otherwise.

Until I was about eight, I had no idea ticks were orange. Or black. Or brown. I assumed all ticks were blue. You know, like the comic book character. (I guess I thought they were blue because of all of the human blood? I was, and continue to be, a genius.) Four-year-old Mason is basically an entomologist compared to eight-year-old me.