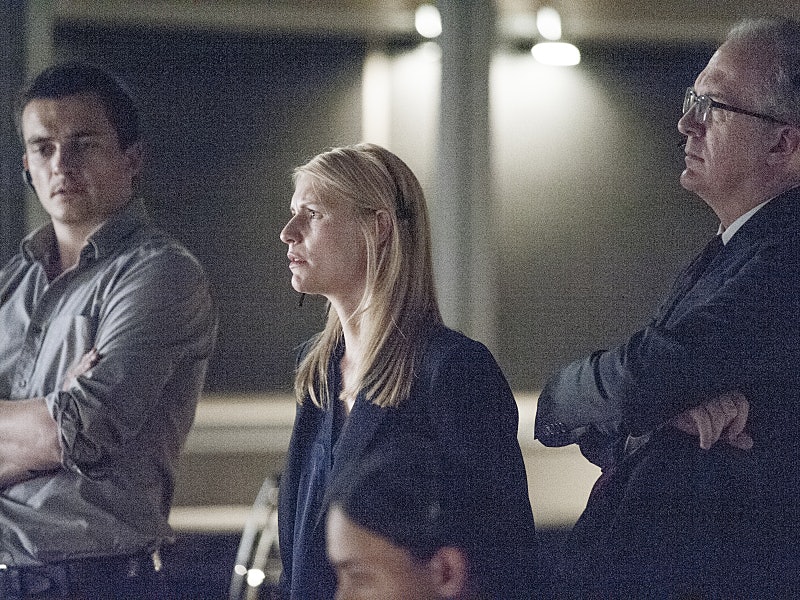 Oh, these two crazy kids. Even with the U.S. breaking diplomatic ties with Pakistan, and the entire U.S. Embassy flying home at the tail end of Sunday's episode of Homeland , Carrie and Quinn decided to stay behind. Without any semblance of official cover, I might add.

Things get even worse when you consider the the fact that Quinn's on what Saul and Lockhart both separately deemed a one-man suicide mission. And yes, going after Haqqani solo does sound like quite the Herculean (even Sisyphean; let's get fancy) task, but if anyone can do it, it's Quinn — especially if he's got Carrie as back up. I mean, going off only a burner phone pinched off a casualty from the earlier shoot-out, and some vague remembrances from Saul, he's already got a gun to Farhad Gazi (the man who acted as bait for Saul's kidnapping/helped orchestrate Sandy Bachman's death from the ground), as well as control of his car.

We didn't get to see what happened, but it looked like Gazi might just lead Quinn to Haqqani — who, with a Quinn-fired bullet in his arm, is something of a sitting duck for the next 72-hours (hopefully). It's certainly impressive (add that to the list of Quinn's accolades — casualties aside, he kind of owned this episode, IMHO), but let me play devil's advocate against myself. What will happen once Quinn actually gets to Haqqani? Will Carrie be able to get him out alone? Perhaps Aasar Khan will come into play, because despite his non-help in tonight's episode, I don't think the show's through with him yet.

What could their chances be? Is their chance of survival higher or lower by volition of the fact that two characters died during the episode? It's kind of like assuming you're going to get tails after getting heads five times in a row. You think you're finally going to be safe, but it's still statistically a 50/50 chance.