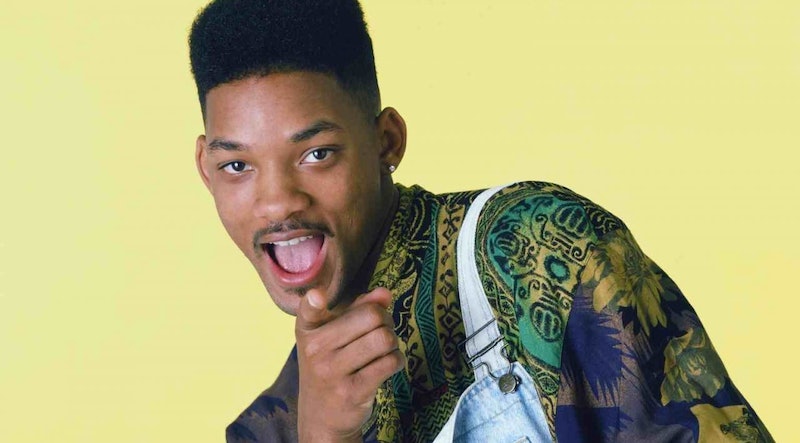 This is a story all about how your hopes got lifted and then came crashing down. If you're a child of the '90s, then The Fresh Prince of Bel-Air was one of the staples of your television education. The Will Smith vehicle not only turned his career around when he was close to bankruptcy, but is also a beloved classic that you can still watch today without feeling too left out of the comedy loop. Watching it today might be difficult outside of reruns, however, but on Monday morning the show began trending on Twitter as everyone rejoiced over the fact that The Fresh Prince of Bel-Air is now on Netflix. Except it's not. It turns out the hashtag was based on a hoax started by a parody Netflix account.

NetflixLife is advertised in its profile as "Not affiliated with Netflix (Original Netflix Parody Account)," but when the account tweeted on Sunday night that The Fresh Prince of Bel-Air was on Netflix, people took the news and ran with it. Joy, exuberance, excitement and celebration made its rounds around the Internet as the rumor caught fire. That is, until you actually go to Netflix yourself and see the horrifying news that this is a lie.

Thus, if you want to watch The Fresh Prince, then reruns or buying the DVDs yourself seem to be your only options. However, I wouldn't give up hope just yet. After all, Netflix is always adding new shows every day — and even has beloved '90s sitcom Friends coming to Netflix in January — so our chances of The Fresh Prince being the next show to debut in our Netflix line-ups remains as high as it ever was. Just because Monday was not that day doesn't mean that day will never come. And, of course, there's always a chance that this hoax could make that day come even sooner for Smith fans.

After all, if ever Netflix was wondering if there were people interested in streaming The Fresh Prince, then I can safely say that question has been answered. The way fans are reacting to the news would make you believe that this is the only Christmas present some people ever even needed.

If the Netflix gods are listening to websites or social media, then The Fresh Prince will be coming to the site sooner than we think. If not, then not being able to stream the '90s show online obviously hasn't stopped anyone from adoring it just as much as they do any show currently still on television. Either way, The Fresh Prince wins.

More like this
'The Crown's Matt Smith Reveals Prince Harry's Hilarious Response To The Series
By Bustle UK
Nicola Coughlan Shared A Lady Whistledown Excerpt From ‘Bridgerton’ Season 3
By Grace Wehniainen, Alyssa Lapid and Sam Ramsden
Netflix Reveals First Look At Wednesday In The 'Addams Family' Spinoff Series
By Bustle Editors
What Does Nancy Jo Sales Think Of 'The Real Bling Ring'?
By The Editors
Get Even More From Bustle — Sign Up For The Newsletter