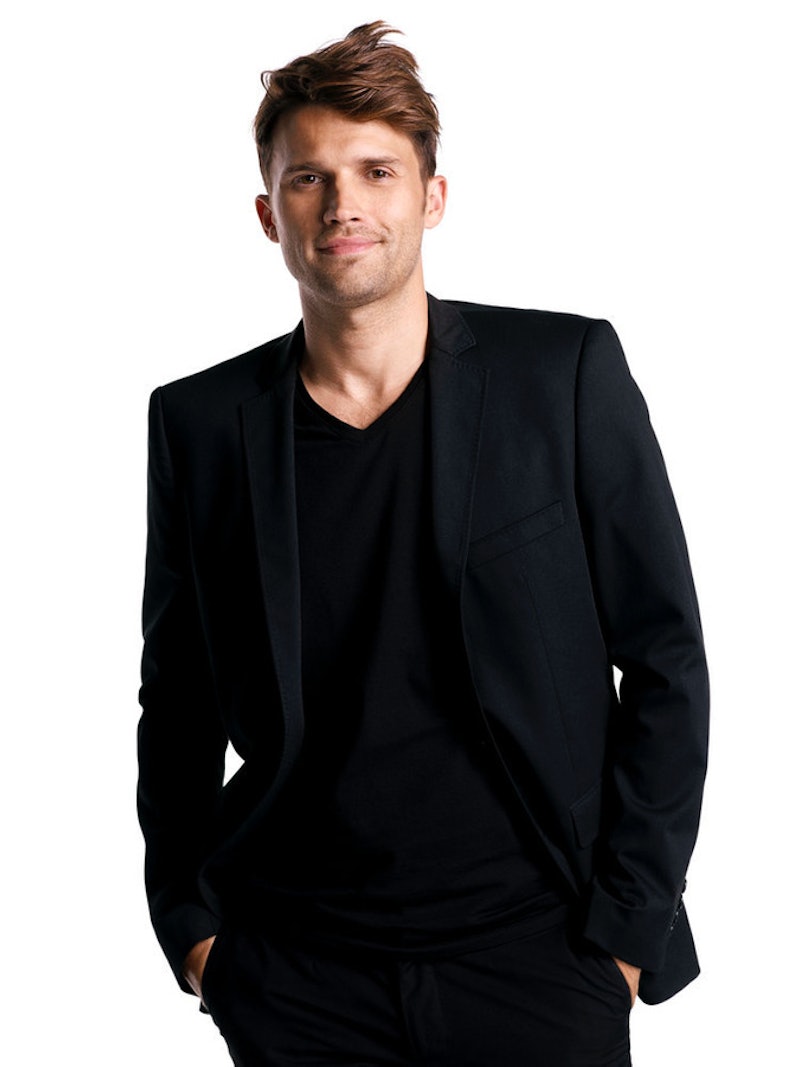 Sometimes it seems like Bravo's Vanderpump Rules is more "How To Get Away With Cheating Rules," since at one point or another, almost every cast member on the show has been accused of infidelity outside of his or her relationship. This time around, all eyes are the seemingly untouched relationship of Katie and Tom Schwartz. The two have always seemed to be the most serious out of all the other relationships on the show, rarely getting their personal lives involved on camera. In recent episodes, though, that's all changed with rumors that Katie "cheated" on Schwartz, and even more rumors that Schwartz has cheated on Katie before, as told by Vanderpump Rules co-star Kristen.

In recent episodes, Jax (aka Mr. Anti-Infedelity) took it upon himself to get the chatter going about a recent "crotch motorboat" situation that occurred between Katie and another — not Tom Schwartz — man. According to Jax, he saw it, Scheana saw it, there were credible witnesses to take Katie and Schwartz's relationship down. Katie, of course, denied the claims, even at one point saying she was bent down because she was attending to her shoes.

Now, Kristen, who is still so bitter that people are mad at her still for betraying Tom Sandoval and Stassi by cheating with Jax, and the ex-BFF of Katie, is taking it upon herself to drudge up claims that Schwartz is cheating on Katie. Now, I have no authority to say if what Kristen is claiming to be true is actually true, but there is a lot of past history on this show that doesn't make her the most reliable source. Let's examine.

When Kristen and Sandoval broke up and he was dating Ariana in the beginning of Season 3, Kristen took it upon herself to Instagram-investigate a cheating rumor that Sandoval cheated on Ariana in Miami. She contacted a random person on Instagram and got the girl to confess that she had indeed hooked-up with Sandoval. Ariana, who doesn't pay any mind to Kristen — which is amazing, and equally frustrating for Kristen — completely blew off the rumors as just Kristen's form of muckraking.

It looks like Katie plans to use this information that she is given from Kristen and do a little investigation herself, by asking all of her co-workers about Schwartz's infidelity, possibly even Jax — who in a season promo, made it look like he says "yes, Scwartz cheated on you," but that could just be editing. The problem with trusting Kristen and Jax is pretty obvious though, these two have lied before about cheating in the past, so what's to say they aren't lying now? Jax is possibly the most not credible source for things like this. Just like you were told to not use Wikipedia for high school papers, I'm going to go out on a limb and say don't use Jax for cheating rumors.

If it is true, the Schwartz and Katie (and their new pup) are still together today, so if there is any truth to these rumors, it looks like they've worked them out. Which brings up another question about this show: Does any one really cheat on the show, or is it all sensationalized for drama and ratings?

We have a handful of young couples here and the majority of them have been accused or have confessed to cheating on one another, in very public ways. The show makes the servers at SUR out to be really scummy people who can't keep it in their pants, cheating on their close personal friends and the ones they love. Why would anyone subject themselves to that on camera? Oh, yeah. They all want to be famous.

More like this
The 'Bachelor In Paradise' Schedule Shifts To 4 Hours Every Week After The Season 8 Premiere
By Brad Witter
You Can “Fall In Love” At The Resort Where Bachelor In Paradise Season 8 Was Filmed
By Brad Witter
Clayton & Susie Broke Up, Citing "A Significant Amount Of Pain" After 'The Bachelor'
By Jordyn Tilchen
Molly-Mae Hague & Tommy Fury Celebrate Pregnancy Reveal In The Sweetest Way
By Sophie McEvoy and Sam Ramsden
Get Even More From Bustle — Sign Up For The Newsletter