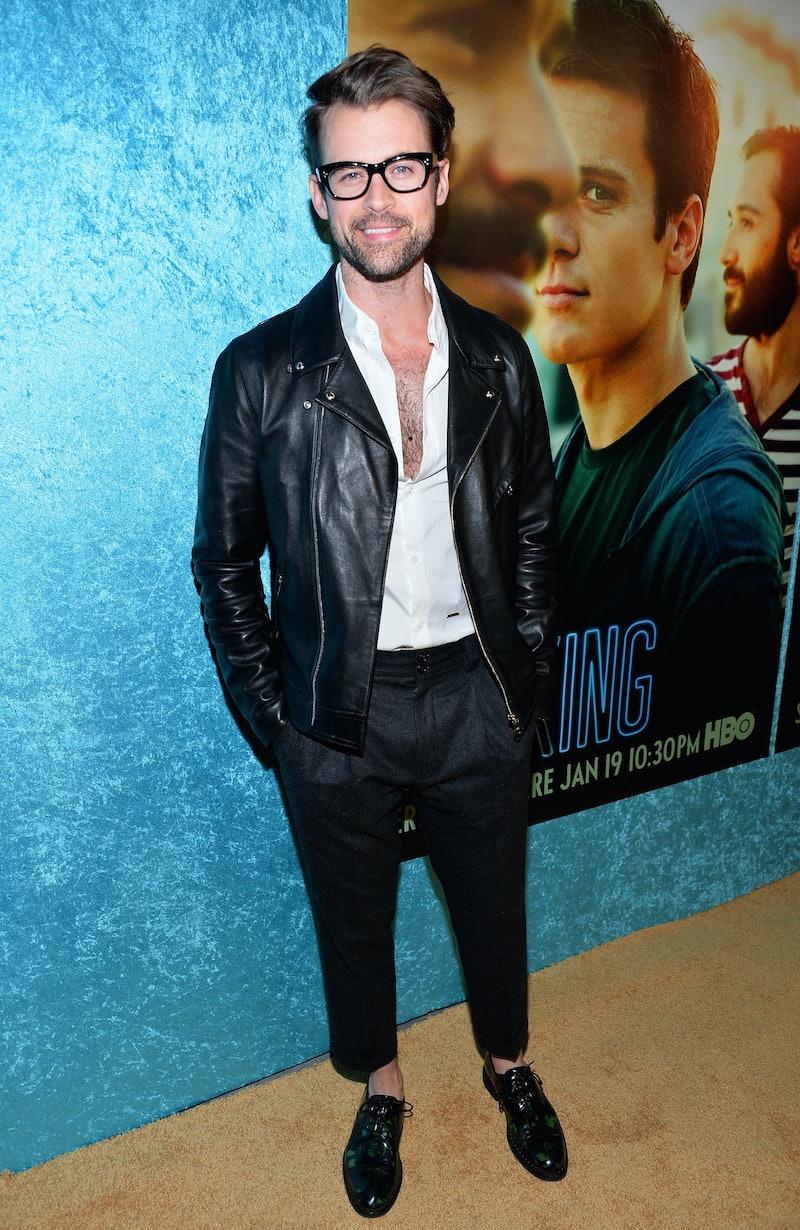 Only the union of two fantastic men like Brad Goreski and Gary Janetti can make a stone-hearted old broad like myself swoon with girlish glee. In case you haven't heard, congratulations are in order for the reality star and his long-time beau. Brad Goreski is engaged to his boyfriend Gary Janetti, and the spirit of true love lives! Who is Gary Janetti, you ask? He's a comedy writer, a cutie pie, and he should teach a graduate course in Twitter excellency.

We've gotten to know Janetti on It's a Brad, Brad World as Brad's endearingly sarcastic yet supportive live-in boyfriend. According to Us Weekly, they began their romance 13 years ago when they met in Greece. Although the pair has been engaged on the DL since August, Goreski just opened up about their betrothal with E! on Sunday at TrevorLive LA. "I'm a bridezilla already," the stylist joked on the red carpet, "Who's gonna design my gown? The big question already!" If I may offer my candid advice, Brad... go with Kenzo. They did great things for Solange.

The wedding will definitely be a veritable assembly of entertainment and fashion industry "who's who." While Brad's side of the aisle will be filled with stylists, designers, and starlets, Janetti's will be filled with comedy royalty. He's a veteran TV producer and writer who has worked on Will & Grace, Family Guy, and the British TV series Vicious .

In 2003, 2004, and 2005, his work on Will & Grace earned him nominations for Primetime Emmy Awards for Outstanding Comedy Series. He was also nominated in 2000 for his work on Family Guy. Ah, the best aphrodisiac is always a stellar of humor.

If you're looking to break into the comedy writing world, he's also a well of fantastic advice. Forgive the poor lighting in this clip, but he shared some indispensable tidbits of wisdom for aspiring sitcom writers in an interview with UnCabaret.

Given his professional calling, it only makes sense that he'd be a Twitter wizard. He's freakin' hilarious in 140 characters.

Although I'm too old to have a legal guardian other than myself, this is where I officially submit my application to be adopted as Janetti and Goreski's daughter. It this request can't be fulfilled, please give me a special Bravo telecast of their wedding. It's only fair.