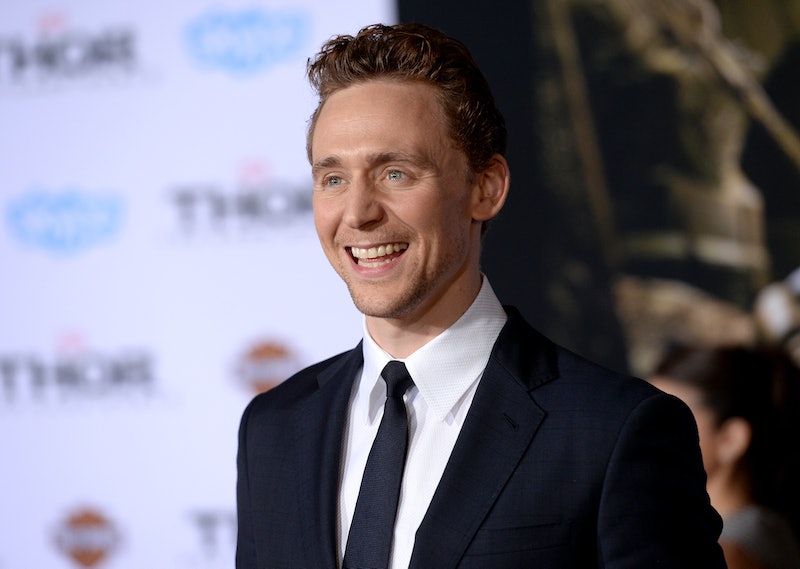 It seems like it's been so long since fans have gotten to see Tom Hiddleston on the big screen. Thor 2 came out a whole year ago now, but, luckily, the actor's had a busy year full of filming for various projects. So when can we expect to see Hiddleston's latest movie Crimson Peak? Unfortunately, not for awhile. Director Guillermo Del Toro is being a perfectionist and, though the movie wrapped filming early last summer, it won't be released until October 2015.

I'm sad that Hiddlestoners have to wait another year to see the actor on the big screen, especially since Crimson Peak sounds awesome. Hiddleston plays the sinister husband in the "anti-romance" flick, and I want that now — not a year from now.

Fans had held onto hope that we'd at least get a trailer soon, but Del Toro has dashed those dreams as well. Speaking to the Franchise Herald, he talked about how he's taking his sweet time when it comes to putting out a preview for the film.

Well, since we have the luxury of time because the movie doesn't come out until October next year... originally, I was going to deliver it in December, and I'd been able to try different things, different cuts, tweak the effects, tweak the music, probably more than any movie I've ever done. I have the license now to deliver the movie in January or February. It's frankly addictive to have that much time.

It's like he's trying to torture the Hiddlestoners. I understand the temptation to make things absolutely perfect before releasing a trailer, but it's just a trailer after all. Besides, it's possible that without a steady flow of Hiddleston footage, his fans might wither and float away. So now the long wait begins.

The good news is that with all the time Del Toro's had to dedicate to it, the trailer is sure to be pretty impressive. Just a couple of months to go before we get to see it, and Hiddleston, in all their creepy, gothic glory.