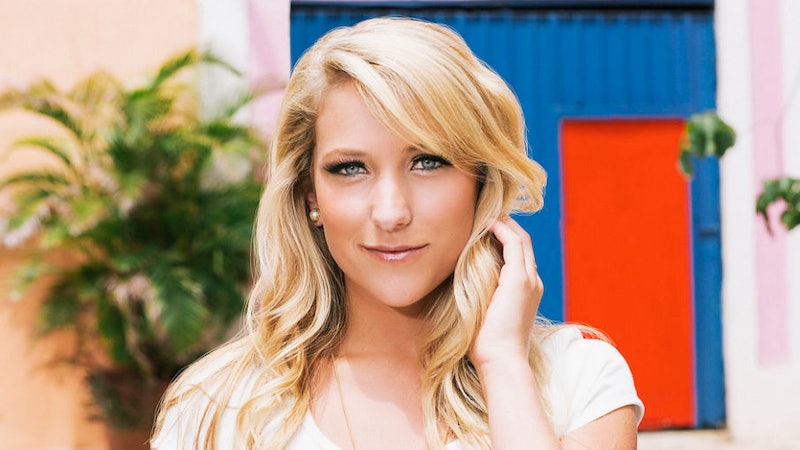 As someone who invests way too much emotion in reality television, I was quite relieved when John and Jenni were suddenly paired up in the Are You The One? Truth Booth and headed off to the Honeymoon Suite. Just a little bit because I think they're sweet together, but mostly because this group of AYTO contestants is making me question the ability of average humans to use a spreadsheet and remember what happened three days ago. While Jenni was in the house, she was really throwing a wrench in things because every guy that became enamored with her couldn't fathom that she wouldn't be their match.

A wild card like Jenni can't be tamed, she can only be taken off guard. You know... by love. Call me a sap, but I'm rooting for those two crazy kids. John has said that it's his tendency to come on strong, and then fade out fast, but with Jenni he didn't come on strong at all. He was patient and waited until there was some time to get to know her, and once they were together, their match suddenly made sense to both of them. Jenni was clearly on the show for love, and John directly stated (to Jenni's mom) that he was just there for money. I see these two as a classic case of opposites attract — and as someone who is consistently attracted to my opposites, I will hold firmly to the fact that John and Jenni are the real deal. For now, I have social media on my side...

Things were looking promising right after John and Jenni's episode aired, with Jenni calling it the "happiest night" on AYTO, and John following suit.

Once John and Jenni got to the honeymoon suite, then they really kicked their Perfect Match into high gear, and it seems that these two might be using "match" interchangeably for, oh I don't know, soulmate.

Follow that cuteness up with John's slightly hurt feelings at Jenni momentarily wishing she was still in the house, and her reassurance that wearing swimwear with him does, in fact, beat pouring nasty stuff on him in a challenge.

Looks like this honeymoon is going to lead to...

The two just look comfortable and happy to be together, and the fact that they still speak so fondly of each other has me hopeful for a joyous reunion show.

While none of this confirms if they are actually dating today, it's clear that at the very least, they still get along just fine. What I'm hoping we discover, though, is that John and Jenni are living a modern day love story. They're just a nurse and a lawyer, who went on a reality TV show to find find love and win 1/20th of $1 million, and they might walk out of it with a tan and a soulmate.