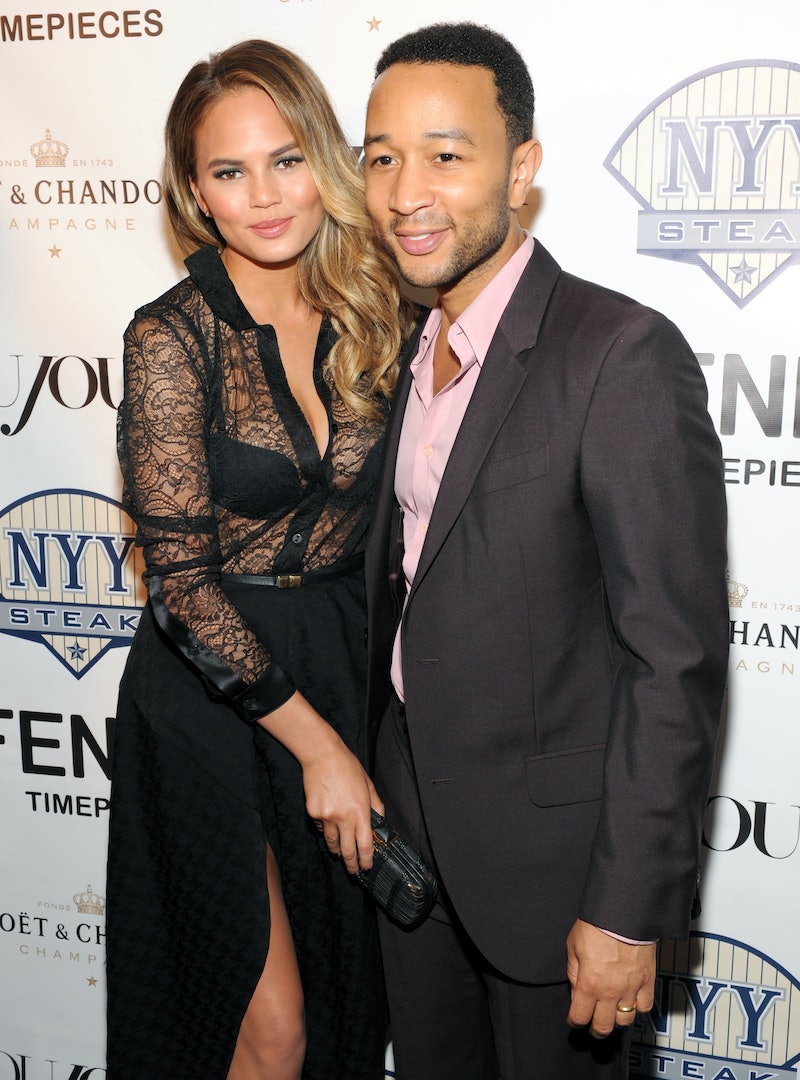 As if rallying for societal change wasn't enough of an incentive to join the Eric Garner demonstrations, there were also free tacos. John Legend and Chrissy Teigen sent food to the NYC protesters over the weekend, which was a grade-A class act. Way to show support for social justice in the most delectable way possible.

According to Vanity Fair, Teigen and Legend deployed numerous food trucks to feed demonstrators protesting the Eric Garner ruling in NYC on Sunday. Last week, protests erupted all over New York (as well as the rest of the country) after a Staten Island grand jury decided not to bring officer Daniel Pantaleo to trial after he was caught-on-tape choking the unarmed Garner to death. Protesters have been staging "die-ins" in the New York City streets, transportation hubs, and commercial institutions chanting Eric Garner's last words: "I can't breathe."

At the moment, the protests are ongoing and angry New Yorkers have maintained their righteous anger. To help these freedom fighters keep up the momentum, friendly food purveyors doled out mac and cheese, kimchi tacos, empanadas, and more to the demonstrators in Lincoln Square. And all of this was on the Teigen/Legend family dime.

Police commissioner Bill Bratton believes that the protests will likely "peter out" with time. But with benevolent and delicious donations like this one, people will hopefully keep up the fight a bit longer than the proverbial Man predicts.

Operation Help or Hush, a social media activist organization, gave the soul singer and the model special props for helping out the protesters.

Time for some action shots...

Various celebs have taken to Twitter to send messages about the obvious racial inequities in society exemplified by this case. The Garner protests come on the heels of those in Ferguson, and it has become abundantly clear that a change in the criminal justice system is becoming imperative, and something we all have to work towards.

Sounding off on the issues is important, and everyone (especially those with voices that will be ubiquitously heard) has a reason to speak up. Legend and Teigen have taken things a pragmatic step further by providing the activists with fuel to keep up the good work. It would be great if other luminaries with the means to rent out multiple food trucks followed suit. In this writer's opinion, we should keep the protesters full and keep them mad.