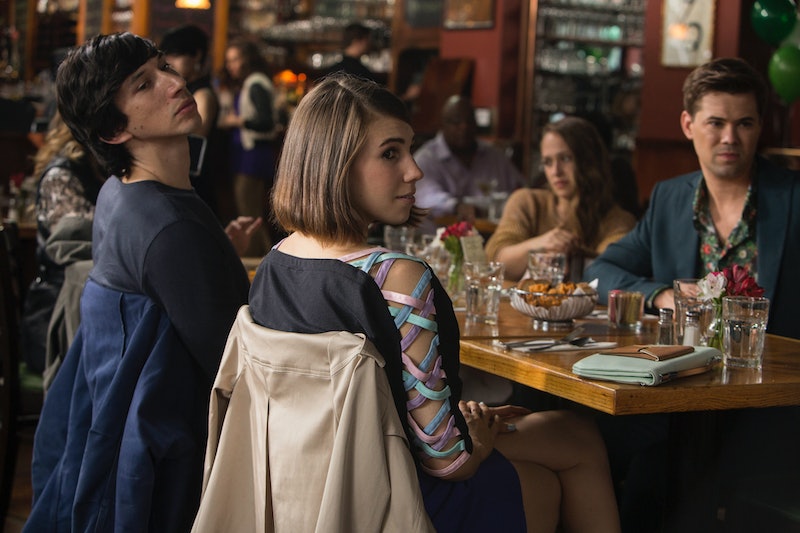 It's been a long time waiting for the fourth season of Girls to start, and, while we still have just over a month until we are reunited with Hannah, Marnie, Jessa, and Shoshanna (and some of the guys, too), HBO has gifted us with another trailer for Season 4 of Girls . Unlike the energetic, and plot-driven first trailer that was released in November, this time around it seems like Girls meets Pinterest quotes. All of the women are finding themselves thanks to some self-discovery and each other.

If that doesn't sound like the Girls we've grown to love, that's because it doesn't really look like it. While I am sure this trailer was intended to evoke certain feelings for viewers, it is actually really nice to see that the characters are becoming more mature and more supportive of each other as the series progresses. Hannah is in Iowa for grad school still trying to make a relationship with Adam work, but as he himself says, "there is no plan" for them. That feels like a foreshadowing of what could happen to them throughout the season.

As for the others, Marnie and Desi are still "together" in the sense that they are spending a lot of time together, but not in a relationship because he still has a girlfriend. Jessa is back (!!) and there is definitely something happening between her and Adam. (Right?) Shosh and Ray seem to finally put the past behind them, especially when Shoshanna tells Ray that he picked the best friend to "bone," since she "never really liked Marnie."

Watch the entire trailer below and plan to have no plan when Girls starts up again on Jan. 11, except to watch every second.