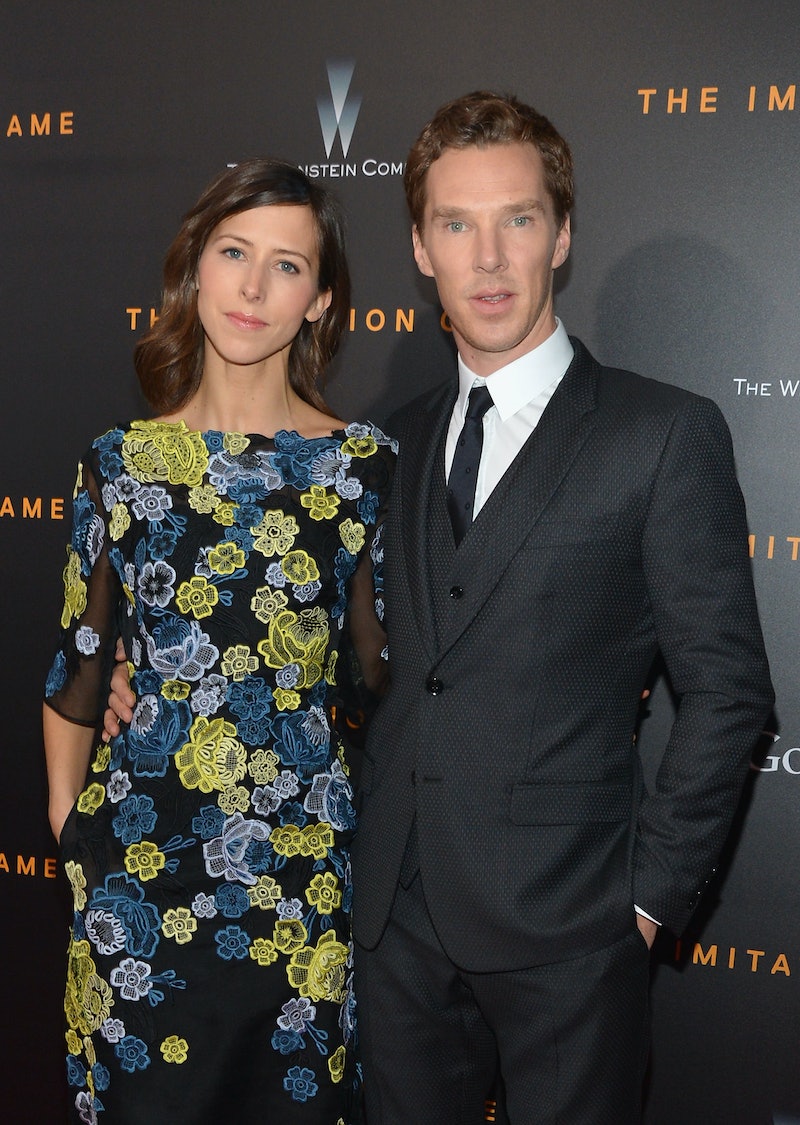 As 2014 comes to a close, Benedict Cumberbatch can say he had one of the best years ever. Not only did he star in countless films and win an Emmy for his role on Sherlock, but he also got engaged to Sophie Hunter. Although this news broke the internet's collective heart, proposing to the love of his life is a huge moment; in fact, at the British Independent Film Awards on Sunday, Cumberbatch said it was the "most important news" of his life. "My engagement to the woman I love is obviously the most important thing in 2014 for me," he gushed. "She's proud of my work, she's proud of me, and she loves me." Even the crying fan base knows that's absolutely adorable and they are the cutest.

But Hunter had to beat out a lot of amazing accomplishments to top Cumberbatch's list. Below, I've selected a handful of huge professional and personal moments that made 2014 special for the actor. Yes, The Imitation Game is incredible (even more so when you factor in his passion for equal rights), but when compared to the things he's said about love and sex, Hunter is 100 percent the clear victor.

Starring in The Imitation Game

Not only is Cumberbatch portraying legendary code-breaker Alan Turing, but Cumberbatch has also has been able to speak up for equal rights during press for the film.

Cumberbatch impersonated Tom Hiddleston, Taylor Swift, and many more in one of my favorite videos of the year.

Finally Winning an Emmy For Sherlock

Cumberbatch took home the Emmy for Outstanding Lead Actor in a Miniseries or Movie this year for Sherlock: "His Last Vow" after being nominated twice before. Sadly, he was filming and could not accept the award in person.

It's perfect and endlessly GIF-able. Cumberbatch can really strut like Beyonce.

Award season was amazing for the star, who photobombed U2 at the Oscars and danced with Michael Fassbender at a Golden Globes after party

Getting His First Wax Figure

It was as creepily realistic and perfect as we'd all hoped.

His Inability to Say "Penguins"

Cumberbatch's failed pronunciation of "penguins" just made everyone love him more, and ironically, he voiced a role in Penguins of Madagascar 2 this year. Maybe it wasn't a shining moment for him, but it made everyone else happy.

And Most Importantly, He'll Be Playing Dr. Strange

Yep. Cumberbatch is the latest Marvel superhero in Doctor Strange and the world will never be the same. But still, his engagement trumps all of this amazing news, because love conquers all.