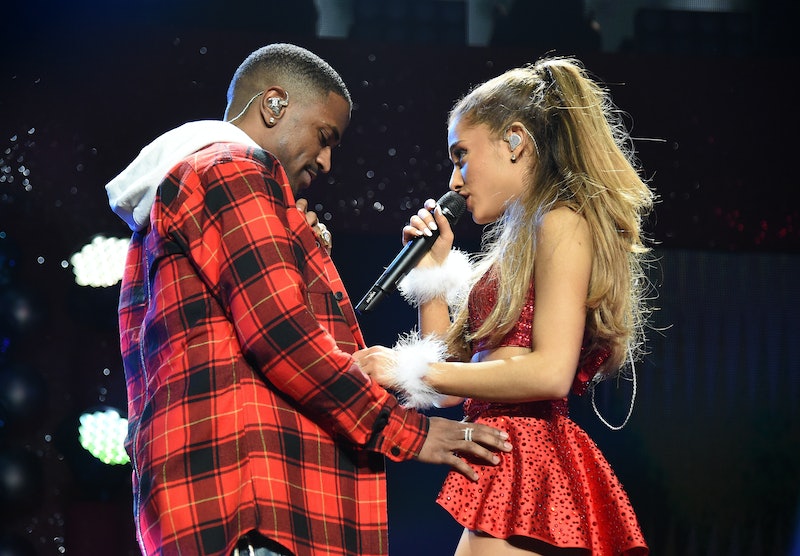 I don't care what anyone has to say, I will always love Ariana Grande, and I have also been a Big Sean supporter for years. So, of course, I was elated when I found out that they were dating. Two of my favorite artists collaborating in and out of the recording studio — what could be better? They are honestly the most adorable couple. So how did they get together? How did Big Sean and Ariana Grande meet? What is the story behind the love story? I am dying to know everything about this.

I've done my fair share of Google searching and honestly some of the specifics are a little unclear — even to Big Sean. Nevertheless, I have been able to piece their story together. The super cute couple went from being just friends to music collaborators to love interests, and slowly but surely they have become much more open about their relationship. They answer questions about each other in interviews, post about each other on social media, and act affectionately during their music performances. That's all well and good — I love hearing the details of their relationship — but it still brings me back to my original question: how did they get together in the first place?

A Fan From a Far

Check out this video at the 1:39 mark of a red-haired, Nickelodeon-era, Ariana Grande gushing over meeting Big Sean at the Wango Tango concert in 2012. She is giggling talking about Big Sean saying she "loves him" and that "he's really cute." Looks like someone had a little crush back in the day. I wonder what they talked about during that initial meeting. Did they exchange numbers? So many unanswered questions!

In a radio interview from November 2014, Big Sean talked about meeting Grande. He doesn't really have all the details down, like the year or the exact location, but it was a memorable meeting. The rapper said that they were just good friends at first, but that he definitely had a crush on her and thought she was a very talented singer.

A String of Collaborations

In 2013, Big Sean collaborated with Grande on her single "Right There" while they were still "just friends." Then he was the uncredited whisperer on big hit "Problem" which featured Iggy Azalea. But it was the twosome's collaboration on her 2014 single "Best Mistake" that reportedly brought them together romantically.

After Big Sean's relationship with Naya Rivera ended in April 2014, she got married to her longtime friend Ryan Dorsey in July 2014 and you might have wondered how Big Sean was dealing with that situation. Low and behold he had a low-key romance brewing with Ariana Grande. This is was basically confirmed when a camera caught the twosome holding hands back stage at the Video Music Awards in August 2014. In October 2014, Grande made the romance public in an interview with The Telegraph . She was asked if Big Sean was her boyfriend and she simply answered with, "Yes."

And that is how we have the affectionate, open, social-media loving couple that we see today. Ugh. Too cute.

More like this
Kanye West Apologizes To Kim K "For Any Stress I Have Caused" In Rare Interview
By Jake Viswanath
Dan Levy Appears In The Latest Teaser For The Weeknd's HBO Series, 'The Idol'
By Jake Viswanath
Everything To Know About Taylor Swift’s 10th Studio Album, 'Midnights'
By Grace Wehniainen and Jake Viswanath
Kesha Is Down To Be The Next Bachelorette
By Jake Viswanath
Get Even More From Bustle — Sign Up For The Newsletter