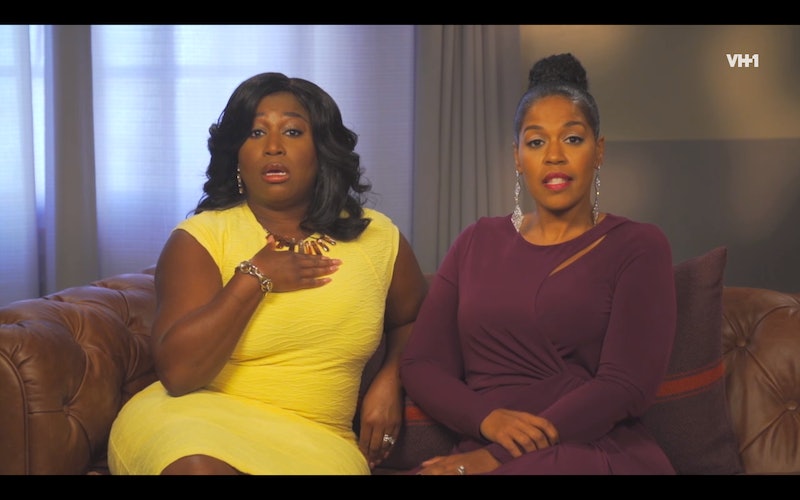 In the time since Friday came out in 1995, somehow "Bye, Felicia" has returned to become the latest social media-fueled trend. And now, we have a whole TV show devoted to rehabbing "Felicias" into functional human beings. Missy Young, the host of VH1's Bye Felicia , is a professional life coach in Atlanta, and has spent her whole career coaxing the best out of people — but VH1 has managed to find some women who are bound to challenge even the most experienced image consultant.

I wish that Young had a little bit more of an online presence so we could get a clearer idea of what she'll be like on the show. She's been focused on expanding her business, so she doesn't have much of a Twitter following or a Tumblr where she can share her best life tips. She also hasn't had time to write a book or go on daytime talk shows, so we don't even know what kind of advice she prefers to give.

One of the most personal details she's put online is that she owns an Etsy store called GuChet, a place to buy crochet patterns for trendy knitwear she curates and designs herself.

While cohost Deborah Hawkes is more outspoken, Young is a little more thoughtful and quiet. The two have an easy rapport, which isn't surprising, since they've been friends for their entire lives — they were born in Atlanta to mothers who were best friends, and now they're jumping into a television career together with 40 years worth of friendship. Young has a successful career, stays close with her Atlanta roots, and has also been married for over 20 years.

On Bye Felicia!, Young and Hawkes will be taking in young white women from LA and giving them advice on how to fix their lives. A group of profoundly stunted women, the Felicias in Young's charge seem like they were chosen specifically to be as oblivious as possible, until the audience turns off the show with a disgusted "bye, Felicia" at the series itself. But maybe there's hope that Young and Hawkes can it. They're both actual certified professional life coaches, and it is kind of funny to see their shocked expressions at just how much help these women need.

But even though the idea for this show is kind of suspect — black women's lives don't revolve around helping clueless white girls, no matter what Gone with the Wind seems to imply — hopefully the combination of Hawkes and Missy Young will at least make it entertaining.

More like this
15 Piping Hot Behind-The-Scenes Secrets From 'Great British Bake Off'
By Emily Dixon and Darshita Goyal
What’s New On Netflix: Ana De Armas’ 'Blonde' & A Nick Kroll Special
By Arya Roshanian
What’s New On Netflix: Meet 'The Real Bling Ring'
By Arya Roshanian
UK Viewers Will Have To Wait To Watch The Handmaid’s Tale S5
By Maxine Harrison
Get Even More From Bustle — Sign Up For The Newsletter