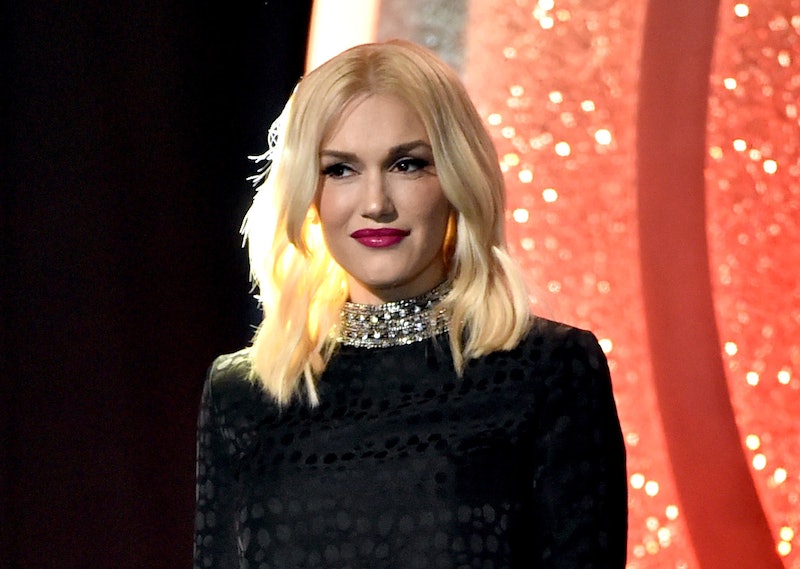 Gwen Stefani is more or less a changeling. She's a judge on The Voice now, which generally seems to be working for her, and still somehow maintains the legendary grrl rocker status she had when she was with No Doubt. Then there was that whole solo career which was b-a-n-a-n-a-s, but still, ultimately worked out okay for her. She's been an icon for a long time, and she's been making music even longer, so it's almost easy to forgive her past slip-ups if you're a big fan. But here's a reminder: your faves are problematic. In an interview with Time, Stefani was asked about the controversy that came of "Harajuku Girls," when she was justly called out for her appropriation. Her response was a total disappointment.

"For me, everything that I did with the Harajuku Girls was just a pure compliment and being a fan. You can’t be a fan of somebody else? Or another culture? Of course you can. Of course you can celebrate other cultures." Oh, you poor unfortunate soul. Sure, "Harakuju Girls" was one hell of a misstep, but Stefani was sort of the grandmother of appropriation. Unfortunately, most of her offenses were pre-Twitter, so they slipped under the radar. Look, I love "Spiderwebs" as much as the next girl, but even when I was younger I was very suspicious about the fact that she wore a bindi. Her name cropped up again when Selena Gomez did a rendition of "Come and Get It" in disrespectful Bollywood garb at the MTV Movie Awards in 2013.

Stefani went on to say in Time:

[Celebrating other cultures is] what Japanese culture and American culture have done. It’s like I say in the song: it’s a ping-pong match. We do something American, they take it and they flip it and make it so Japanese and so cool. And we take it back and go, “Whoa, that’s so cool!” That’s so beautiful. It’s a beautiful thing in the world, how our cultures come together. I don’t feel like I did anything but share that love. You can look at it from a negative point of view if you want to, but get off my cloud. Because, seriously, that was all meant out of love.

Ah yes, it seems like Stefani is quite familiar with the cry of the Well-Intentioned Appropriator: "I was just appreciating you! I just love how beautiful your culture is!" The problem with this defense (well, one of them) is that even though it purports to be appreciative and reverent, it silences the very real damage done to the critics of her appropriation. Although we pay close attention to the likes of the Selenas and the Mileys and every iteration of Katy Perry and their abuses of other cultures, it's a mystery as to why Stefani's goes unnoticed most of the time, or mentioned and then swept under the rug.

She further embarrassed herself saying: "They were dancers that were cast, but they became real. One girl was a Japanese girl that grew up in L.A., and she got to hang around with three different Japanese girls that were from different places in Japan and had different backgrounds." Oh, they became real, huh? It's like she's not even listening to the words that are coming out of her mouth.

So what do you do when your long-time faves are problematic? Can it just be ignored, or does that make us complicit in the problem? I am trying to work through that question myself, especially in cases like Stefani's. Her long career has personal, nostalgic ties for me makes it more difficult for me to totally reject them. But don't I sort of have a responsibility to?

More like this
Hailey Bieber Just Responded To *That* Viral Met Gala Moment
By Radhika Menon and Sam Ramsden
Everything To Know About Taylor Swift’s 10th Studio Album, 'Midnights'
By Grace Wehniainen and Jake Viswanath
Is Dua Lipa Dating Trevor Noah? New Photos Show Them Kissing & Hugging
By Brian Anthony Hernandez and Martha Sorren
Wallows Want Their Own Epic “Lizzo Flute Moment”
By Jake Viswanath
Get Even More From Bustle — Sign Up For The Newsletter