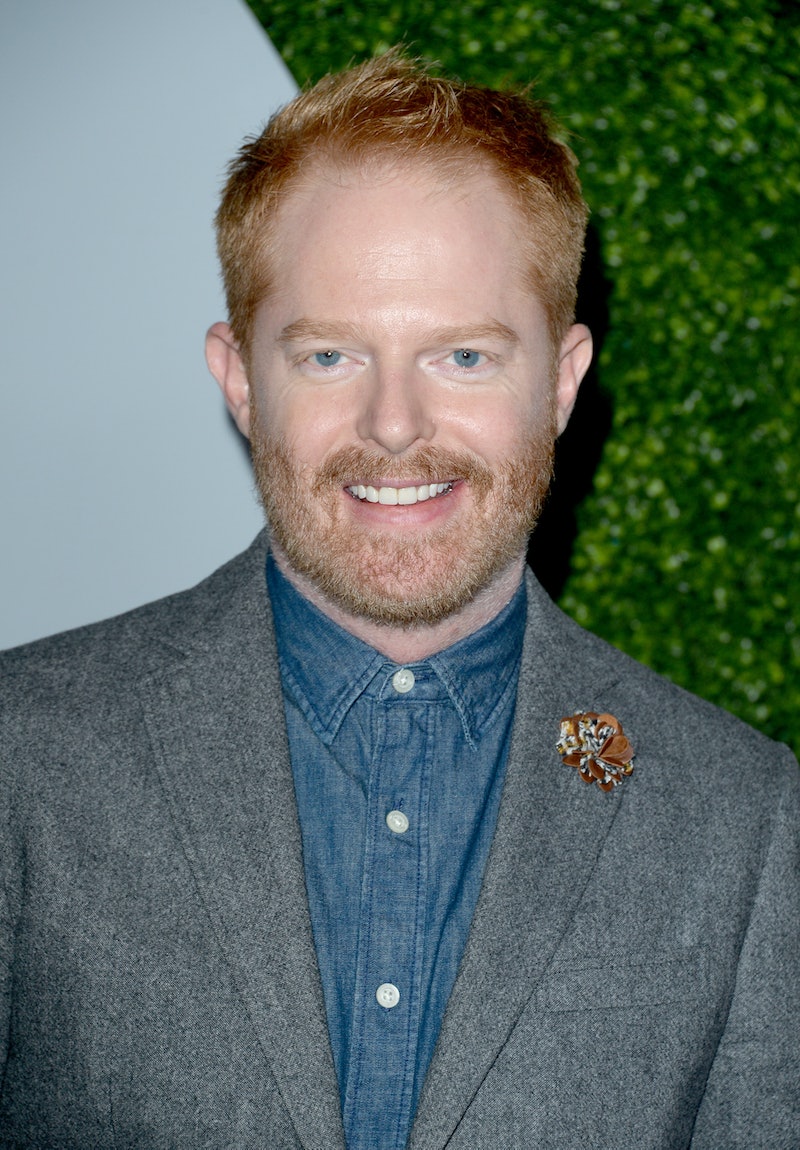 You know the song, you love the song, you hear the song all the time, but never like this. "Shake It Off" is definitely a track you love or hate by this point (I'm on the love end of the spectrum, but that could change in a few months). Kelly Clarkson covered the Taylor Swift song in October, but the newest cover of the song, brought to you by Modern Family's Jesse Tyler Ferguson will definitely make you want to "Shake It Off."

This weekend was Trevor Project's benefit and a ton of stars attended. One of them was Ferguson, who took to the stage to not only entertain the attendees but also send a message to all.

Why is a 39-year-old gay man singing Taylor Swift? It's making me uncomfortable, I've got to be really honest with you, I feel the same thing. If there's anything I learned from my 1989...well I was a 14-year-old closeted gay kid living in Albuquerque, New Mexico, going to Catholic school. I learned to not care what people think. It gave me the courage to be what I wanted to be and right now, I want to be a country-to-pop crossover sensation...This is a thing that I didn't know in 1989, that I wish I did, but I certainly know now. And that's that... the haters gonna hate, hate, hate, hate, hate...

You can see where this is going, right? In the absolutely perfect direction, is where this is going. After his touching introduction to the song, Ferguson adorably started singing and dancing to Swift's chart topper, with backup dancers and all.

You love it? Well so does Swift herself, as she tweeted a link to an Instagram video of it, shot by Ferguson's Modern Family costar Sarah Hyland.

Ferguson is also enjoying the repercussions of his stunning performance, posting a very convincing comparison on Twitter. Now, all we need is a Mitchell Pritchett meets "Love On Top" number, am I right?

More like this
Everything To Know About Taylor Swift’s 10th Studio Album, 'Midnights'
By Grace Wehniainen and Jake Viswanath
Taylor Swift Wants To Direct A Movie Next — But You Might Have To Wait
By Radhika Menon
Twitter Is Freaking Out Over Rihanna’s 2023 Super Bowl Halftime Show Announcement
By Stephanie Topacio Long
The Spice Girls Just Dropped A Brand New Music Video
By Sam Ramsden
Get Even More From Bustle — Sign Up For The Newsletter