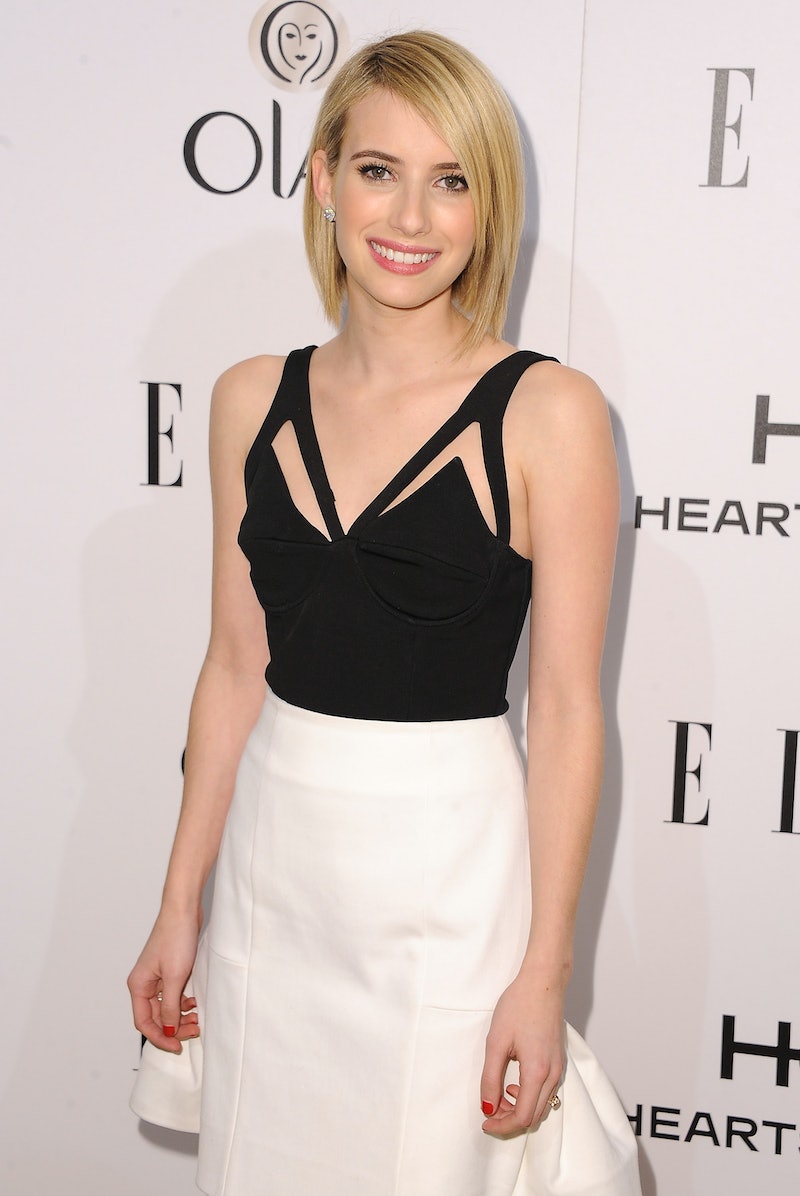 Exciting news and potentially-terrible news mixed when Emma Roberts was cast in Scream Queens, Ryan Murphy's new horror-comedy anthology on Fox. Although it means we'll be getting more of the talented actress on our TVs weekly, one big question is looming over our heads: Is Roberts leaving American Horror Story? With Jessica Lange departing AHS after Freak Show, the idea of losing another one of our favorite cast members is heartbreaking, but we may not have to worry.

One of the great things about AHS is that each season is a separate cast and a brand new story, meaning that Roberts could take a season off and still be on the FX show for years to come. Since she's only been on two seasons so far, it's less likely that she'll voluntarily depart AHS soon, anyway. And with Ryan Murphy at the helm of both shows, he could even work out scheduling for her to do a few episodes of AHS while still starring on Scream Queens. Heck, even though she's the leading lady on her new show, she could still be killed off and be in need of a job midseason. Sure, that's highly unlikely given that the show centers around two young women (and she's one of 'em), but twists are definitely Murphy's forte.

Since we don't even know what American Horror Story Season 5 will be about yet, we should all just cross this bridge when we get to it next fall. Let's just pray that Scream Queens and AHS don't air at the same time, because that's the ultimate Sophie's Choice.