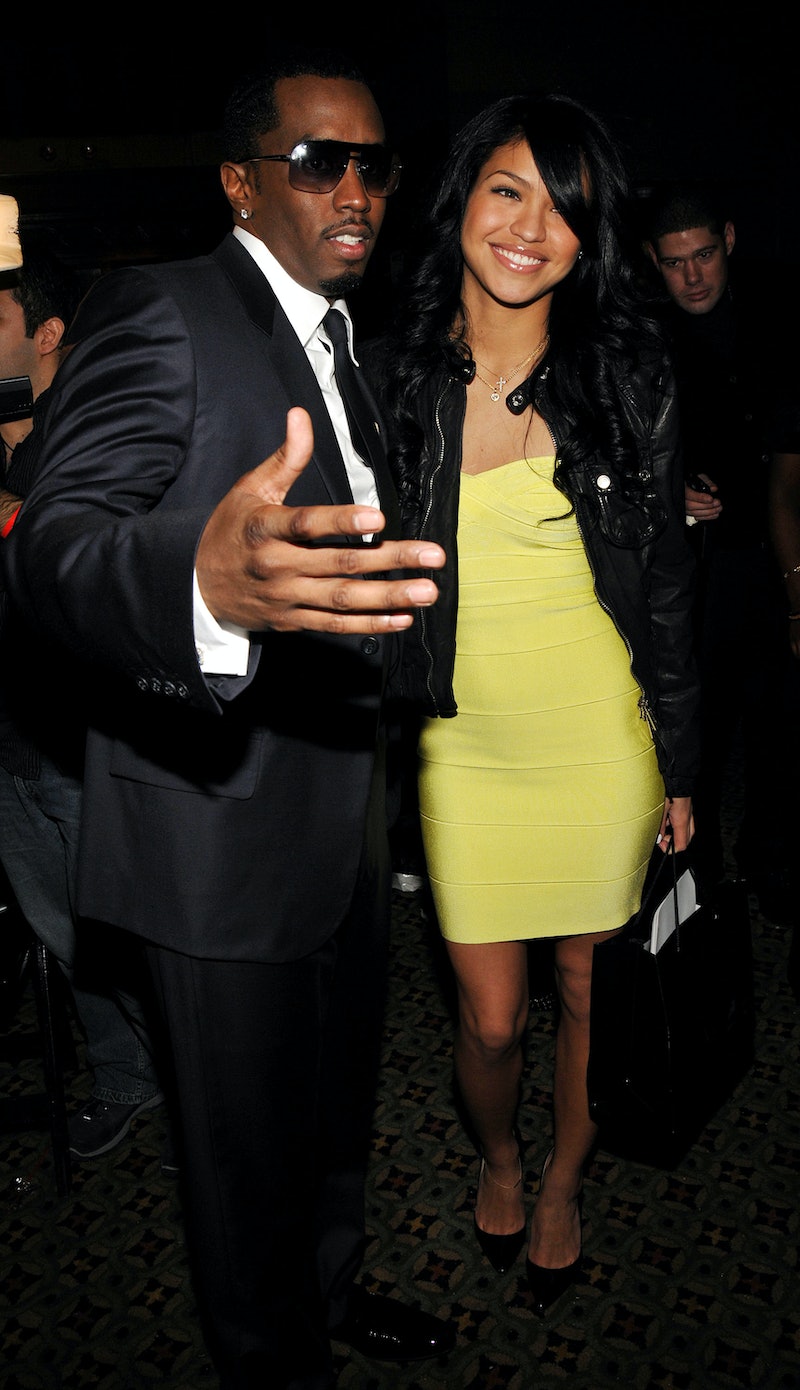 Is it possible this past weekend was the most dramatic relationship weekend of 2014 for Hollywood? Yes, yes it is. Between everything that went down between Chris Brown and Karrueche Tran and the fact that reportedly Diddy and Drake got into a brawl in the wee hours of Monday morning outside of a Miami party, I can barely keep it all straight. If you haven't heard about their fight, it allegedly started because Drake was flirting with Diddy's longtime girlfriend (and fiancée, it would seem), Cassie. Wait, am I the only one who missed the train on the Diddy/Cassie relationship? It's possible that it's because for the vast majority of the time they've been dating, they kept their relationship a secret. And after looking into how long Diddy and Cassie have been dating, I found that the answer is a really long time.

Not that they've been upfront about it 'til recently, though. According to Global Grind, the couple met in 2007 when Diddy first heard Cassie's first radio single, "Me & U," and ended up releasing her first album on his label, Bad Boy Records. From there, at some point their work relationship turned into a romantic one, although they kept it very low-key for years. In fact, Diddy didn't actually admit that he was dating anyone — let alone Cassie — until 2012.

It's not a big shock that Diddy's not into sharing the details of his relationship with the entire world... which is why it was kind of puzzling when their engagement supposedly happened on Instagram. Diddy posted a photo of a ridiculously huge (and obviously disgustingly expensive) ring last February, seeking Cassie's approval... and now, they're engaged. If you — like me — thought Diddy was better than an Instagram proposal, let's try not to overreact. After all, it's totally possible he gave Cassie an actual proposal and we were privy to none of it.

And don't worry — now that they're planning a wedding, they're totally fine with being out as a couple. Cassie even Instagrammed this picture of them together last week, and it's kind of precious.

After what could amount to close to seven years of dating, it's obvious that they're both serious about their relationship, and if the ring is any indication, they're going to throw a seriously impressive wedding. Unfortunately, it seems like Drake is going to be left off of the guest list. Sorry, man. It's going to be a hell of a party.

More like this
Who Is Nick Cannon Dating & How Many Kids Does He Have?
By Jordyn Tilchen and Radhika Menon
6 Dating App Tips To Try If You're Looking For A Serious Relationship
By Lexi Inks
The 'Love Island' Wedding Mystery That No One Saw Coming
By Darshita Goyal
Kelly Mi Li Teased A Mysterious New Boyfriend In 'Bling Empire' Season 3
By Brad Witter
Get Even More From Bustle — Sign Up For The Newsletter