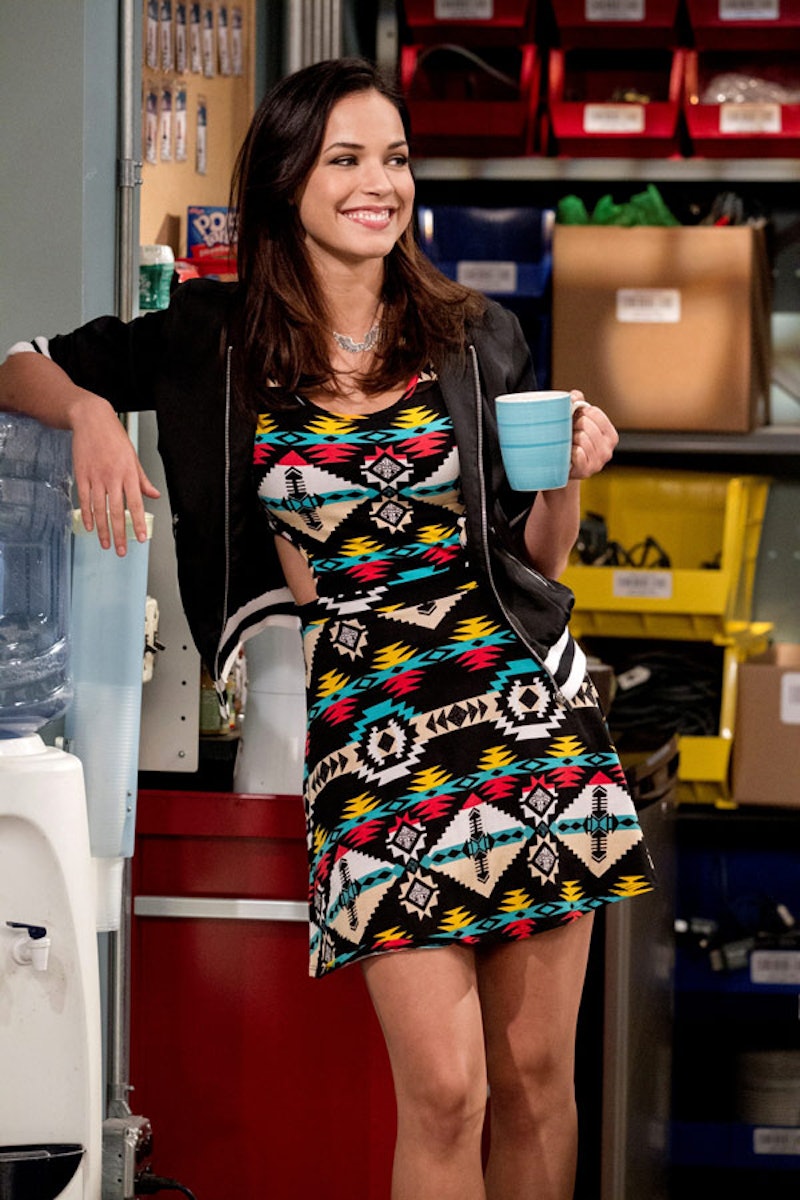 In my opinion, the cast of Pitch Perfect is probably the greatest group of lady actresses ever assembled on film. A single screen can barely contain the sheer awesomeness of all the Bardon Bellas, especially when they get their groove on. While I love the entire Pitch Perfect cast, I hold a special place in my heart for Stacie — played by Alexis Knapp — because she was so self-confident and so into owning her sexuality. She also, you know, refers to her vagina with male pronouns. Two years after Pitch Perfect, you can now find Knapp starring on the TBS comedy Ground Floor, alongside her Pitch costar Skylar Astin. Aside from playing opposite Astin in both projects, Knapp's Pitch Perfect and Ground Floor characters have a bunch else in common as well.

On Ground Floor, Knapp plays Tori. Along with most of the cast, Tori works on the ground floor (get it?!) of an office building, stuffed in between electrical equipment and old filing cabinets. The series' main focus is the romance between Jenny, a maintenance supervisor who works in Tori's part of the building, and Brody (Astin) who works in a corporate office many floors above. How can their love survive when an elevator ride separates their worlds? Check out Knapp describing her character in the video below.

And in case you need a refresher course on Stacie, here's a handy-dandy supercut:

Notice any similarities? Knapp is great at playing these types of characters — the over-the-top hot girl who parties a little too hard, but doesn't give a crap what anyone thinks about her. The Season 2 premiere of Ground Floor airs Dec. 9, and we finally have a date for when Pitch Perfect 2 will be released. Seems like the perfect time to compare two of Knapp's best characters. Just how alike are Stacie and Tori?

They Both Sing... Pretty Badly

In real life, Knapp has a good voice. But both Stacie and Tori only think they're good, which can lead to some pretty unfortunate moments. Ground Floor became a mini Pitch reunion when Anna Camp guest starred for one episode, and the cast couldn't resist busting out a classic while rehearsing a scene set at a karaoke bar. Was it Tori we were watching, or was it Stacie?

They've Both Got Epic Dance Moves

These images prove scientifically that, if you have confidence in yourself and don't worry about what others think... yeah, you'll probably still look super cheesy while dancing.

They Both Get Down

Both Stacie and Tori are unashamed of their sexuality. But Tori has calmed down a bit since her wilder days — which is just more proof that Tori is in fact Stacie from the future! (By "two years ago," I assume Tori means "at Bardon University, where I was a member of an award-winning a cappella team." Right?)