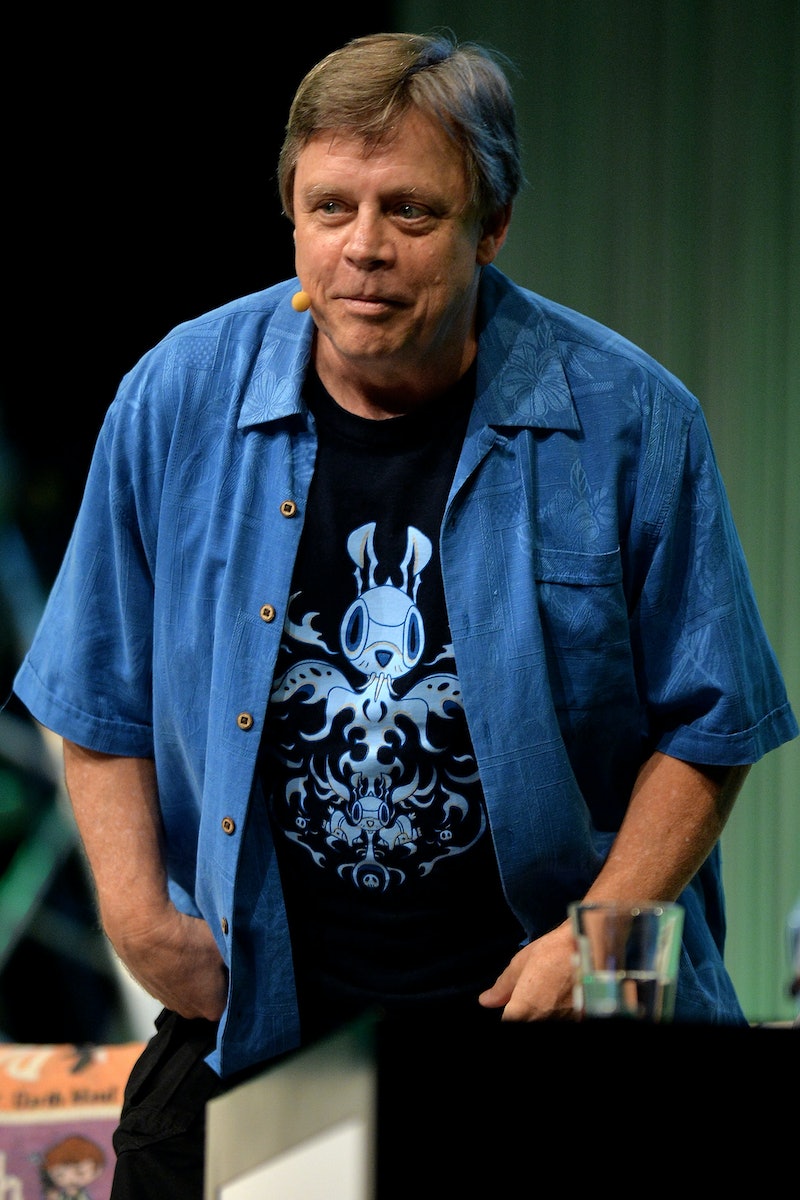 If you thought the first half of The Flash 's first season was good, then you'll love what The CW hit series has lined up for the second half of its freshmen installment. Here's a hint: it's bound to get a little tricky. The network has confirmed to EW that The Flash has cast Mark Hamill to reprise his role as the Trickster, an iconic part he took on years ago in the original 1990s television series, Flash. This new interpretation of the villainous character will find Hamill's Trickster carrying out a life sentence at Iron Heights. However, when a copycat begins attacking the citizens of Central City, Barry and Detective West enlist his help to stop this wannabe Trickster in his tracks.

"Having Mark reprise his role as The Trickster was on our original wish list when we were planning our version of The Flash," executive producer Andrew Kreisberg told HitFix, who originally reported the news. "Christmas and Chanukah came early for us this year when he said yes! We are beyond humbled and excited to have him joining us for another round of deadly trickery!"

As if that wasn't enough, this exciting cameo — which is scheduled to take place in the show's 17th episode — will also serve as a reunion of sorts between Hamill and John Wesley Shipp (Barry Allen's CW father), who starred as the Flash himself in the '90s TV series with Hamill. And since the two actors will be sharing nearby prison cells over at Iron Heights, I bet we'll be in for quite the showdown once more. (The costumes will just be a little more orange than we're used to, that's all.)

But this Trickster could bring more to The Flash than just a one-off episode. Given how much this show loves its twists (much like it's brother series, Arrow), I'm sure there could be numerous other ways Hamill's sneaky character could contribute to the overall story arc. Such as…

He Could Know The Reverse Flash

Granted we may be well past the whole Reverse Flash storyline by Episode 17, but if we're not, this Trickster could hold some answers for Barry about who the Reverse Flash is and why he murdered his mother all those years ago. That's not to say that all villains know each other, but given how these CW shows like to steer off from the comics in unique and fun ways, I wouldn't be surprised if there ended up being a connection between the two foes.

He Could Have a Harrison Wells Connection

Truth be told, it's hard to say what exactly Wells is up to with his future-telling newspapers and (Harry Potter-like) chamber of secrets, but odds are there's got to be someone who knows something about this guy's endgame. Why not have it be Trickster? After all, the mind of a con man could be just what it takes to unlock whatever plans Wells has in store for Barry, and that is no joke.