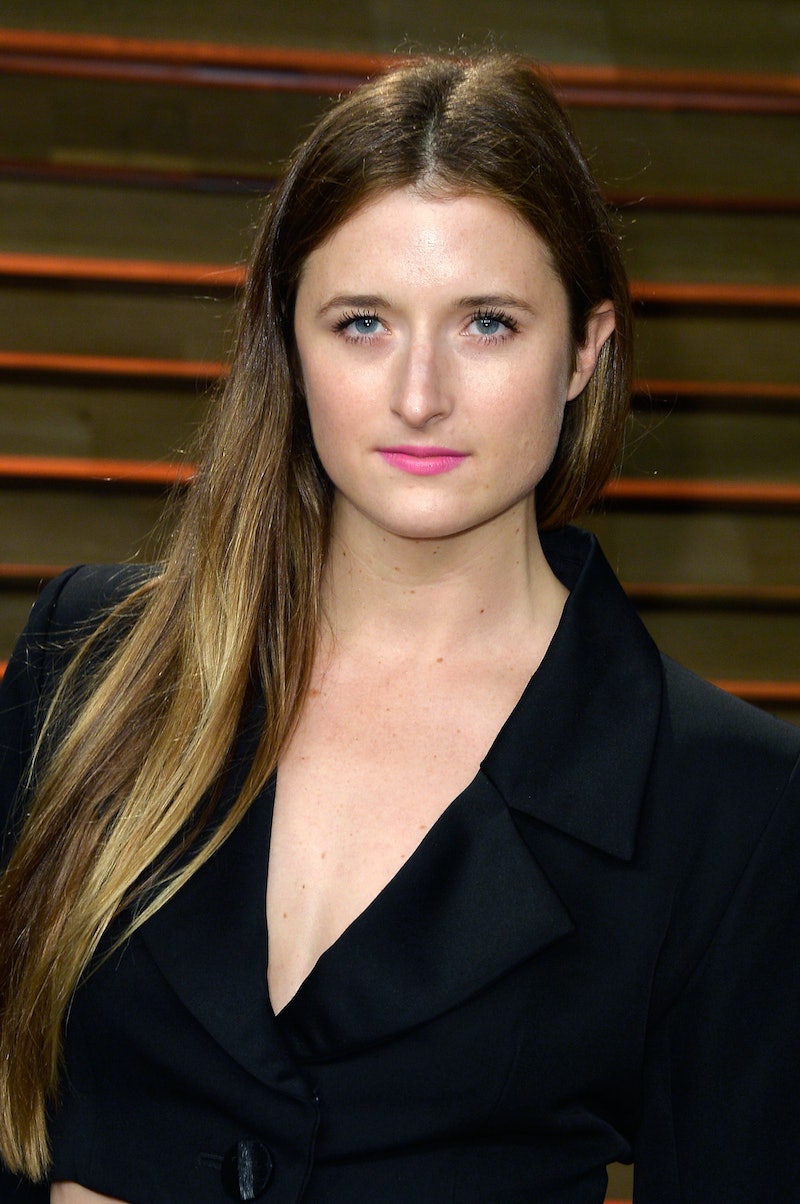 Well, go figure. Turns out, Meryl Streep's spawn are genetically predisposed to being good actors. If you watch American Horror Story or The Newsroom, you've seen Grace Gummer tear up the screen. Just like momma bear, she's gorgeous, talented, and a total catch by anyone's standards. But what about her personal life? Is Grace Gummer single? Well, it seems like a bit of a tricky one to tease out.

According to a September profile on Gummer on Refinery29, the Extant actress is apparently spoken for. The writer mentions that Gummer took some time off during the summer of 2014 to accompany her boyfriend's band on tour. Great! That answers one of our questions. Our second question: who is the lucky dude?

From what I can find with some in-depth Internet research, Gummer's relationships have been kept pretty hush-hush. In a 2010 interview with Interview Magazine, Gummer referred to hitting up an LA Dodgers game with her boyfriend, but didn't mention him by name. A year later, in 2011 Gummer was been connected to Billy Crudup. The Huffington Post reported that the actress, then 25, was seen out and about being decidedly lovey-dovey with the 43-year old actor. However, Crudup does not have a band, and thus cannot be the man in question.

NO! We were so close... There's more sleuthing to be done!

At an impasse like this, we have no recourse but to start the social media creeping. So let's comb Twitter to see if we can find any viable clues as to who the fella' may be...

Unlike myself (a person who uses social media to broadcast my inadvisable online purchases), Gummer uses Twitter for practical things... like work!

Here she is with designer Wes Gordon and actor Ansel Elgort, apparently two very dear friends. Neither of these boys, however, seem to have bands. So, we can scratch them off the list.

Let's review everything we learned today, kids. From the evidence we've compiled, it seems like Gummer is not single, and her boyfriend has a band that she accompanied on tour this summer. Who exactly is the gentleman though? To the best of my knowledge, it's inconclusive. Should any of this change, I will keep you notified.

More like this
The 'Love Island' Wedding Mystery That No One Saw Coming
By Darshita Goyal
Who Is Nick Cannon Dating & How Many Kids Does He Have?
By Jordyn Tilchen and Radhika Menon
Gigi Hadid’s Dad Shared What He Knows About Those Leonardo DiCaprio Rumors
By Brad Witter
DJ Tyler West Is Probably Safe From The “Strictly Curse”
By Maxine Harrison
Get Even More From Bustle — Sign Up For The Newsletter