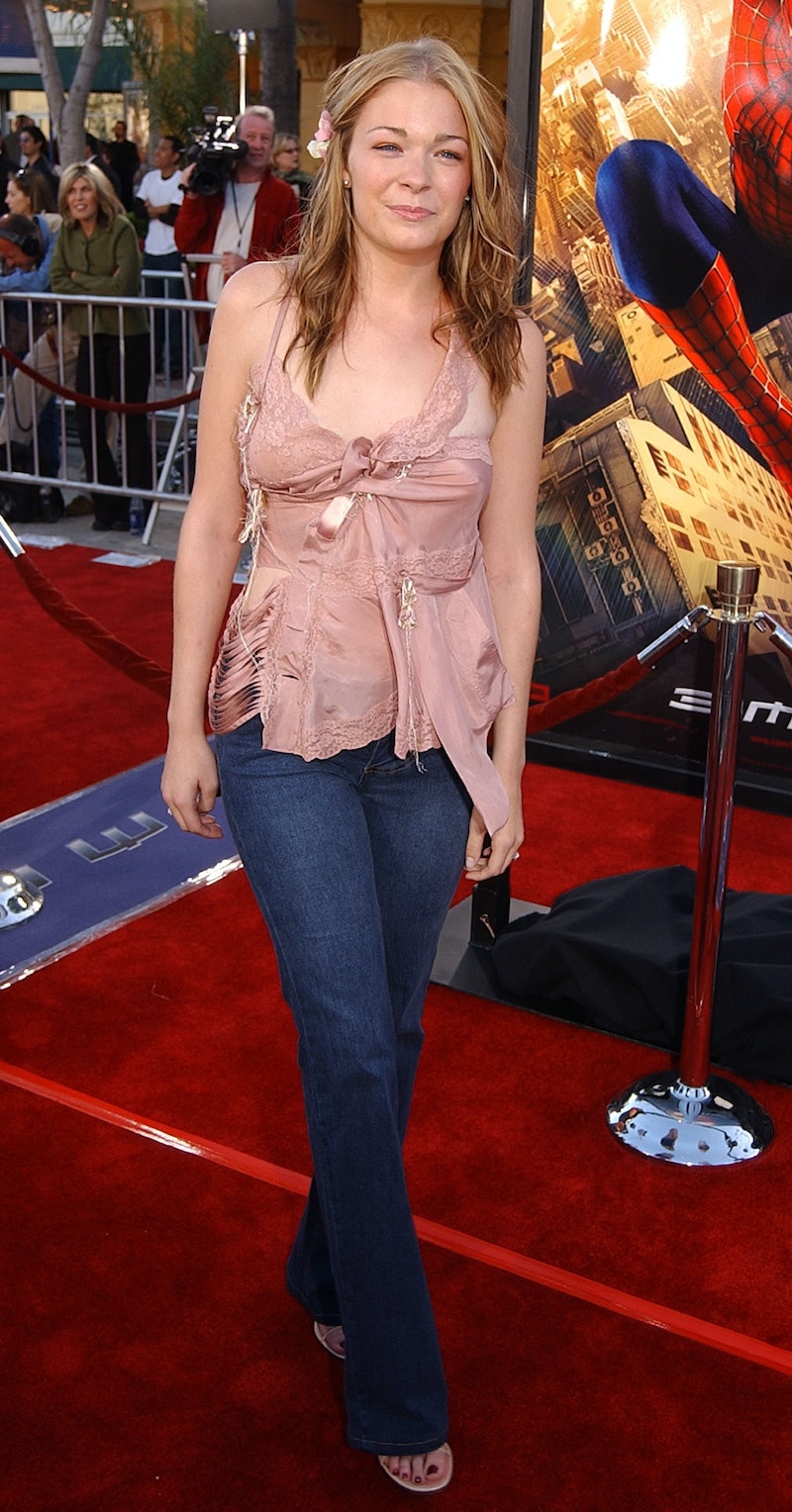 Say what you want about her personal life and marriage to husband Eddie Cibrian, but there's no doubt that LeAnn Rimes is supporting the LGBT community and equal rights for all. In a new video interview with GLAAD (Gay & Lesbian Alliance Against Defamation), Rimes opens up about country singers Billy Gilman and Ty Herndon, who bravely came out just a few weeks ago. As Rimes tells the equality for all organization, she certainly hopes by these two singers and public figures coming out it shows the country music industry it should be accepting of everyone. "I hope we're moving forward and not back," she says.

As a performer, Rimes believes she and others have a voice that people listen to, especially younger individuals. For her, it's important to spread the word and support those young and old who belong to the LGBT community. She even sweetly talks about Herndon, who she has known since she was 8 years old. Rimes says she was aware that he was going to come out and emotionally reveals, "I'm so proud of him, and I know how scary it was for him to have to do that."

Rimes believes Herndon is an inspiration, especially since his coming out prompted Gilman to do the same. Now, Gilman has the chance to live "a full life as an outwardly gay man," unlike Herndon who waited a very long time to share who he truly is with the world. As Rimes perfectly puts it, "People should be able to love who they love. Simple as that."

Hopefully Rimes' support and love will inspire others and the entire country music industry to start accepting and supporting the LGBT community.

More like this
An Honest Review of MeUndies Boxers, According To A Non-Binary Person
By Megan Lasher
The 'Heartstopper' Cast Were Spotted Filming In A Major City
By Nola Ojomu and Sam Ramsden
There’s A Brand New Drag Race Spin-Off & It’s Dropping Very Soon
By Sam Ramsden
Stormzy Made A Passionate Speech About The Importance Of Diversity
By El Hunt
Get Even More From Bustle — Sign Up For The Newsletter