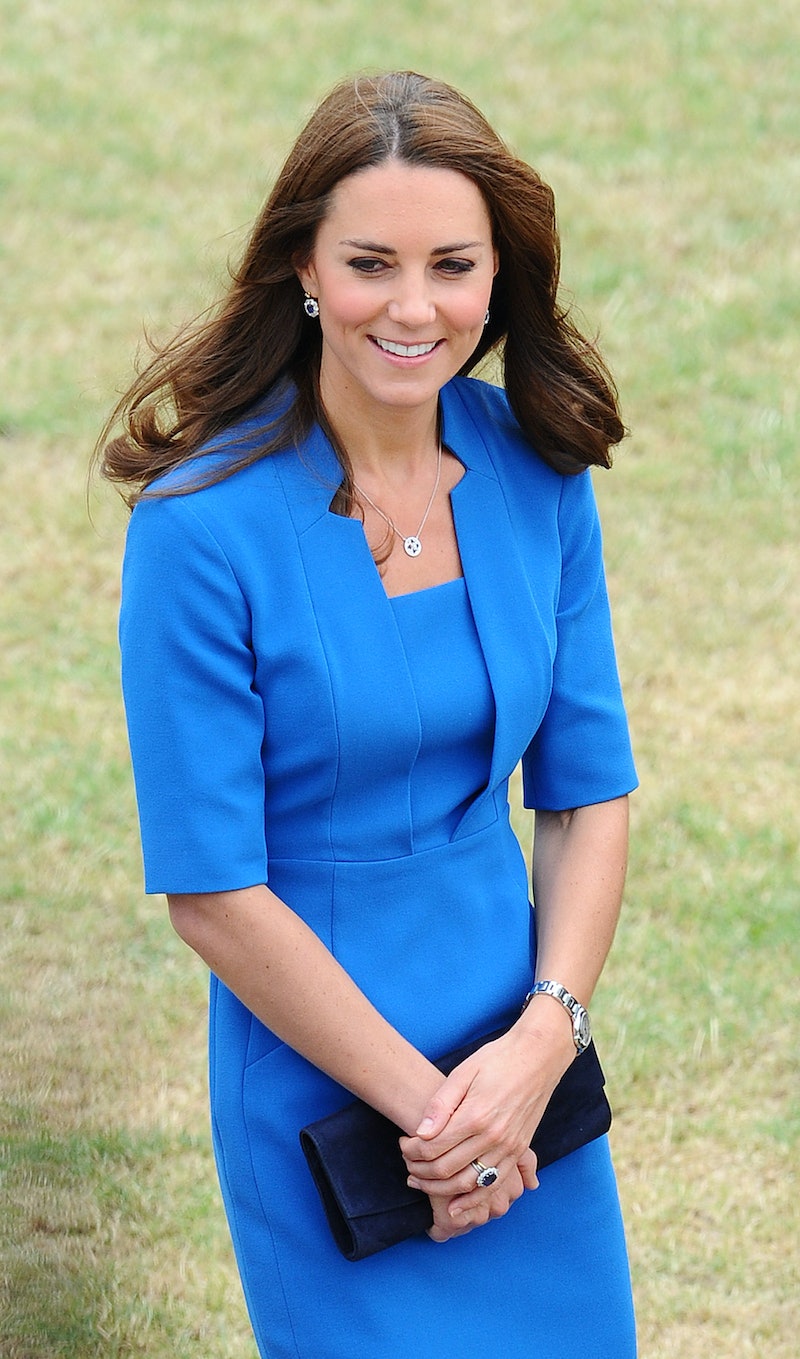 If you're like me and make a habit of following the whereabouts of a certain British royal couple, you'll know that Prince William and Kate Middleton are visiting New York City. So if you're in the area and feel like stalking some royals, have at it! And, as you would expect, the couple's itinerary is pretty packed throughout their entire stay. However, I doubt anything will be able to top Kate's recent experience at Harlem's Northside Center for Child Development. During her Monday visit, the Duchess of Cambridge was mistaken for Elsa the Snow Queen from Disney's widely popular, animated film Frozen. Or, at least, that's what the children kept calling her.

"They thought she was the princess from Frozen," the Center's administrator Rose Ann Harris explained to US Weekly. As in a real-life incarnation of Elsa. Seriously, could these kids be any cuter? (The answer is: No. No they could not.) And to be perfectly honest, they kind of make a good point. I mean, aside from the lack of blonde hair and magical freezing abilities (that we know of anyway), Kate Middleton actually has quite a bit in common with Queen Elsa of Arendelle. And I can prove it…

They Are Both Royal

Kate may have married into her royalty rather than be born with it, but that doesn't mean she doesn't understand the pressures that come with accepting such an important and public title. In fact, in many ways the pressure could be even greater for her considering how she may feel the need to prove her worth. Meanwhile, Elsa's had to deal with some high-pressure tasks herself. Like not freezing people. Rule No. 1 for any family of nobility (though it's frowned upon for the general public as well).

They've Both Perfected the Hair Flip

Grace and elegance with just a hint of sass. The perfect hair combo for any royal lady to wear with pride.

They Would Do Anything For Their Younger Sister

Like Elsa, Kate values her family above everything else and would do whatever it takes to protect them, and that includes her younger sister, Pippa Middleton. And you just know that Kate and Pippa probably built tons of snowmen together when they were kids.

They Know How To Rock a Beautiful Gown

These two ladies truly reign on this style parade.

See what I mean? Kids may say the darndest things sometimes, but you have to admit they were spot on with these royal similarities. Well done little ones. Well done.

More like this
8 Photos Of Prince George & Princess Charlotte At Queen Elizabeth II's Funeral
By Jake Viswanath
Lin-Manuel Miranda & Tituss Burgess React To 'Little Mermaid' Casting Backlash
By Radhika Menon
Margot Robbie Breaks Her Silence On *That* Viral 'Barbie' Moment
By Maxine Harrison
The 50 Most Powerful Characters In The Marvel Universe, Ranked
By Johnny Brayson and Nola Pfau
Get Even More From Bustle — Sign Up For The Newsletter