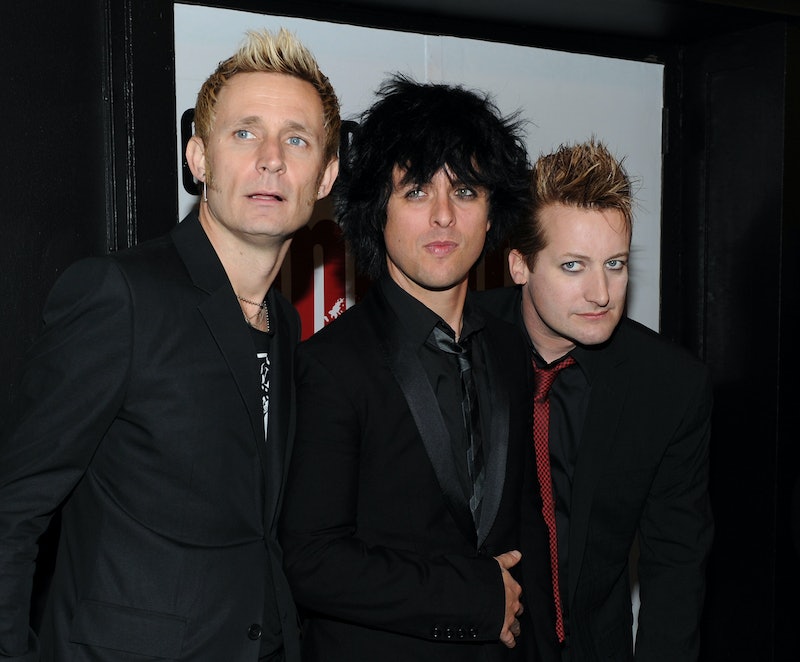 Some sad news for fans of the band Green Day. The band's guitarist Jason White was diagnosed with tonsil cancer, Green Day announced via their Facebook page last Friday. However, and thankfully, the musician will be OK seeing as they caught the cancer just in time. As the statement reads,

We have some news to report regarding our brother Jason White, and wanted you to hear it from us before word spread. Jason recently underwent a routine tonsillectomy, and his doctors discovered a treatable form of tonsil cancer. Thankfully they caught it early and he should make a full and speedy recovery. Please join us in sending him love and positive healing vibes during this time.

First, that's great news! Second, it seems like White will probably rejoin his fellow bandmates in no time especially since they are reportedly releasing a brand new album. According to Green Day's Facebook page, frontman Billie Armstrong seemingly hinted that they might have an upcoming album. Armstrong posted a picture reading "Green Day 15" with the following caption: "I'm in a hardware store in Queens. And this is on my mind."

Hmm... it sure sounds like new music is on its way, and luckily, it sounds like White will be a part of the fun! In addition to their supposed album, Green Day is being inducted into the Rock and Roll Hall of Fame in 2015.

For those unfamiliar with White, per Rolling Stone, White first joined Green Day in the early '90s and became their second guitarist during their Warning tour. Later on, White took over as the lead guitarist and was named an official band member in 2012. He's sort of, the fourth Green Day member, but a very valuable part of the team nonetheless.

Sending all my best to White during his time of recovery!

More like this
12 Must-Watch Documentaries To Honour Black History Month UK
By Sophie McEvoy
Mel B Speaks Out Against Domestic Violence In A Powerful Speech
By Sophie McEvoy
Everything To Know About Taylor Swift’s 10th Studio Album, 'Midnights'
By Grace Wehniainen and Jake Viswanath
Everything You Need To Know About ‘Black Panther: Wakanda Forever’
By Bustle Editors
Get Even More From Bustle — Sign Up For The Newsletter