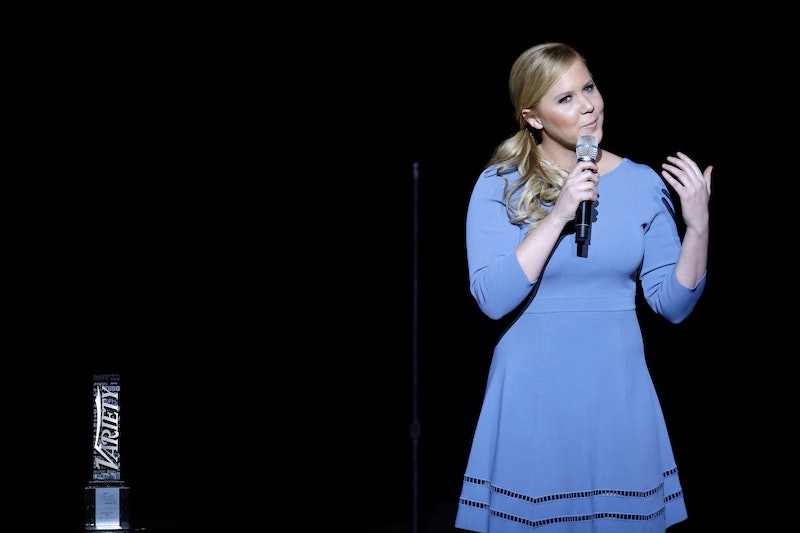 Hell yeah: After a truly great season of Inside Amy Schumer, the comedian behind the Comedy Central show is helping to bring another woman with a lot of potential to the network. Amy Schumer will executive produce a pilot for Comedy Central that is set to star comedian Rachel Feinstein. Th description Deadline lays out makes it sound an awful lot like the first season of Inside Amy Schumer, so I personally cannot wait to see how this one grows into its own voice:

[It will be a] field-driven sketch show that focuses on Feinstein out on the street and uses her social experiments and character-based comedy to explore and skewer gender, class and stereotypical issues in sketch and character-driven field pieces.

As for the woman who'll be operating as the face and voice of the show: Feinstein's made appearances on Inside Amy Schumer and, like Schumer, was a finalist on Last Comic Standing. It's somewhat tradition for comedians who make good to then turn around and help other comedians climb the ladder — both because producing more things is considered a good gig and presumably because it's the nice thing to do, as Chris Rock pointed out in a recent essay. We saw Amy Poehler do a version of this in his producing capacity for Broad City, for which we should all thank our lucky stars every day; Louis CK has done it, too. I for one am more than ready to see what the team-up of Schumer and Feinstein has to offer.

Here's Feinstein's reel, for those curious:

More like this
UK Viewers Will Have To Wait To Watch The Handmaid’s Tale S5
By Maxine Harrison
Paul Mescal, Man Of Mystery
By Samantha Leach and Heather Hazzan
The 'Reasonable Doubt' Cast Includes A 'Save The Last Dance' Reunion
By Grace Wehniainen
Devi Is Going To Meet A “Smoldering Bad Boy” In ‘Never Have I Ever’ Season 4
By Jack Irvin and Gabrielle Bondi
Get Even More From Bustle — Sign Up For The Newsletter