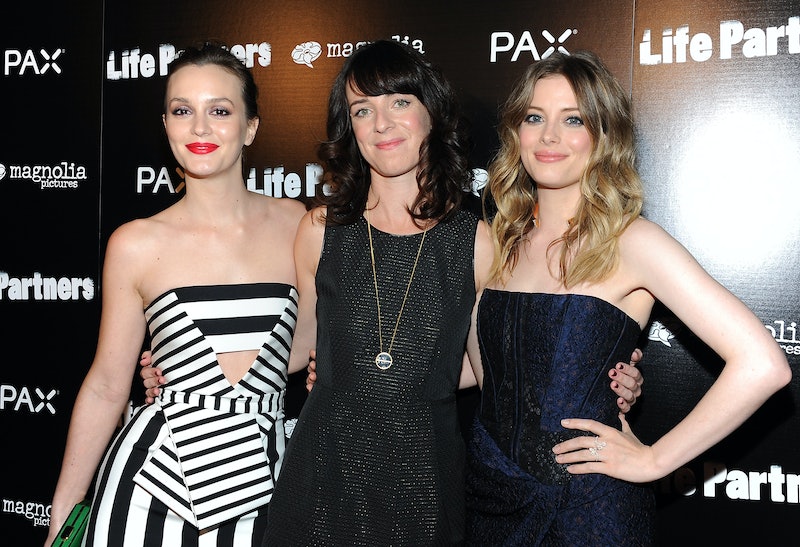 What’s up? I hope it's okay that I'm reaching out to/from you like this. I know you’ve been saying in therapy that you want to improve your communication with those closest to you. At least I think that’s what you said: I can only hear your sessions clearly on the days you wear skirts (What does Dr. Fleming look like, btw? I just keep picturing Lorraine Bracco). Anyway, obviously you and I have a pretty intimate relationship since you literally trust me with your life (slash preventing new ones, haha) on a daily basis. Or let’s be honest. Not daily. Every two monthsish. More since your last birthday. That’s kind of what I wanted to talk to you about.

Sooooo, real talk. Maybe it’s just the view from where I’m sitting (#YourLowerCervix) but it seems like ever since you turned 32, you’ve been lowering your standards for sexual partners. Granted, I only know part of the story since I only see the one part of them, but I think it’s safe to say I know you better than you know yourself. And I like to think I’m pretty observant about the outside world in general, even though I’m internal by nature. My point is I can tell you’re selling yourself short.

Like that guy Colin you met on Tinder who said you were his first Tinder date and then he suddenly took himself off Tinder after your second date but you didn’t feel like you could ask him about it on your third date because it was too early, but then he disappeared for two weeks anyway and when he finally resurfaced he claimed he’d been in Buenos Aires and forgot his phone charger or they didn’t have the right converters for American chargers there or something.

I could not have agreed more with the eight friends you called for advice that you should not get drinks with him again. But you did. And by extension, so did I. And what happened later that night can only be described as a violation of both of our dignities. Not to be all “I told you so,” but I knew neither of us was ever going to see him again.

Or that bike messenger you met at the Cha Cha Lounge the night before your birthday. I don’t think I caught his name but I definitely heard him use the word “sarcastical” and discuss how much money he saved the year he lived in a storage unit and took all his showers at the gym. I know you were really drunk that night and 32 is a weird age to be turning - I remember you talking to Dr. Fleming about that - but still. Dude, you have a Masters. You have so much going for you. And you’re probably beautiful. At least, you are on the inside.

And… Okay, I wasn’t going to bring this up, but can we talk about what happened with your ex-boyfriend last week? I know I never met Ben when you guys were dating because you just used condoms then, but he seems like such a nice guy and obviously he’s still totally in love with you. I know Amy’s wedding weekend was really emotional, but I still feel like sleeping with him knowing he was just going to get super invested again was kind of cruel. To him and to me. Cause not to be a martyr here, but it was like his entire life force was trying to put a baby in you. Both times. I was like a goalkeeper at the fucking World Cup for you that night. And then I woke up feeling sad for all three of us.

Anyway, you get the point I’m making here. And I really hope this doesn’t seem like an attack. I know I have a reputation for being cold and sterile and a lot of people have said it really hurts to let me in (related: would you mind asking Dr. Fleming for advice on how I can stop going into WebMD/YahooAnswers click holes when I can’t sleep? Would love her thoughts). But trust me, this is all coming from a place of love. It’s not about me at all. Because, let’s be honest, when you meet The One you won’t need me anymore. They’ll bury me in that “hazardous waste” bin in the exam room where we first met, next to something slimy. And I’ll never get to meet your baby. But it will all be worth it to me because that’s the kind of friend I am.

Let me know if you wanna talk further. I’m always here for/in you.

Susanna Fogel is the director and cowriter of the comedy LIFE PARTNERS, available now in theaters, on demand, and on iTunes.