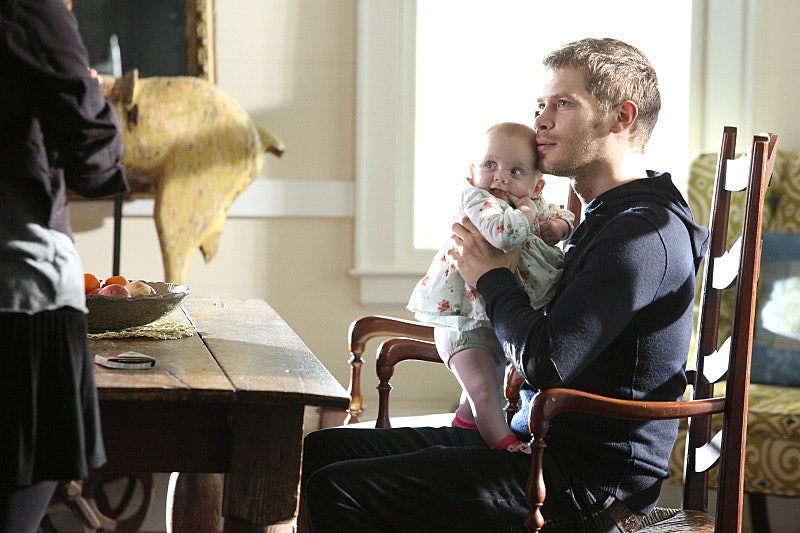 And we've come full circle. Sure, The Originals midseason finale left us on a cliffhanger, but it also left us with something so much more — Esther Mikaelson being beaten at her own game and Kol getting revenge that he so desperately wanted. On Tuesday night's "The Map of Moments," Klaus turned Esther into a vampire because what better way to make her pay than to force her to choose between becoming a creature she despises or death? But Klaus wasn't the only Mikaelson that got revenge on Season 2's midseason finale — The Originals finally revealed why Kol's stuck around all of this time. He's been seeking revenge, too.

Tuesday night's episode was all about everyone getting what they deserved. Esther was forced to face all of the twisted and destructive decisions she made for her children in the past when they were thrust upon her by the same children she sought to "save" from their afflictions. And Kol, who felt he was the least-appreciated and most-victimized of the Mikaelson clan, got the revenge he so desperately sought on the sister that never cared for him as much as Klaus and Elijah. Even if it meant Claire Holt leaving the series yet again for awhile.

So, where did the midseason finale cliffhanger leave us? Well, after Klaus, Elijah, Rebekah, and Kol got together with Marcel, Davina, and Cami (this was truly a group effort), they decided to take down Esther once and for all, with Rebekah graciously volunteering herself as bait. Why? Because they deserve to live happily ever after with Hope and they've earned the right to live peacefully without their parents constantly trying to end their lives. Rebekah put some of her blood into a glass of wine, she toasted to Esther's plan to turn her into a human, and then she watched her drink it — just in time for Klaus to stab Esther, killing her with vampire blood in her system. And that was it, Klaus got the last laugh on his ever-meddling mother and she was left to choose eternal life or death — the ultimate punishment.

But it was Kol's revenge is really what left us on the cliffhanger — the skilled Mikaelson brother messed with the plan and the spell to get revenge on Rebekah for tattling on him and forcing him to watch his witch-friends suffer way back in the early 1900s. Klaus sealed a handful of Kol's witch friends in a house in New Orleans for all eternity after Rebekah ousted Kol for trying to create a dark object to kill Klaus with and, when push came to shove, Kol figured out how to send Rebekah into one of the currently imprisoned witches' bodies. So, while we won't get more Claire Holt, Rebekah Mikaelson isn't leaving The Originals Season 2 just yet. The double-dose of revenge was exactly what The Originals needed and now we just have to wonder how long it'll take Klaus and Elijah to catch onto Kol's games.

More like this
What’s New On Netflix: Ana De Armas’ 'Blonde' & A Nick Kroll Special
By Arya Roshanian
'Elite' Season 6 Is Arriving Sooner Than You Think
By Gretchen Smail and Grace Wehniainen
The 'Reasonable Doubt' Cast Includes A 'Save The Last Dance' Reunion
By Grace Wehniainen
Nicola Coughlan Shared A Lady Whistledown Excerpt From ‘Bridgerton’ Season 3
By Grace Wehniainen, Alyssa Lapid and Sam Ramsden
Get Even More From Bustle — Sign Up For The Newsletter