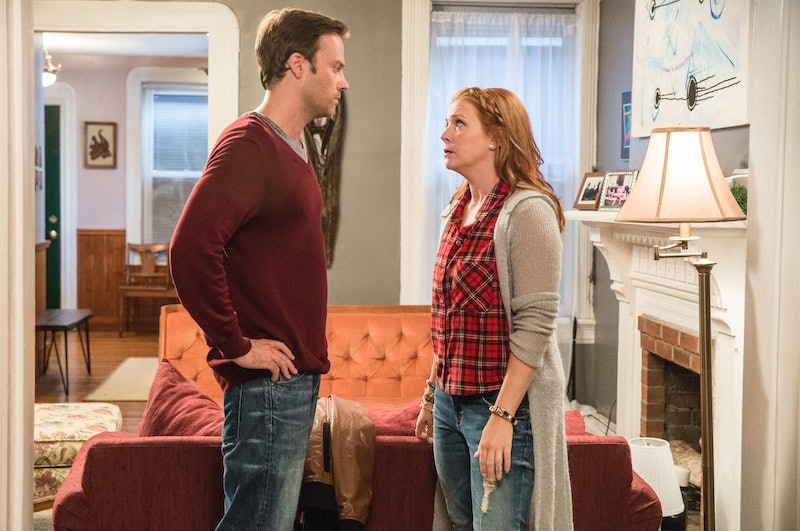 The golden era of the WB feels like it was just yesterday, doesn't it? Buffy and the Scooby gang fought Vampires in Buffy the Vampire Slayer. Dawson and Co. got romantically entangled with each other all the time on Dawson's Creek. And the Camden family kept it in good spirits on the long-running drama series 7th Heaven . Barry Watson played the good-hearted Matt Camden for all 11 seasons of the series, in which the character transformed from intelligent teen to medical school graduate and a father with kids of his own. Since then, Watson hasn't stopped acting and has appeared in TV shows and movies, including Saturday night's The Santa Con , premiering on Lifetime just in time for Christmas.

In the merry TV movie, Watson stars as Nick, a small-time con man whose parole officer orders him to take a big-time job — dressing up as a mall Santa Claus. Sure, Nick hates the gig at first, but then he accidentally promises a young boy that he (Santa) will reconcile his estranged parents in time for Christmas. At the convincing of his sister Rosemary (played by Melissa Joan Hart, who also directed the movie), Nick feels compelled to fulfill the promise. Along the way, he realizes the meaning of the holiday (of course).

The Santa Con isn't Watson's only acting role since Matt Camden. Check out what the 40-year-old actor has been up to since.

In 2006, Watson starred as the title character in the alphabet network's series What About Brian? Unfortunately, that question was only answered for two seasons. Then in 2007, he played the love interest of Christina Applegate's amnesia-affected Samantha in the short-lived comedy Samantha Who?, also on ABC.

He starred opposite Sarah Rue in the ABC Family telefilm My Future Boyfriend as, well, a boyfriend from the future named Pax.

On the Big Screen

The actor made his big-screen debut in Kevin Williamson's 1999 film Teaching Mrs. Tingle and continued to take on roles in movies such as 2001's When Strangers Appear, 2002's Sorority Boys, and 2005's Boogeyman. He also had a cameo as himself in hit heist movie Ocean's Eleven, starring George Clooney, Bratt Pitt, and Matt Damon.

Watson has made several memorable guest appearances on popular TV shows. He recurred on The CW's Gossip Girl as Serena Van der Woodsen's boyfriend, Steven Spence, for six episodes. Watson has also appeared on TBS' Wedding Band, FX's Wilfred, and Showtime's Masters of Sex. Most recently, he portrayed Davis Polk on The CW's Hart of Dixie.