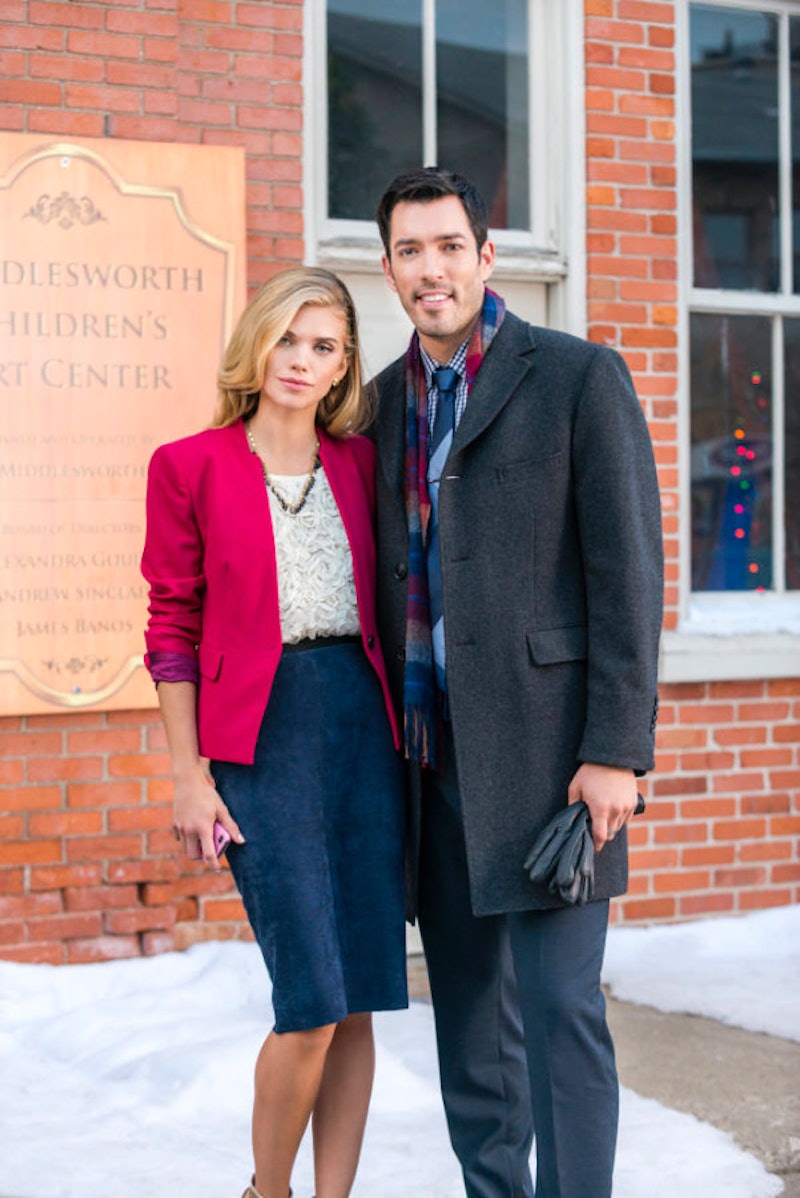 Isn't always a little weird when reality TV stars cross over into scripted TV shows and movies? It feels like both should be completely separated entities, especially those real estate and DIY shows that educate more than entertain with crazy romantic entanglements. But hey, it's totally possible — HGTV star Drew Scott is doing it. He's going from Property Brothers, Brother vs. Brother, and Buying and Selling to Hallmark Channel TV movie The Christmas Parade , premiering on Saturday night. Scott is making the jump from TV host and HGTV personality to holiday TV movie actor, because, well, that was actually his first love.

Scott may have found success flipping houses and hosting real estate TV shows with twin brother Jonathan, but he originally wanted to act. “I started out as an actor and I did improv and comedy as well," Scott told Parade Magazine. "And so coming from TV and film as an actor before I got into hosting, this gave me a bit of that chance to kind of go back to my roots. So it was a lot of fun."

Here's an overview of Scott's real estate reality show resume, as well as his acting credits.

Even before Drew and Jonathan started flipping houses, the Canadian brothers had brains for business. At the tender age of 7, the boys founded JAM Enterprises (for Jon, Andrew, Mom), which made and distributed decorative nylon hangers — and they were a big hit in Japan craft stores.

Flashforward to their college days: Drew and Jonathan flipped their first home for a $50,000 profit.

In 1997, one of Scott's very first roles as an actor was on the Canadian teen series Breaker High, which also featured a young and awkward Ryan Gosling. Scott went on to appear in other projects, such as Smallville, Dancing Ninja, Possession, Coyote Mountain, and Great American Dream.

Scott had to balance the filming of all his shows on HGTV with filming The Christmas Parade, but he made it work. "Lucky for me, the producers for The Christmas Parade actually worked around my schedule," he told Parade. "And so I would shoot Property Brothers all morning and then I would go to set and shoot The Christmas Parade into the evening. And that’s what I did every day for that week. It was a blast. I love acting. And to especially do a Christmas/holiday movie it was amazing because Christmas is the biggest time of the year for our family.”