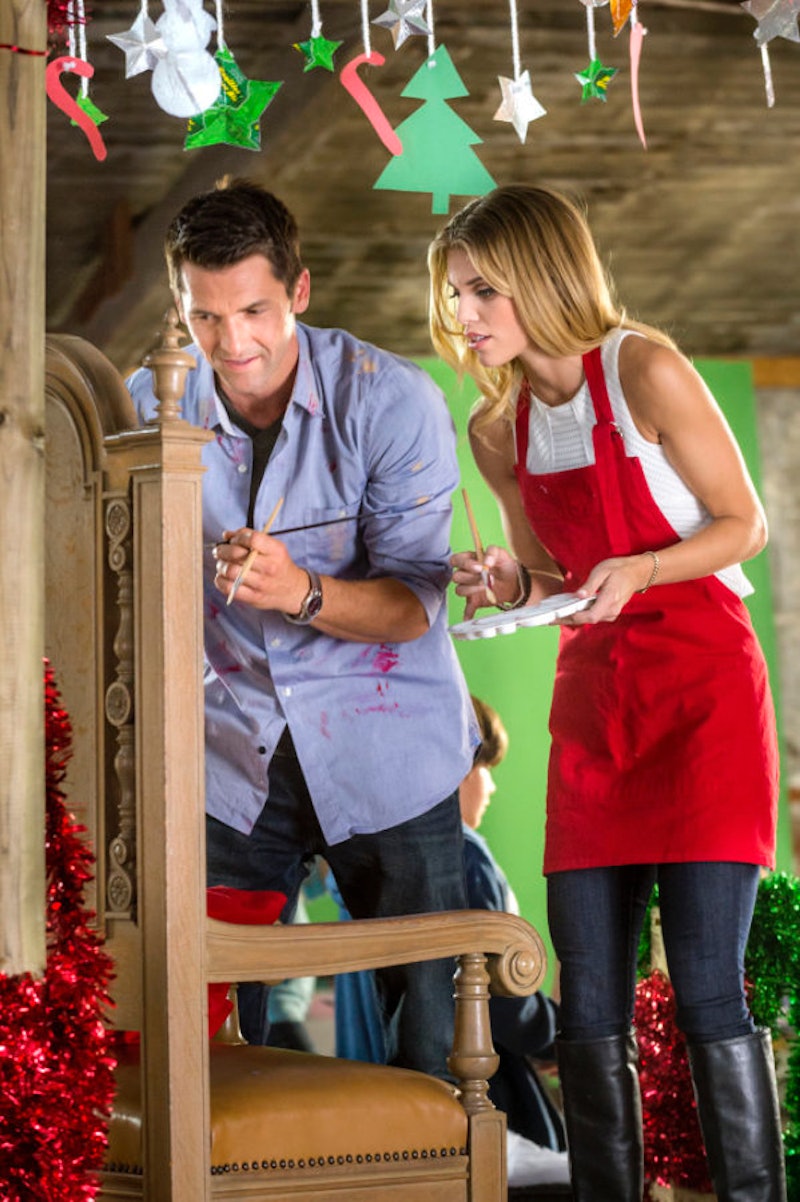 You can feel it in the air, right? Christmas is less than two weeks away and I am psyched. Not only because I get to go home to freezing cold New York City, but because this winter month is filled with so many excuses to indulge in my favorite treats: hot chocolate, candy canes, and heartwarming Christmas movies. But there are only so many times I can watch Love Actually before I start reciting the whole film by heart, so luckily there are enough new holiday TV movies to go around. On Saturday night, the Hallmark Channel will premiere The Christmas Parade , starring Jefferson Brown alongside AnnaLynne McCord and Drew Scott — and you probably know Brown from the tons of TV movies he's done.

The Canadian actor, who was born in New Brunswick and raised in Ontario, has appeared in lots of TV movies and guest starred in dozens of TV shows. In The Christmas Parade, Brown plays Beck, a small-town budding artist that just might sweep news reporter Hailee (played by McCord) off her feet after her run-in with the law. Together, will they discover the meaning of Christmas? Well, you'll have to tune into the movie to find that out, but for right now, here is what's good to know about Brown.

As I said up there, Brown has been in tons of TV movies — even Lifetime ones! And you know Lifetime knows how to do a good (and so bad it's good) telefilm. The actor made his on-screen debut with a small in a TV movie called The Stalking of Laurie Show. From there, he had roles in the following films made for the small screen: SyFy's Descent, Cheap Draft, SyFy's KAW, Lifetime's 12 Men of Christmas, Salem Falls (based on the Jodi Picoult novel), and Dear Viola.

Brown has also played parts large and small in some full-length feature films. Last year, he starred in the romantic comedy Please Kill Mr. Know It All about a crazy mix-up between an advice columnist and a contract killer. The role secured him a nomination for Best Male Performance in a Feature at 2013 Canadian Comedy Awards.

He also had a supporting role in the Korean indie dance flick Make Your Move, starring Derek Hough and K-pop singer BoA. His smaller roles on the big screen include Silent Hill: Revelation, Pigs, Carrie, and Dead Mary.

The Canadian actor has amassed a whole lot of guest appearances on Canada-filmed TV shows — and of course the Toronto-based Degrassi is on that list, as well as being my personal favorite guilty pleasure show. In 2012, Brown played an NYU Tisch-trained director named Brett Burnett who pushes Eli Goldsworthy (played by Munro Chambers) to be the best aspiring film director he can be.

Brown has also guested in TV series such as the Canada-U.S. co-production Rookie Blue, The L.A. Complex, Haven, Being Erica, and Murdoch Mysteries.

More like this
Paul Mescal, Man Of Mystery
By Samantha Leach and Heather Hazzan
Olivia Wilde Addresses *Those* Florence Pugh & Shia LaBeouf Rumours
By El Hunt and Sam Ramsden
Here’s Everything Coming To & Leaving Netflix In October
By Jake Viswanath
Morfydd Clark’s Party Trick Is Only Impressive To “People Outside Of Wales”
By L'Oréal Blackett and Maxine Harrison
Get Even More From Bustle — Sign Up For The Newsletter