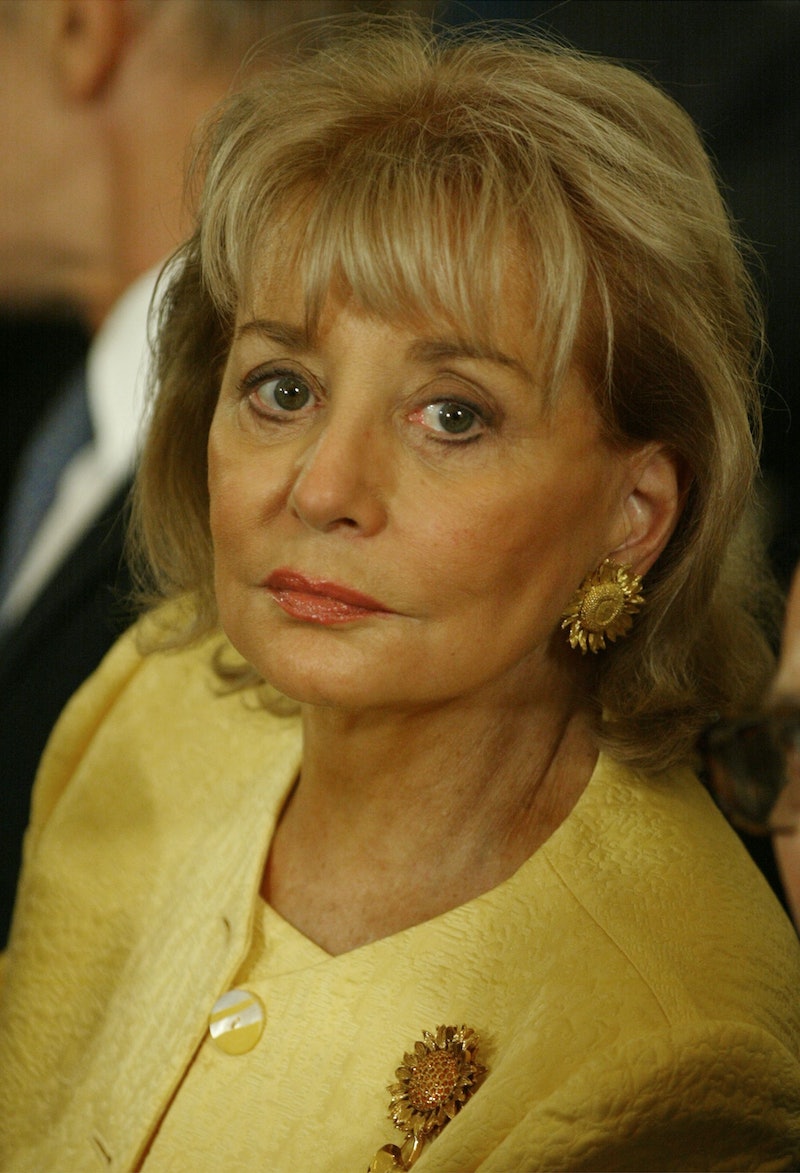 It's not quite the end of the year without journalist Barbara Walters' annual list of the 10 Most Fascinating People. Even ABC knew that — last year was supposed to be the news special's final year, but the network decided to bring it back for another year. Thus, the 10 Most Fascinating People of 2014 will air Sunday night. Since 1993, Walters' list has attracted millions of viewers and great ratings — why would ABC and Babs ever give it up? This year's installment includes Oprah Winfrey, actress Scarlett Johansson, Oscar host Neil Patrick Harris, soon-to-be Netflix talk show host Chelsea Handler, and mega pop star Taylor Swift. The No.1 most fascinating person will be revealed during the special. But who selects Barbara Walters' most fascinating people every year? Why, it's Walters herself! (Along with exec producer Bill Geddie.)

Babs has compiled her own list of celebrities and personalities who have defined the year in entertainment since the very first edition in 1993, in which Hillary Rodham Clinton was named most fascinating. She always compiles an eclectic — and, yes, fascinating — group to profile in her highly-rated special and this year should be no different. But the selectees aren't always approved and aren't always willing to show up to be interviewed by the veteran journalist. Here are some tales from behind Fascinating.

Last year, the A&E series' star Phil Robertson had the honor of sitting down with Walters, but instead ditched the opportunity to — what else? — hunt some ducks. His wife Kay sat down and did the interview in his place, explaining that he often misses huge events in order to hunt.

Babs naturally wanted to select the NSA leaker as her Most Fascinating person of 2013, but ABC did not approve the choice, according to the New York Daily News. Snowden remained on the list, but he too wasn't a fan of being selected — he didn't consent to an interview with Walters. So the special just ran old interviews and footage for his segment.

Hillary Has Been the Most Fascinating the Most Times

The former First Lady and Secretary of State has been chosen for the special the most times out of anyone else — four. Clinton was even meant to be last year's last most fascinating person, bookending the 20 years of the special, since she was also selected as 1993's No. 1 fascinator.

Will Hills make the cut again this year as a private citizen? We'll have to tune in Sunday to find out.