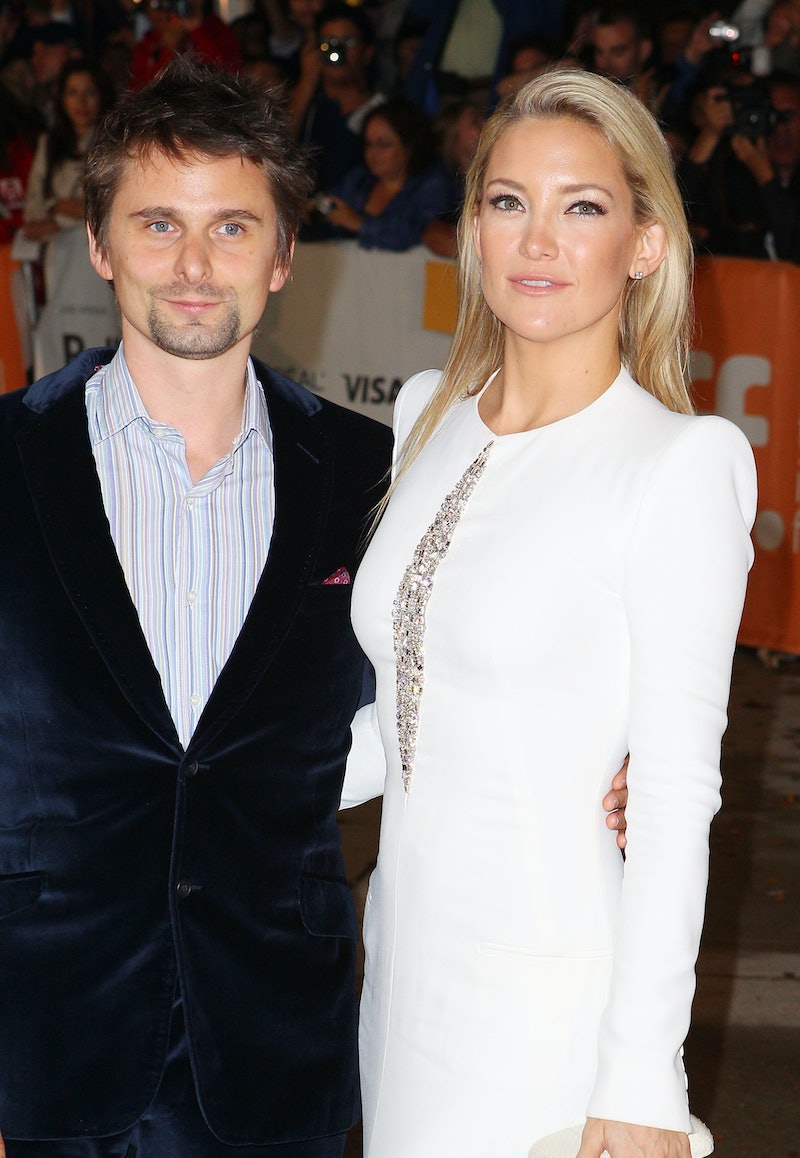 Let the dirges of withering celebrity love ring throughout the lands, as we mourn the death of yet another Hollywood relationship. This morning, Kate Hudson and Matt Bellamy's reps confirmed that the couple has ended their three-year-long engagement. Turns out, they've been separated for a while now, and we didn't even know it! Huh. Why did Kate Hudson and Matt Bellamy break up in the first place, anyway? Let's find out as much as we possibly can about this ordeal, while still respecting their privacy, shall we?

Perhaps being separated for work put a strain on their relationship. After all, it must be difficult for a touring musician and an actress who is always on location to find time to spend together. These past two years have also been rather busy for Hudson. She filmed three movies in 2014, which means that her schedule has probably been bonkers. While it doesn't look like Bellamy has been on tour lately, perhaps he's been busy in the recording studio, and they couldn't really find time to hang out. Iunno. I'm just spit-ballin' here guys.

When you look back at their engagement timeline, things moved pretty quick for the How to Lose a Guy in 10 Days actress and the musician. As Hudson told Elle UK last year, she became pregnant with their son Bingham only two months after they started dating in 2010.

Even if their courtship was, as Hudson puts it, "traditional," they hit a major life decision at about the 8-week mark that would bind them together forever. Like many couples do, Bellamy and Hudson chose to get engaged after finding out that they were pregnant. They hardly had enough time to get to know each other before they got the baby news.

Raising a life together is a big test of compatibility, and there's still a fair amount of societal pressure put on two people to get married when they become pregnant. Some of these marriages work out. Plenty of them aren't ultimately meant to be, and nobody is at fault.

We may never know with complete certainty why Hudson and Bellamy decided to split. It could be any number of reasons, from work-related stuff, to the fact that they just might be better as friends. What's important is that they both continue to be great parents to their kids, which I'm sure Bellamy and Hudson will do.

More like this
18 Years After 'American' Idol, Jennifer Hudson & Simon Cowell Reunited On Her Talk Show
By Radhika Menon
Will Archie & Lilibet Attend The Queen's Funeral?
By Sam Ramsden
Adam Devine Hilariously Let Everyone Know He’s *Not* Accused Cheater Adam Levine
By Brad Witter
Shaina Explains Why Natalie’s 'Love Is Blind' Text Claims About Shayne Have “No Validity”
By Grace Wehniainen
Get Even More From Bustle — Sign Up For The Newsletter