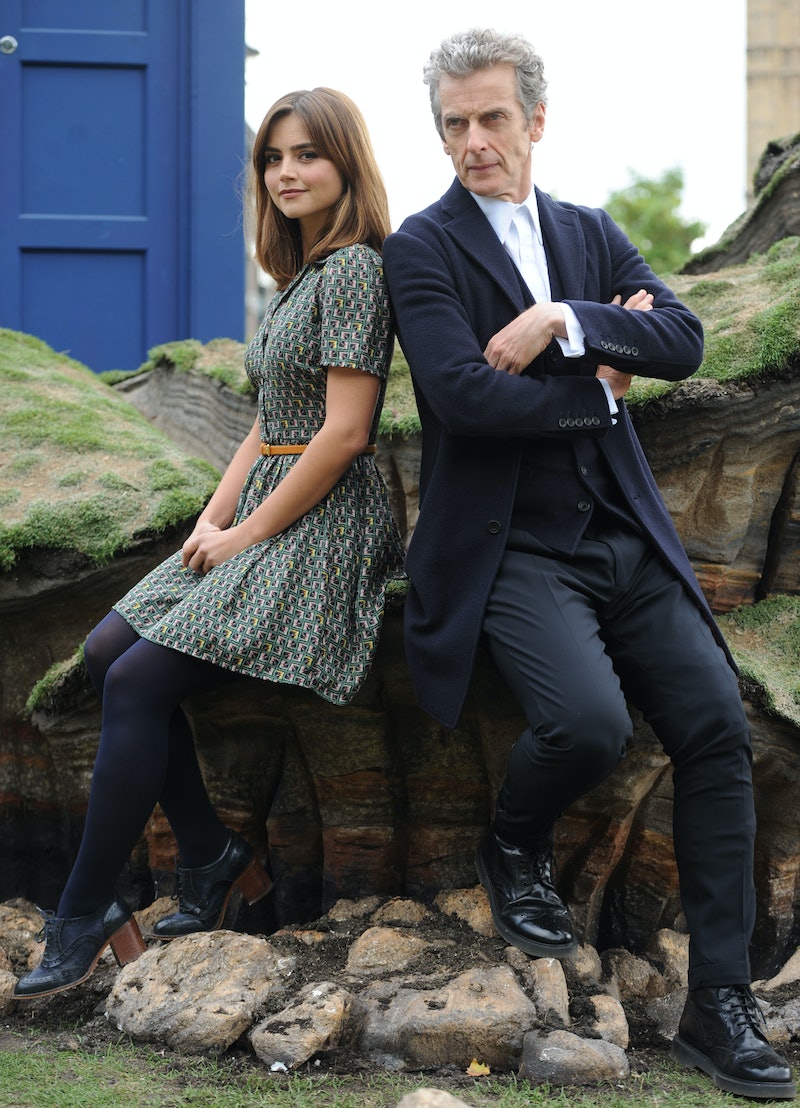 There are two things that make Doctor Who fans completely lose their minds: revealing who the next Doctor will be, and preparing for the annual Christmas special. Since we've already been #blessed with the prickly Peter Capald as our next Doctor, a dastardly yet still loyal and forthright Doctor to be sure, we can move on to obsessing over the magical holiday episode to come. BBC One has just released a teaser trailer for all of its Christmas extravaganzas including Call the Midwife, Strictly Come Dancing, and of course Doctor Who. There's even a sneak peak of Judi Dench in Roald Dalh's Esio Trot... just in case us Anglophiles needed another reason to wish we had more than BBC America at our disposal.

The network saved the best for last in the trailer by holding off until the very last moment to show The Doctor getting a kiss from Clara. I repeat THE DOCTOR AND CLARA SHARE A KISS DURING THE DOCTOR WHO CHRISTMAS SPECIAL. THIS IS NOT A DRILL.

This year's special has a lot to live up to when compared to last year's "The Time of the Doctor," which broke many series records for viewership. After all, it was the goodbye to Matt Smith and the introduction to Capaldi. The time-traveling saga of 2013 was equally action-packed, hilarious (hello naked Doctor!) and heartbreaking. It might be hard to imagine topping last season's game-changing 800th episode, but, based on this little snippet, it appears fans still have plenty to look forward to in this year's "Last Christmas." According to Capaldi, the episode will be, "one of the scariest ones...and one of the happiest."

Brace yourselves Tumblr, the Doctor Who Christmas special (and probably hundreds of Daleks) is coming! Check out the clip below.