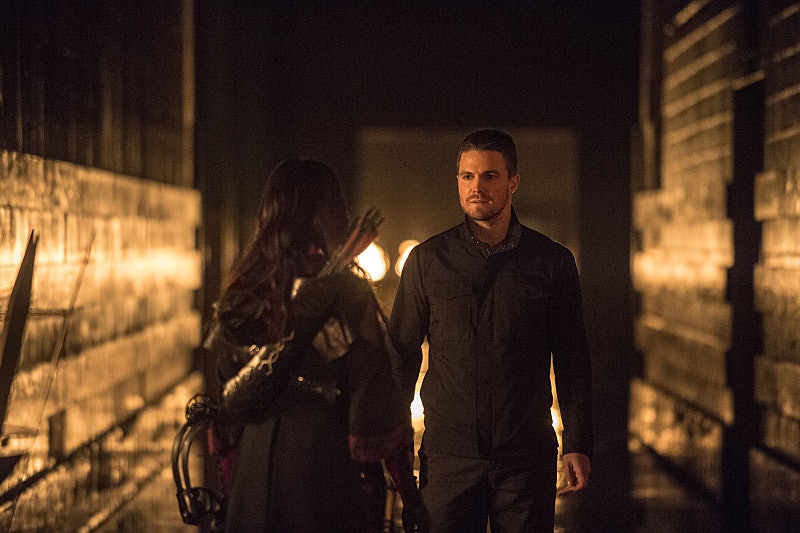 For the show, they've made Ollie's girlfriend, the Black Canary, a member of the League. But, at least in the comics, he's never truly joined R'as al Ghul or any other major villains. Even though the show is considerably darker than some of the interpretations in the comics, Green Arrow is purely a good guy, through and through. But his love for Robin Hood makes Green Arrow appreciative of a good posse — and he's been known to pledge his bow to an alliance many times over the course of the comics. Even though, like Batman, he's a hero without extraordinary superhuman powers, he has a totally different personality. He's not a devoted loner like the Dark Knight. And all the different groups he's joined over the course of his comics career prove it.

In the comics, this is a nickname for Oliver's family and associates. It's basically like his crew in the show, but instead of the original TV characters like Felicity, there are characters like Arrow's son, Connor, and his sidekick, Red Arrow.

The most famous DC hero team up is The Justice League, the organization that defends Earth from super villains both terrestrial and extraterrestrial. The team was started by Batman, Superman, Wonder Woman, Green Lantern, Martian Manhunter, Aquaman, and The Flash, but their roster expanded to encompass almost every DC hero. Green Arrow was one of the first additions outside of that core group. And he was basically the star of the DC Animated Universe show Justice League Unlimited.

In the 1970s, Green Lantern and Green Arrow teamed up to stop crime and combat social issues. Hal Jordan and Oliver Queen are a pair of do-gooders who take opposite views on how to approach fighting crime. Queen is a little grittier, but a social progressive who's not afraid to test the system. Jordan plays it a little safe, but that hails from his background as an Air Force pilot — he is willing to put his life on the line within the confines of the system. The name's not much to write home about, but the team-up is known to be one of the outstanding comic issues of the '70s and a notable DC title. So even without a trip to the dark side, Green Arrow knows his way around a team.