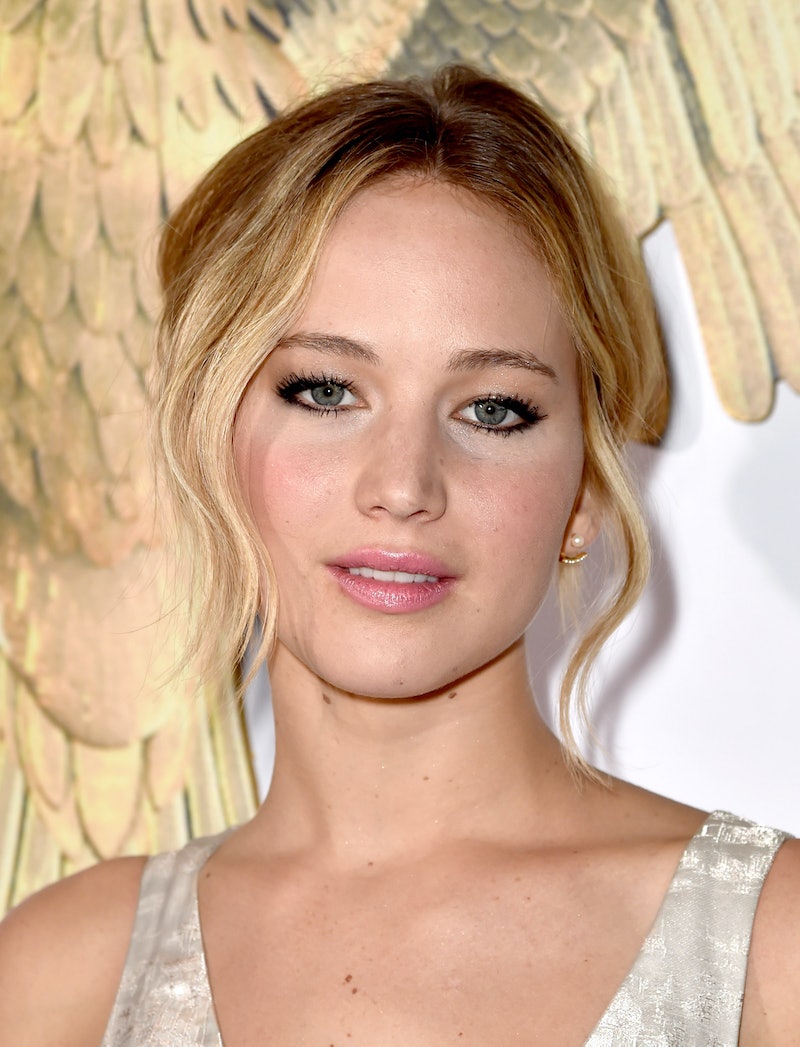 While Facebook has inevitably been snatched from our youthful hands and taken over by our loving and yet completely humiliating mothers, grandmas, and aunts, it's still a pertinent place for social media and pop culture discussions — even in the face of comments on your profile pictures from your nana telling you she thinks you're the sweetest, most beautiful girl in the world. Even then. So much so, that Facebook is a pretty accurate gauge on who's who in terms of the most popular, or talked about, celebrities. As Billboard explains, "Facebook has released the Top 10 Entertainers of 2014 (U.S.), based on how often people were mentioned in Facebook posts this year," and 2014's Facebook "Top 10 Entertainers" list is missing the mark just a tad.

I mean, I guess you can't argue with statistics, but coming from someone who seriously considered going into law for the very sake of arguing, here it goes: I don't get it. I mean, I do get it in some aspects. For instance, Beyoncé tops the list which is pretty on point but then somehow Pitbull made a number eight spot so previous logic is thrown out of the window. Also, there are people left out that I can't even fathom. So, in light of that, here are the celebs who I think should have been included (or maybe they were just lost somewhere in cyber space...) in the Top 10 "Most Talked About Entertainers" list:

How? How on EARTH did she not make this list? There isn't a second that goes by that I don't hear her or OF her.

While Kim almost always has a momentous year, 2014 was inevitably Kendall's. I don't think there was a piece of clothing she didn't strut in on a Paris runway.

This gal is always doing something newsworthy whether it's singing, dancing, acting, or sprightfully swaying in a sepia toned Instagram.

From one high profile relationship (Naya River) to an even higher profile one (Ariana Grande), mixed with some controversial songs, everyone is well acquainted with Big Sean and his extremely honest ways.

We will look back at 2014 as the year we finally appreciated the untapped well of wonderfulness that is Chris Pratt.

Her hubs, John Legend, made the list but she didn't and to me, that's a travesty because no one quite entertains me or so aptly conveys my thoughts in 140 characters.

This girl is all over the damn world and I mean that literally. From modeling in exotic locales, to hanging with celebs at basketball games, to filming a John Green movie, I think she's heading for world domination.

He's married to THE Queen Bey. How could he not be the name on everyone's lips? Or finger tips, because, really, who even speaks anymore?

I sure as hell don't know how to pronounce his name, but I see it every time I open my eyes.

From that amazingly amazing wedding to the, um, "elevator incident", Bey's sister was in the headlines nearly as much as she was.