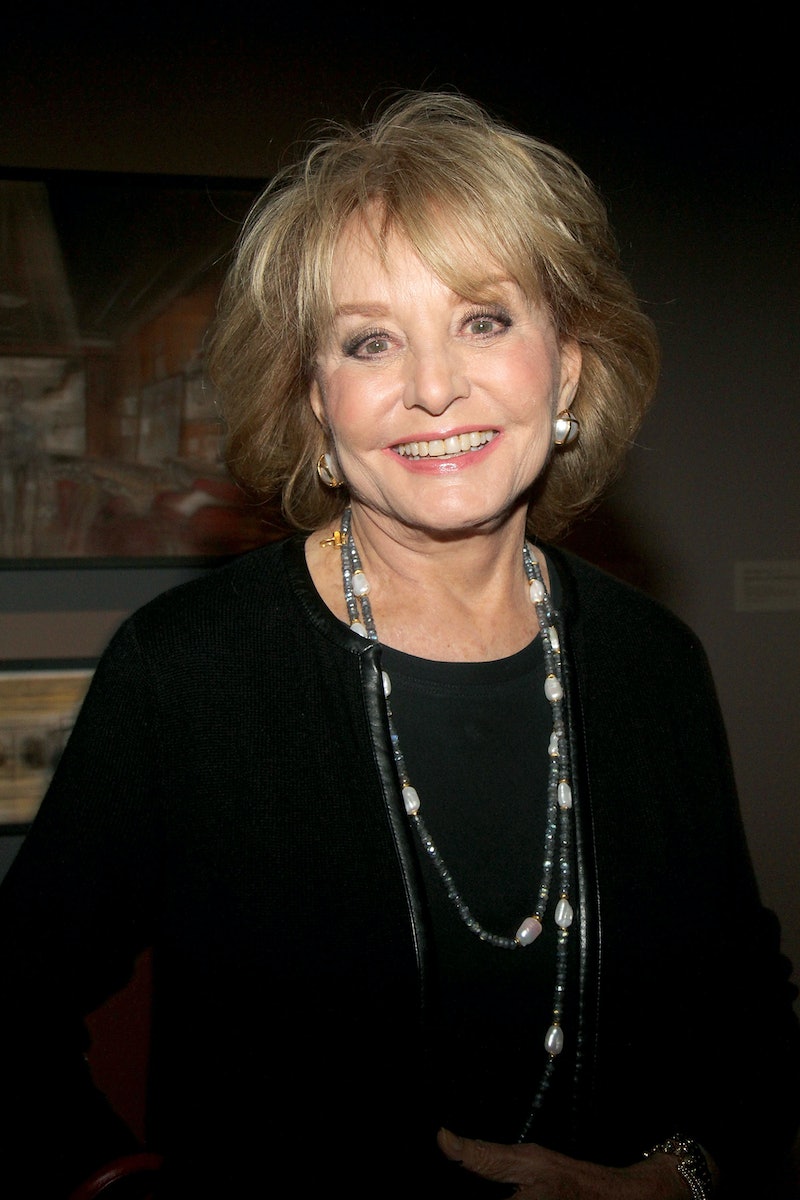 Barbara Walters may have just retired, but she's back for her annual "Most Fascinating People" special on Dec. 14 from 9 - 11 p.m. on ABC. But while the list of Walters' Most Fascinating people was already released earlier this December, there's still plenty of reasons to watch the special live. First of all, there's tons of nostalgic charm to watching the classic, Vaseline-smeared intros and simple, shot-reverse-shot in the age of HD. And she may pick a lot of people you've seen interviewed a dozen times before, but in between the Taylor Swifts and Scarlett Johanssons, there are other choices, like billionaires David Koch and Oprah — I imagine they'll have very different responses to the current climate of the world we live in. And only a little over half of the list has been released, so some of them will be surprises. Plus, even Taylor Swift and Scarlett Johansson could deliver some interesting insights, who knows.

But more than anything, the reason to watch live is the reason to watch anything live: you don't want to miss out. In the era before Twitter and Facebook made it so easy to parse over every word a celebrity said and PR pros made sure their clients didn't do anything embarrassing, there were plenty of memorable moments that went down between Babs and her "Most Fascinating" subjects. Some of them even happened as recently as last year.

While we're obviously leading up to a Hillary Clinton presidential run, the above interview marked the first time the former Secretary of State actually allowed the question to be asked of her directly. This was the first time she coyly non-answered that she was "considering" running for President in 2016. By the way, Clinton was named "Most Fascinating" person of the year in 1993, 2003, and 2013 — a nice bookend to when Walters planned to end the show last year.

In 2011, Walters gave Steve Jobs her highest honor, the year that he died and that the iPhone 4s was released. It was simultaneously a eulogy for a dead public figure and an indication of where technology was going. The invention of Siri and the loss of Apple's biggest creative mind, all in one segment.

Asking Monica Lewinski About Her Affair

Barbara Walters spent most of her career grilling politicians, so she can conduct these interviews with ease, slipping into tough territory like she's asking about the weather. So when she brought up Hillary Clinton in her interview with the President's former mistress in 1999, everyone, needless to say, was shocked she was able to pull it off.

In 2003, Walters got Martha Stewart to break the WASP code of honor and talk about the unpleasant reality of her indictment, including that she was both afraid to spend time in prison and that she was sure it would never happen.