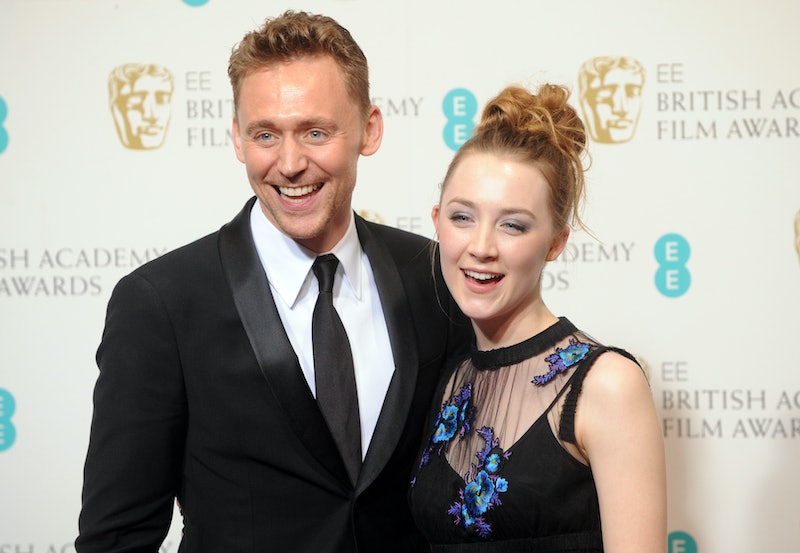 It's time to settle this once and for all: Who would make a better boyfriend, Tom Hiddleston or Benedict Cumberbatch? I know, picking one over the other is nearly impossible, but I've discovered that it can be done. After considering all the evidence, I've decided that Tom Hiddleston would make the best boyfriend. Sorry Cumberbatch, but you're already the most reblogged actor on Tumblr. You can't have everything.

This week, fans were already forced to vote Hiddles or Doctor Who's David Tennant for Best Actor in a Play. So, I figured people needed a break from deciding which BBC Brit was their favorite, and I did the hard work for everyone else.

I can practically taste the Twitter hate that choosing Hiddles over Cumberbatch is going to bring me, but I stand firm in my decision. Although Cumberbatch has many good qualities, Hiddleston is simply the better choice for a date.

So, if you can get over your utter disbelief that I managed to pick a favorite amongst the two BFFs, allow me to explain why I'm Team Hiddleston when it comes to who I'd rather have romance me. (And hey, Sophie Hunter, it's not too late to jump ship!)

His Perfect Date is Romantic

Hiddleston has two date options for you, and they're both perfect. First up is the conventional romantic date: "A beautiful dinner somewhere lovely, with boat-loads of flowers, chocolates and champagne," he says. But he also has a more casual, yet equally lovely option. "It might also be nice to wrap up warm and sit on a roof somewhere, with a cup of hot soup and your girl, watch the planes come in over London and listen to the night.” Sign me up.

Meanwhile Cumberbatch's ideal date is a little on the, well, gross side: "Fantastic meal, no washing up! Great conversation, time and enough laughter to get the digestion going." While digestion is important, I think Cumberbatch should shelve that in favor of some more romance.

He Doesn't Take Things as Seriously

A perfect example of the difference in levels of intensity between the two is their view on signing autographs. Here's how Cumberbatch feels:

What the f*** is this need for proof we all have? Why do people need me to ruin the front page of a book with my terrible signature so that they can prove that they’ve met me?" Will no one believe them otherwise? It’s f***ing weird.

While Cumberbatch brings up a good point, I kind of feel like overanalyzing fans is a fruitless effort. It's much better to take the Hiddleston frame of mind which is just to have fun with everything, signatures and all. After all, fans are the reason they're able to do what they love.

"Hiddleston" is a Much Easier Last Name to Adopt

Say things went well and you got married to Hiddleston. I would much rather be Mrs. Hiddleston and not have anyone make fun of my last name than be Mrs. Cumberbatch/Bundlesnatch/Cunderlatch or whatever other weird spellings the poor actor is given.

Who doesn't love a good hug? As far as I can tell, Cumberbatch is a little more reserved with his affection. He'll say "hug" but he probably won't give you one.

He Can Probably Say "Penguin"

Although there's no documentation of Hiddleston saying the word "penguin," the absence of video of him bungling it like Cumberbatch works just as well. I mean, sure, "pengling" is cute the first time but it would (probably) get old really fast.

Cumberbatch is a kind of spazzy dancer, but Hiddleston genuinely knows how to move his body. That could, you know, come in handy...for a dance contest or something ;)

He Knows How to Apologize

Google "Tom Hiddleston sorry" and you'll be treated to a multitude of GIFs of Hiddleston apologizing. The same doesn't happen with Cumberbatch, unfortunately. I think a man who knows how to say sorry is a rare find and someone to hold onto. Hiddleston wins this round.

If you dated Cumberbatch you would never be shown off to the Internet because he doesn't even have a Twitter account. If you dated Hiddleston you stand the chance of being posted about on his social media accounts. And if the celebrity you're dating doesn't show you off online, are you really dating them?

He's Flattering Just For the Sake of Being Flattering

When chatting about War Horse to Empire magazine, Hiddleston made this sweet comment about his co-star:

It was great, fantastic to work with Ben. He is having such an incredible moment in the sun, and I think is at the top of his game. He’s been in this business for 15 years, and I remember when I was still in drama school going to watch him in theatre in a production of Hedda Gabler and thinking to myself, "I hope he gets the success he deserves."

I'd rather date someone who was nice for niceness sake. Sorry Cumberbatch!

When it comes down to it, Cumberbatch would make a pretty terrible boyfriend seeing as how he's engaged to someone else. Hiddleston, meanwhile, is single so you actually have a shot with him!