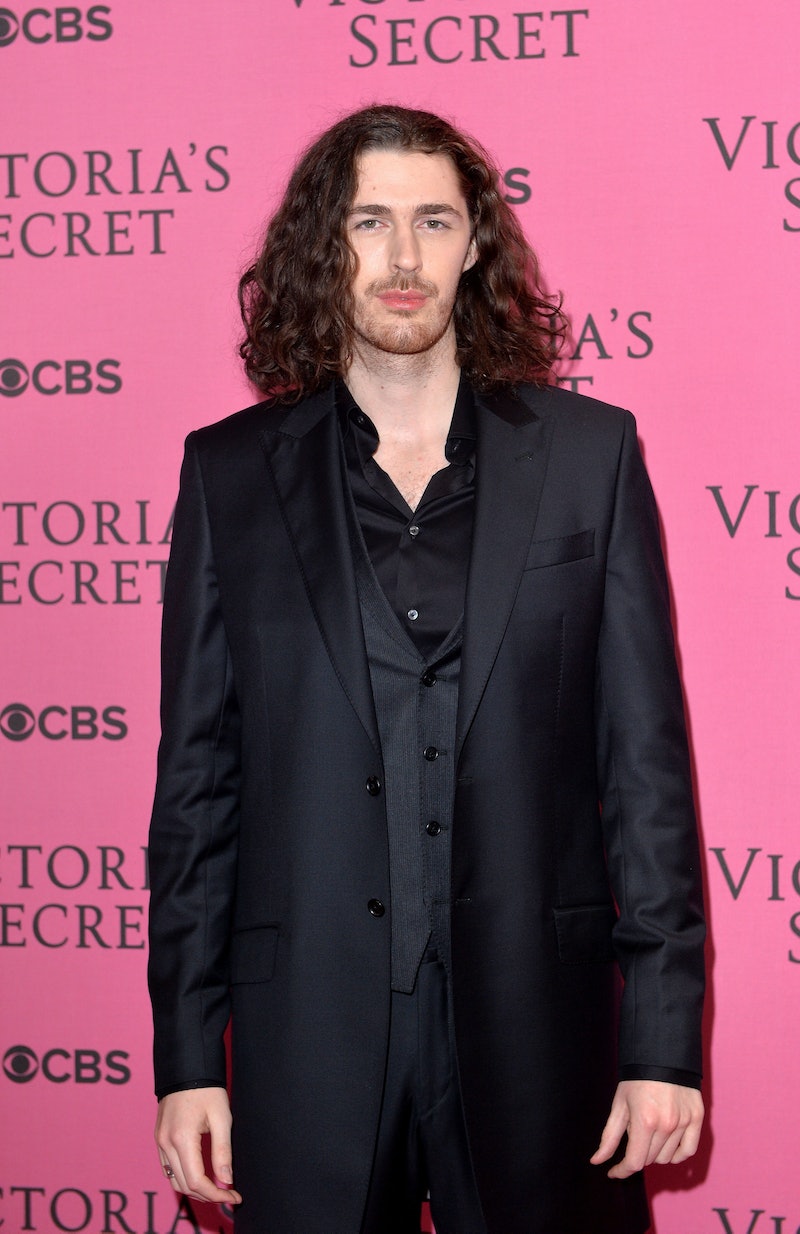 For someone who has Hozier's self-titled debut album memorized, I definitely don't know much about Hozier himself. The good news? There's plenty of time to learn before we see his performance on Tuesday night's 2014 Victoria's Secret Fashion Show. Since his hit single "Take Me To Church" hit radio airwaves earlier this year, it's become obvious: this man has the voice of an angel, so it's totally appropriate that he'll be singing to them as they walk the VS runway. But beyond that, there's something else I'm wondering, since so many of his songs revolve around being in love — is Hozier single?

As it turns out, yes. Despite the fact that he describes a girl who's "a giggle at a funeral," the relationship Hozier — whose real name is Andrew Hozier Byrne — was singing about in "Take Me To Church" has since ended, according to the New York Post. In fact, he wrote the song during their breakup, using the phrase "take me to church" as a euphemism for having sex... although we were all pretty aware of that fact, right? And although he hasn't spoken too much about the past relationships that shaped his album, he has talked about the feelings behind his lyrics.

He told The Irish Times,

I found the experience of falling in love or being in love was a death, a death of everything. You kind of watch yourself die in a wonderful way, and you experience for the briefest moment — if you see yourself for a moment through their eyes — everything you believed about yourself gone. In a death-and-rebirth sense.

Since I'm a big fan of Irish musicians — OK, I'm a big fan of Niall Horan from One Direction — I'm not surprised that I've developed such a fondness for Hozier. However, I am going to have to forfeit this round, because although Hozier's single, I am not. He's all yours, y'all. Take good care of him.

More like this
Kanye West Apologizes To Kim K "For Any Stress I Have Caused" In Rare Interview
By Jake Viswanath
DJ Tyler West Is Probably Safe From The “Strictly Curse”
By Maxine Harrison
Even If She Tried, Beth Ditto Couldn’t Stay Away From Music
By Ivana Rihter
Kevin Kreider Finally Asked Out Kim Lee On 'Bling Empire'
By Brad Witter
Get Even More From Bustle — Sign Up For The Newsletter