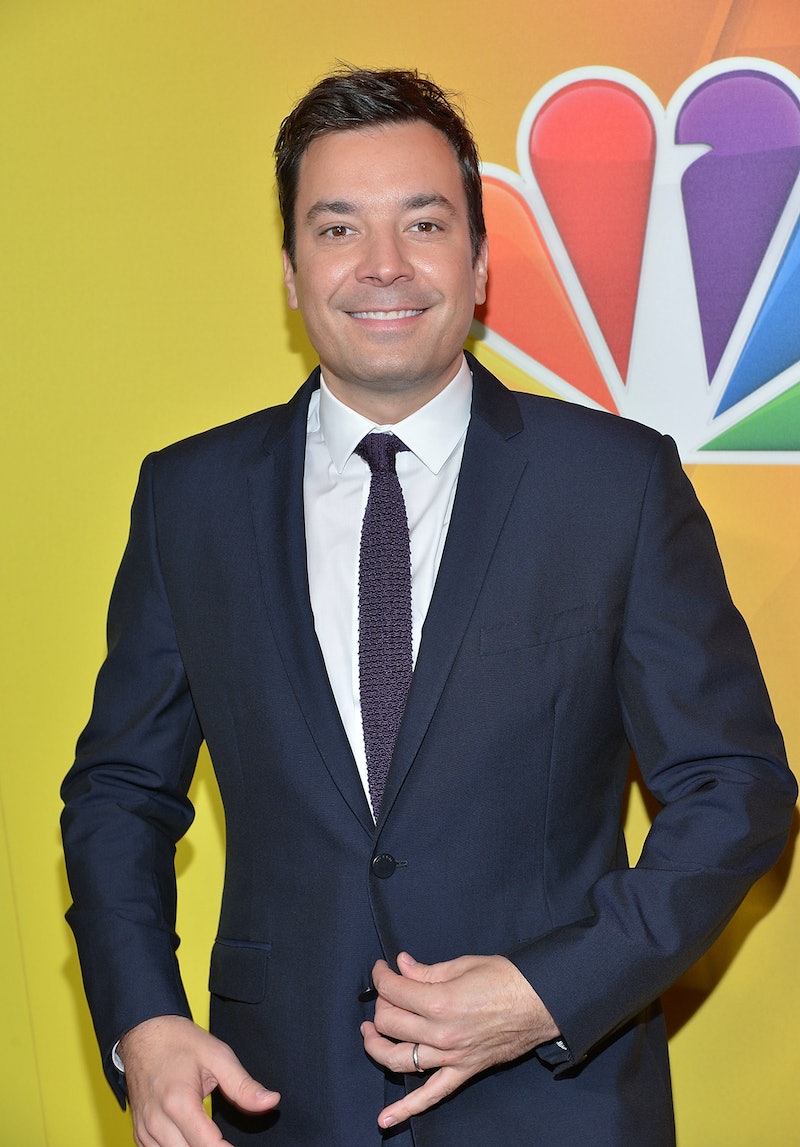 We already know that this former Saturday Night Live comedian and current host of The Tonight Show is adorable, hilarious, and a big hit. Well, apparently, Jimmy Fallon's new baby girl France Cole is also a smash hit — in the cuteness department, that is. Fallon revealed the first baby pics of his second daughter during Monday night's Tonight Show broadcast, which he returned to after taking some time off due to his daughter's birth. I didn't really expect anything less precious, especially since Fallon and his wife Nancy Juvonen are already parents to sweet Winnie Rose.

As you can se below, we see Frances sleeping, sleeping, and finally with her eyes open. Another photo shows Fallon, Juvonen, and Winnie in a family selfie. Yep, it's official, The Fallons make some pretty cute kids. Oh, and the parents are swell too, of course.

Also, and in case you were wondering, Frances is known in their household as "Franny," based on this tweet from Fallon. OK. The cuteness just skyrocketed.

Fallon also joked about his baby's arrival, which, of course, comes with some fatigue. “Welcome to the Tonight Show, I’m your host, completely exhausted!” he joked. Later on he said the show would be renamed “Early Evenings Starring Jimmy Fallon.” Either way, I would totally tune in.

Like Winnie, Franny was born via surrogate and surprised Fallon fans when she arrived into the world on Dec. 3. Now she's putting a smile on everyone's faces, especially her parents. These two little girls are very lucky to have such a cool dad, who will most likely embarrass the crap out of them.

Congrats, Jimmy, on your adorable family!