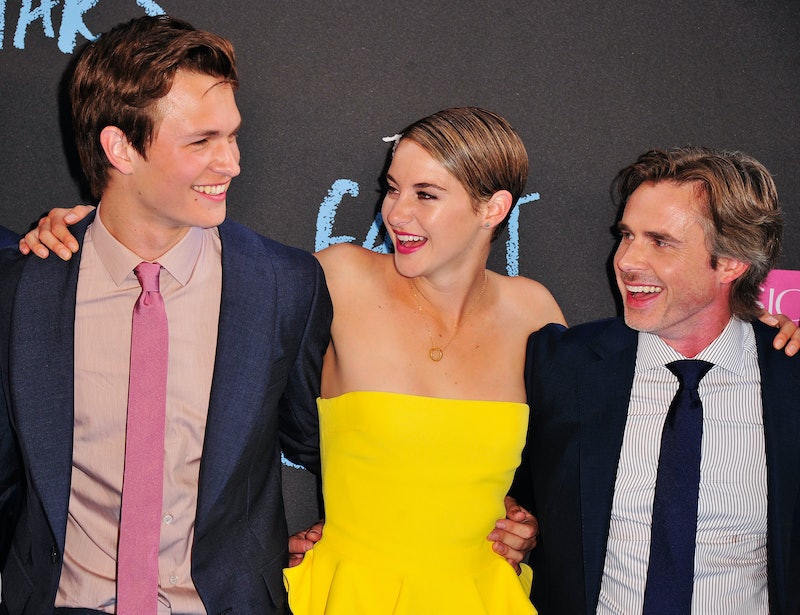 Look, there are a few basic things most people understand about modern Hollywood at this point. One of those things, visible most weekends at the box office, is that studios will make a sequel out of practically anything that will make them money. And so it is that we really shouldn't be surprised by continued questions of if there will be a sequel to The Fault In Our Stars . But we should squash those question like a bug — and, thankfully, TFIOS star Shailene Woodley seems to agree.

There's a pretty obvious reason The Fault In Our Stars does not lend itself to sequels despite its popularity: the stars of this movie have terminal cancer. The first movie sees (spoiler alert? Nah) the death of one of them, and a hypothetical second film would just entail watching the death of another. It's not something we need; in fact, any attempts to squeeze more tears out of that stone would fall squarely into the "tacky" category. Not everything should have a sequel. This particular one would be a little grotesque, and attempts to make it about people who aren't Hazel (her parents, for example, or even Isaac) would read a tad desperate. Some stories are best told in a two-hour time frame and then left to the imagination.

As Woodley put it in an interview with MTV:

Death is something that just comes, as is life. And for us to create a sequel, I think is unfair to all the other people who have ideas in their head about where Hazel’s life goes.

John Green put the kibosh on a TFIOS sequel a long time ago, but just in case there are any further rumors: NO.

More like this
Everything You Need To Know About The 'Knives Out' Sequel
By Bustle Editors
Did 'Grey’s Anatomy' Just Drop A Major Taylor Swift Easter Egg?
By Grace Wehniainen
9 Movies & TV Shows That Prove Stanley Tucci Elevates Everything He’s In
By Jake Viswanath and Radhika Menon
At 14, Jurnee Smollett Was Taking Meetings With Missy Elliot & Lauryn Hill
By Chloe Foussianes
Get Even More From Bustle — Sign Up For The Newsletter