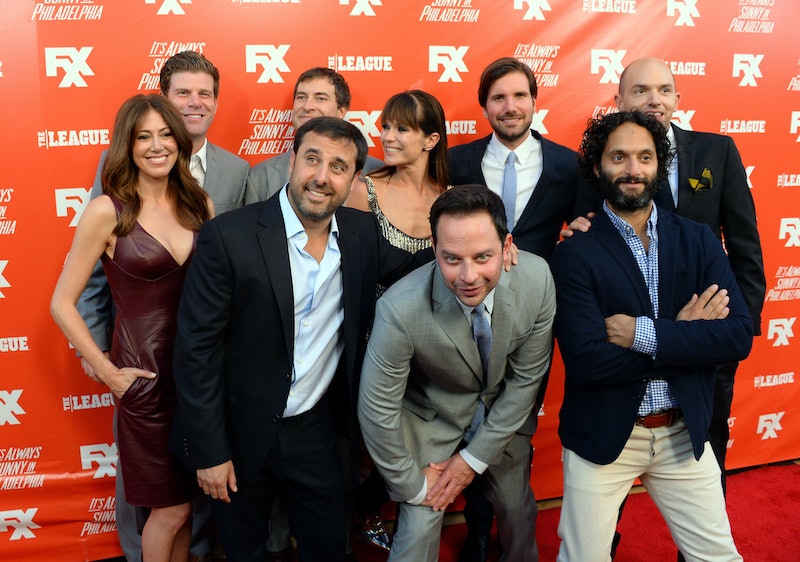 The faint sounds of someone freaking out and screaming "No, no, no!" over and over that you hear in the background right now? Yep, that's just me, reacting to this terrible news. I mean, yes, there is some good news in here; but, as a hardcore The League fan who has religiously watched every episode, the bad news definitely outweighs whatever good there is. Apparently, though The League has been renewed for a seventh season — that is the good news, by the way! — it'll also be the long-running FX/FXX comedy's final season.

TEARS. TEARS STREAMING DOWN MY FACE.

To be fair to the show, I guess, it has been on an awfully long time — seven seasons is an amazing run for a comedy, let alone one on basic cable, and it's even more of a feat that every season has been consistently witty, fresh, and hilarious. Still, I can't say I'm not going to miss seeing these silly frittatas and their fantasy football league shenanigans on my television every week — and the thought of no more Rafi, ever, is enough to break my heart all over again.

In response to the announcement that the series is ending, series co-creator Jackie Marcus Schaffer — who created the show with her husband, Jeff — released the following statement: "Most players in the NFL don’t make it to seven seasons, and most TV shows even less so...We want to thank FX Networks and all our Eskimo brothers and sisters. NFL teams would be lucky to have fans as diehard as ours."

Season 7 will air on FXX next year. Now, if you'll excuse me, I'm going to go cry a puddle the size of the Mississippi River.

More like this
The Industry Creators Have Already Done “A Lot Of Thinking” About Season 3
By Brad Witter
'Rap Sh!t' Season 2 Is Officially Happening & Will Include "More Seducing & Scheming"
By Brad Witter and Grace Wehniainen
An 'Everything Everywhere All At Once' Star Just Joined The 'Loki' Season 2 Cast
By Grace Wehniainen
Nicola Coughlan Shared A Lady Whistledown Excerpt From ‘Bridgerton’ Season 3
By Grace Wehniainen, Alyssa Lapid and Sam Ramsden
Get Even More From Bustle — Sign Up For The Newsletter