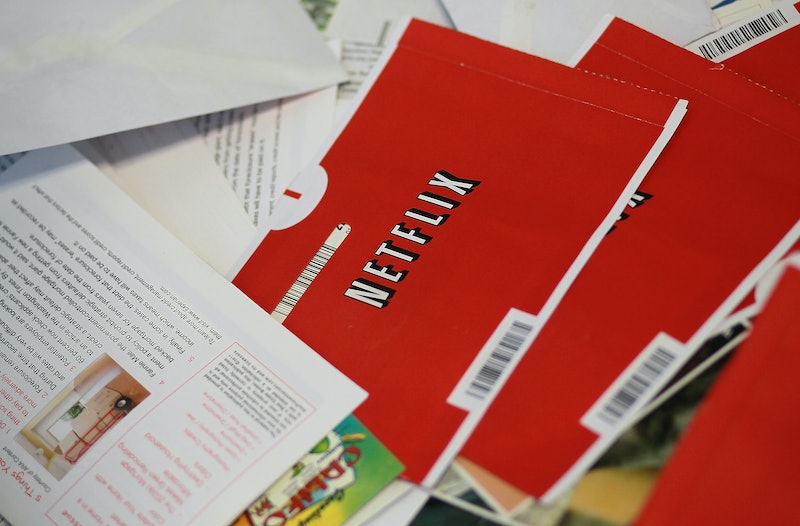 Netflix's current original series line-up is, without a doubt, some of the best television around: Orange Is the New Black, House of Cards, and BoJack Horseman (amongst others, of course!) are critically lauded and amazing to boot — so it's great news to know they're planning more shows. Even better news: Apparently, it's a lot more. During a recent conference to discuss what the video rental/streaming platform has planned for the future, Chief content officer Ted Sarandos revealed that Netflix is aiming to debut a large number of original shows in the future, to the point where a new series premiere could happen every two and a half weeks.

"I think that we can expand on our original programming … from where we are today to probably as many as 20 original series," Sarandos said. "So the idea of launching original series or [an] original season of content every two half weeks or so...[Netflix] will eventually be the largest producer of original content in the world."

While I'm sure that it'll take the video streaming site a while to hit this goal — developing new shows, after all, takes a lot of time, especially if they plan to premiere a new series or new season every three weeks or so — it's great news that Netflix plans to focus on releasing new programming. Not only does it mean more quality shows available to binge-watch whenever our hearts so desire, but it also proves the fact that streaming video really is the future of television — Netflix already sweeps awards shows with just a few original series, so imagine what'll happen when they've got upwards of 20.

(In the meantime, though, Netflix — a new season of Orange Is the New Black would be splendid. Just sayin'.)

More like this
Devi Is Going To Meet A “Smoldering Bad Boy” In ‘Never Have I Ever’ Season 4
By Jack Irvin and Gabrielle Bondi
Netflix Reveals First Look At Wednesday In The 'Addams Family' Spinoff Series
By Bustle Editors
What’s New On Netflix: Ana De Armas’ 'Blonde' & A Nick Kroll Special
By Arya Roshanian
What’s New On Netflix: Meet 'The Real Bling Ring'
By Arya Roshanian
Get Even More From Bustle — Sign Up For The Newsletter