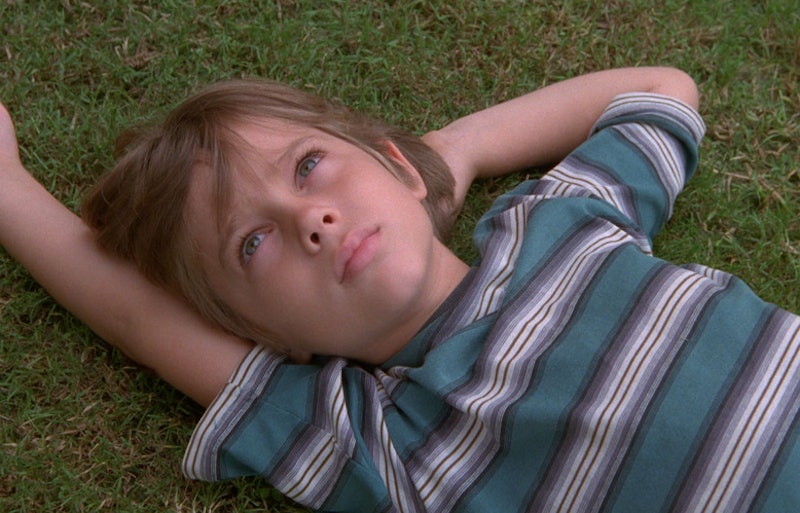 We are in the midst of awards campaign season, so get ready to hear a lot of gripping behind the scenes details from this year's contenders. One of the big ones is Boyhood , that movie that followed one boy's growth over 12 years from childhood through to college and which will almost surely make it into the Best Picture roundup come Academy Awards time. A behind the scenes look at Boyhood 's recently been released on Hulu by IFC Films, and it's a pretty good look at what an epic undertaking a twelve-year shoot is — and what it requires from the cast, crew, and story.

The feature is ten minutes long, but considering it's summing up twelve years of production I'd say that's a rather conservative cut. It follows director Richard Linklater explaining the conception of the film, why he chose Ellar Coltrane for the lead role, how his daughter Lorelai wound up a part of it, and how they created the look and feel of the film. It's a pretty standard feature when it comes to the explaining of the film, but like Boyhood itself, this shines not because anything incredibly unique is being said but more through the how it's being presented: It's just as cool to jump from Coltrane young and just starting out his filming as Mason to Coltrane as a teenager discussing how he and Mason differ as people. Around year ten, Linklater talks a bit about Coltrane's changes in relation to to the production:

This is one of the first years where Ellar has evolved into such a co-collaborator. You know, in the early years it was sort of manipulating a performance from a kid, to now. ... I work with Ellar the same way I work with Ethan [Hawke] now.

See the feature for yourself below.