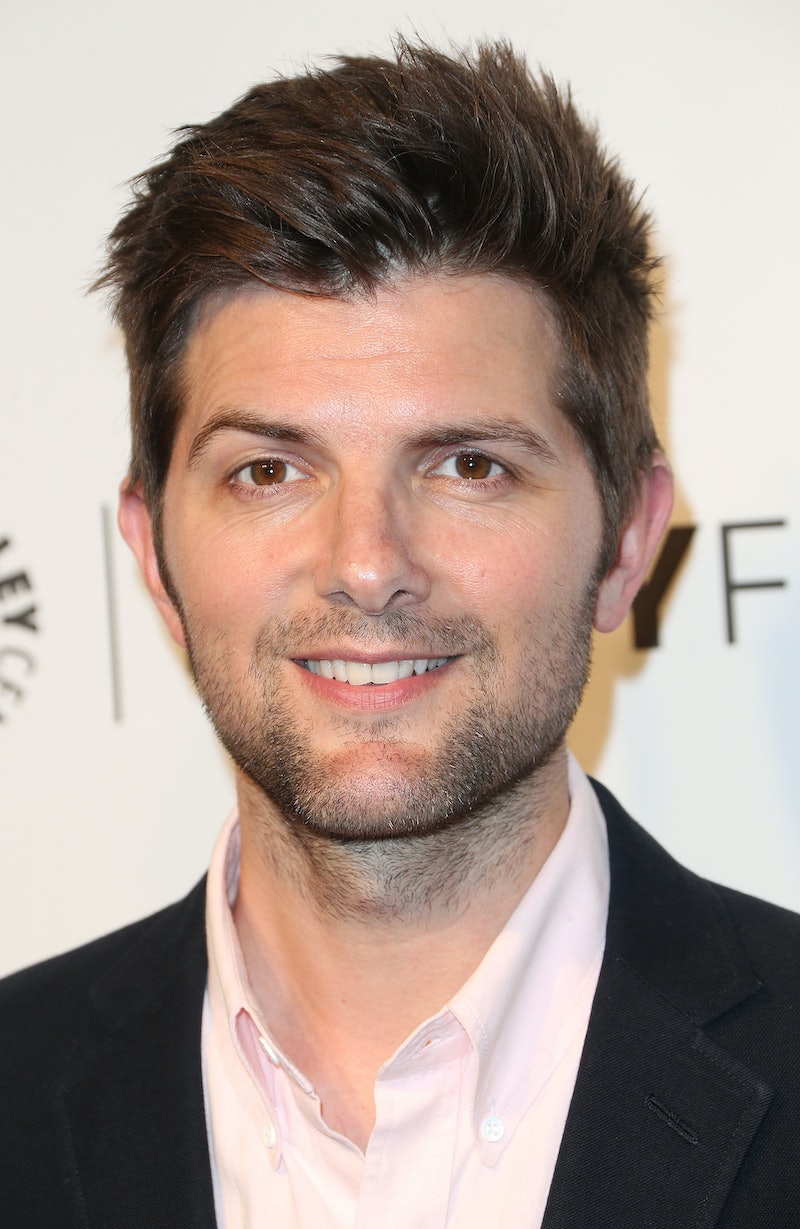 If you're a die hard Parks and Recreation fan, you know a certain hilarious and debonair actor by the name of Adam Scott — or as we all lovingly refer to him, Ben Wyatt. Now, while he and Amy Poehler may be our dream team comedy couple on the show (Ben and Leslie FOREVER), in real life they're not actually an item, nor do they either of them have surprise triplets. A total bummer, I know. But this begs the question, if Scott is not with who we ship him fictionally, who is he with? And, is Adam Scott married? Because if not, I know a few people who'd be more than interested...

Unfortunately to those pining away for Scott, it turns out, he is. For a really long time, especially in terms of Hollywood relationships. The Parks and Rec actor married Naomi Scott almost a decade ago in 2005. The couple also have two children together, a son and a daughter, named Graham and Frankie. In addition to being funny and talented, apparently he has a penchant for naming kids as well, because those monikers are the sweetest. Which, I'm sure is due in part to his wife, who is pretty kick ass herself.

Here are some facts you may not know about Naomi Scott:

She was an associate producer on Jimmy Kimmel Live!

She's just as funny as her husband, having been a producer for The Andy Milonakis Show.

Who would've thought?! She made all that ridiculous magic happen.

She created and wrote for "The Greatest Event in Television History" along with Adam.

She had a bit part in the movie Kissing Jessica Stein.

Where she played, "Seductive Woman at Gallery."

She has good taste in men. Obvs.

And they look so damn cute together!

More like this
'Grey's Anatomy's New Intern Got Advice From Dr. Bailey Herself
By Grace Wehniainen
Paul Mescal, Man Of Mystery
By Samantha Leach and Heather Hazzan
Nicola Coughlan’s Description Of Meeting Olivia Colman Is Just So Nicola Coughlan
By Sam Ramsden
The 'Reasonable Doubt' Cast Includes A 'Save The Last Dance' Reunion
By Grace Wehniainen
Get Even More From Bustle — Sign Up For The Newsletter